Law Enforcement is currently searching for an unknown subject in the Quinn Creek area of Bozeman Pass who was involved in a shooting with law enforcement earlier this evening.  Suspect is a white male with a red mohawk that is pressed down.  The suspect is considered armed and dangerous.  If seen, do not approach and call 911 immediately.

This release has been amended to reflect updated suspect information.

This is a message from the Gallatin County Sheriff’s Office. An armed suspect is currently being looked for by law enforcement in the Quinn Creek area on Bozeman Pass. The suspect was involved in a shootout with law enforcement and is now on foot in the area. Everyone in the area is to remain inside their houses with their doors locked and do not open your doors. Law enforcement is currently searching the area and will be moving around the houses. If someone who is not a law enforcement officer in uniform approaches your home, call 911. More information will be provided when it is available. This message was sent at 2:30 am on July 11th.

Sunday morning at 11:45 , Sheriff’s Office Deputies, Sheriff’s Search and Rescue, Three Forks Fire, Willow Creek Fire, AMR and REACH Air Medical responded to a report of an unresponsive man in the Jefferson River whose kayak had flipped at the diversion dam, just south of the Sappington Bridge. Rescuers found 72 year old Bruce Vanlandingham of Bozeman on an island between Sappington Junction and Williams Bridge.   CPR was in progress when responders arrived and continued until the man was pronounced deceased at Bozeman Deaconess Hospital. Cause of death is being investigated by the Office of the Sheriff/Coroner.

Sheriff Gootkin stated, “Two people were out on calm water doing everything right and tragedy still struck.” The Sheriff would like to remind floaters that accidents can happen on the calmest of waters.  Ensure you float with a partner, wear a PFD and carry some form of communication in a waterproof container so you can call for help if needed.  Photos courtesy of the Sheriff’s Office. 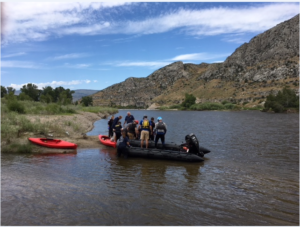 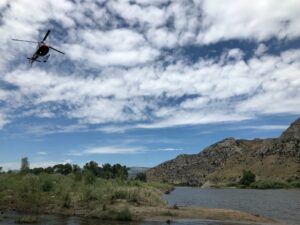 (Belgrade, Mont.) On June, 30, 2018 at approximately 10:00 AM, Belgrade Police Officers were dispatched to the 300 block of 9th Street as it was reported a male subject was trapped under the hood of a vehicle.  Officers responded and located an adult male victim who was pronounced dead at the scene.  This matter is still under investigation pending a report from the Medical Examiner’s Office. The identity of the victim has not yet been released by the Gallatin County Coroner’s Office.  Any further questions can be directed to the Gallatin County Coroner’s Office or Detective Sergeant Dustin Lensing with the Belgrade Police Department (406)388-4262.