(Three Forks, Mont.)  At 11:10 this morning Sheriff’s Deputies were able to negotiate a suicidal subject out of a residence on 2nd Ave.  The person will be transported to the Hope House in Bozeman for a mental health evaluation.

(Three Forks, Mont) At 7:39 this morning Deputies were dispatched to the area  of 2nd Ave in Three Forks for a person threatening suicide.  Deputies attempted contact and were met by the subject with a shotgun.  The Special Response team was dispatched and assisted the Deputies on the scene with containing the area and conducting negotiations to peacefully resolve the situation and provide the appropriate mental health assistance.  Neighbors in the immediate area were notified and asked to stay inside but no evacuations have been ordered.  Sheriff Gootkin asks that the public avoid the area and let the Deputies do their work.

On Thursday May 9th  around 9AM a homeowner on Gallatin River reported a capsized raft on an island. She did not see any occupants. Gallatin County Search and Rescue responded to the scene. En route it was determined that the owner had called 911 dispatch’s non-emergent number, but left a message with the civil office.
Given the high flowing water, it was decided that utilizing specially trained members of the SAR Swift Water Team to retrieve the boat was the safest option. Two kayakers crossed the river to the island where the raft was pinned. They dislodged it, and a third kayaker steered it to shore.

The owner of the boat did the right thing by trying to report his boat lost. However, he did not select the right option when calling the non emergency line. Sheriff Gootkin asks that if you lose your water craft in the river to please call 582-2100, and select option 2: make a report or speak with a deputy.

(Gallatin County, Mont.) Warm weather this weekend brought out people and people brought out Search and Rescue Volunteers this weekend, fortunately none ended in injury.  Starting Saturday Sheriff’s Search and Rescue Volunteers assisted the Bozeman Police/Gallatin Sheriff’s Special Response Team on an over night tactical exercise on the west end of the County.  Saturday afternoon about 3:00 Rescuers were sent to the area of the dam on Hebgen Lake for a water rescue.  On investigation it turned out that the person’s boat had died and they just needed a tow to shore.

At about 6:30 PM, the Sheriff’s Office received a call reporting a male in the area of Fairy Lake who had got his foot stuck in a cattleguard.  Members of Sheriff’s Search and Rescue along with AMR ambulance and the Bridger Canyon Fire Department responded to the area.  Using vehicle extrication tools from the Fire Department that had to be transported through the snow by SAR vehicles rescuers were able to cut the person from the cattle guard and he was able to walk the rest of the way out to his vehicle.

Sheriff Gootkin says “We see this kind of call every couple of years.  As seen in so many different events, the simplest of trips can suddenly change.  He was very stuck and would not have been able to get out without the proper tools.”  Sheriff Gootkin reminds everyone to be as prepared as possible when making a trip into the backwoods including being prepared to stay overnight if needed. 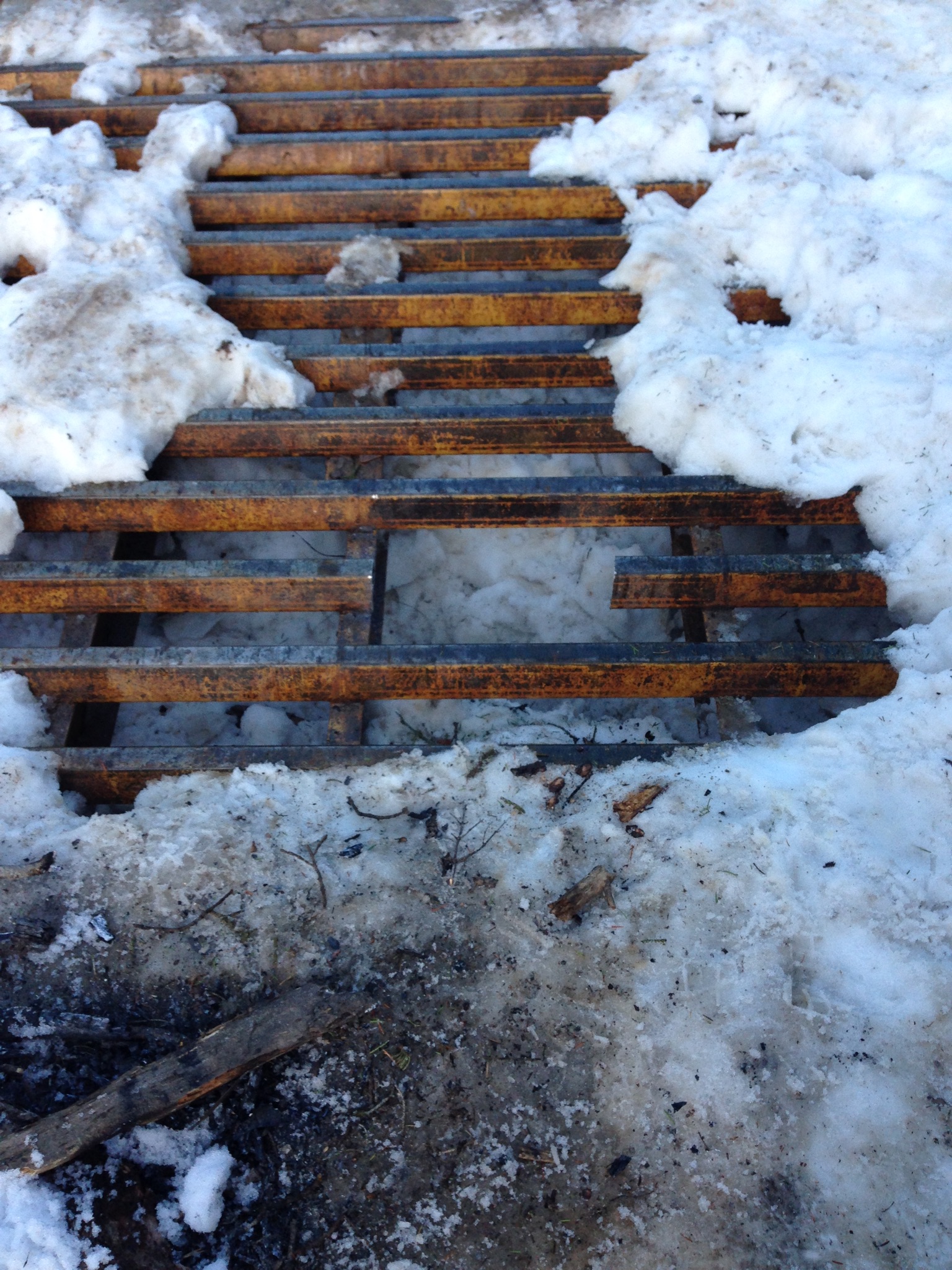 At about the same time rescuers were sent to Hyalite Canyon near Twin Falls for a climber stranded on the cliff.  At 7:12 PM Search and Rescue responded to Hyalite Canyon for a report of a 19 year old male from Bozeman stuck in a predicament. He and a friend had been snowboarding above Twin Falls and decided to rappel the falls as a means of descent. The friend went first and made it to the ground. The male followed but his prusik (a common hitch used to back up a belay device) locked up on the rope. He was free hanging and was not able to move up or down.  The friend hiked out and called 911. The male hung for over an hour before swinging to the cliff side to break off a small rock. He used the rock to gnaw away the prusik and lower himself down. The male then hiked out to the Trailhead.  Though the man managed to get down without the aid of Search and Rescue, Sheriff Gootkin would like to remind climbers to be educated in self rescue. Being able to ascend a rope or carrying a knife, would have eliminated the need for a search and rescue callout.

At 11:13 PM SAR units were sent to the Hyalite Dam for a missing hiker.  The 53 year old man walked out to the trail head before rescuers arrived and the call was canceled.

Sunday Morning at 9:49 SAR was sent to Old Place Lane in the Valley for a missing child.  The child was found before units arrived.  Sheriff Gootkin encourages parents and care givers to report missing children, disabled or elderly that are missing early.  Often time is of the essence and the earlier we get the call the better our chances of finding them quickly.

At 4:45 PM Sunday Sheriff’s Rescuers, AMR and the Gateway Fire Department were sent to the area of Spanish Creek on the Gallatin River for a kayak upside down going down river.   After locating the kayak responders spent over a hour investigating to see if there was a person associated with it in the water.  They were able to ascertain the owner who had lost it near House Rock when he was helping his daughter who had lost her boat.  Search and Rescue water rescuers retrieved the craft from a log jam and got it back to it’s owner.  Sheriff Gootkin asks that if you lose your water craft in the river to please call the non emergency line at 582-2100 and report it.  “Guaranteed we will get a dozen calls from the people going down the highway reporting someone in trouble in the river.  Giving us a call will save a lot of time and risk to our rescuers” he said.  “Our thanks go out to the dedicated volunteers of Search and Rescue who spend hundreds of hours training and responding to calls in this County.”  #####

Wednesday, June 1, 2016 – 10 AM
The water tower was drained last night, and all of the water in town was exchanged. It will probably take a full day for results to be noticeable. The Town is asking the residents to call the Town Office tomorrow at 284-3235 and let us know if there is still discolored water in homes or businesses. Public Works is working with the DEQ today to take samples for further testing and determine a solution. Exchanging the water is a temporary solution. The long term solution may be getting a diffuser and scrubbing the water mains. If the water testing turns up anything that is a danger to public health, a notice will be issued. The Town of Manhattan apologizes to its water customers for the inconvenience this issue has caused and we are working to correct it.