On February 14, 2021, at 3:40pm, two snowmobilers were riding in the Portal Creek area when they became stuck in a ravine. They could not get out and were able to contact a friend to advise that they were stuck. The friend called 911 and gave dispatch the GPS coordinates supplied by one of the snowmobilers.

Gallatin County Sheriff Search and Rescue in Big Sky responded and got as close to the snowmobilers as they felt they could without making the situation worse due to the rough terrain. The stuck snowmobilers were directed to hike out to the SAR members to avoid causing a larger problem.

Search and Rescue members made contact with snowmobilers and transported them to safety without incident. 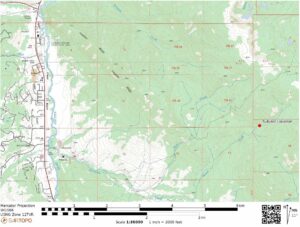