Rescuers from Gallatin County Sheriff Search and Rescue in West Yellowstone, and Montana Fish Wildlife and Parks responded to assist.

Due to fresh snow, the snowmobiler had taken a wrong turn at what appeared to be the main trail, which unfortunately led into a steep canyon with deep powder. The stuck snowmobile was designed for trail use and struggled in those conditions.  Volunteers were able to get the snowmobile unstuck and safely escort him back to West Yellowstone without incident. 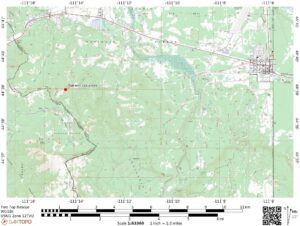