(Gallatin County, Mont.) Rescuers with Gallatin County Sheriff’s Search & Rescue in West Yellowstone were busy Christmas Day. After a mutual aid call from Yellowstone National Park was cancelled, volunteers barely had time to return home before the next call came in.

At 12:10 PM, a 43-year-old woman crashed her snowmobile and sustained a leg injury while snowmobiling on the Two Top trail system, about 8 miles southwest of West Yellowstone. She missed a corner and went off trail, flipping her snowmobile. SAR volunteers reached the patient on snowmobiles with a specialized snow ambulance. She was placed on a backboard and loaded into the snow ambulance, then transported off the trail system to an awaiting ambulance from the Hebgen Basin Fire Department. The patient was then transported by ambulance to Madison Memorial Hospital in Rexburg, Idaho for further evaluation.

At 2:45 pm, shortly after the Top Two call ended, West Yellowstone Police Department Dispatch received a 911 call from a 63-year-old woman who had fallen while skiing on the Rendezvous Ski Trail about three miles south of West Yellowstone. She had sustained a knee injury and was unable to ski back to town. SAR volunteers reached her quickly due to a snowmobiler who saw what happened and was able to provide GPS coordinates. She was loaded into the snow ambulance and transported to the Search & Rescue building before being transported by her friends to a hospital for further medical evaluation. 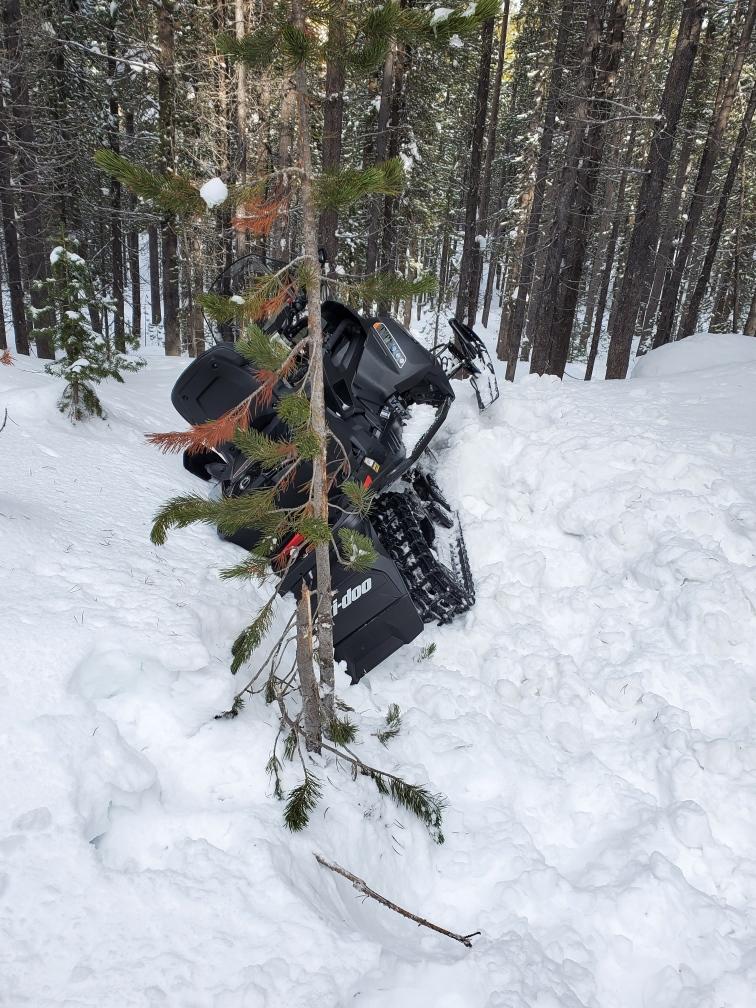 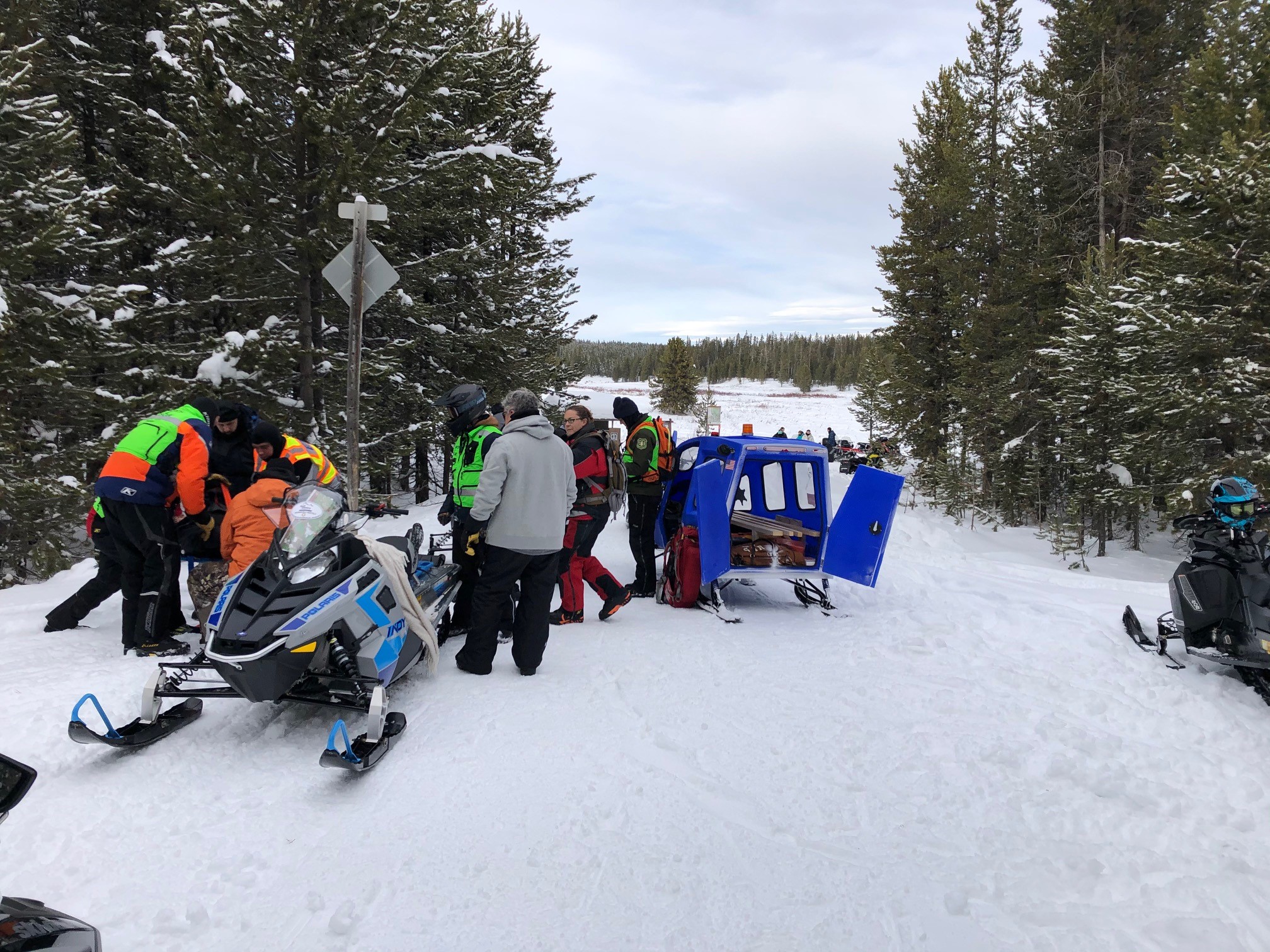