(West Yellowstone, Mont) At around 1:10 p.m. on Thursday, December 24, 2020 a 41-year-old Bozeman man and his 11-year-old daughter crashed their snowmobile into a tree while snowmobiling on the Big Sky Trail system, 8 miles north of West Yellowstone.  The man suffered a lower arm injury and his daughter sustained a leg injury.

Emergency responders from Gallatin County Sheriff’s Search & Rescue in West Yellowstone, Forest Service, and Yellowstone National Park reached them on snowmobiles with a specialized snow ambulance. The daughter was placed on a backboard and loaded into the snow ambulance; her father was able to ride out on the back of one of the rescue snowmobiles.  Both were transported off the trail system to an awaiting ambulance from the Hebgen Basin Fire Department.  The patients were evaluated by the EMS crew and decided to go to the hospital in their own vehicle. 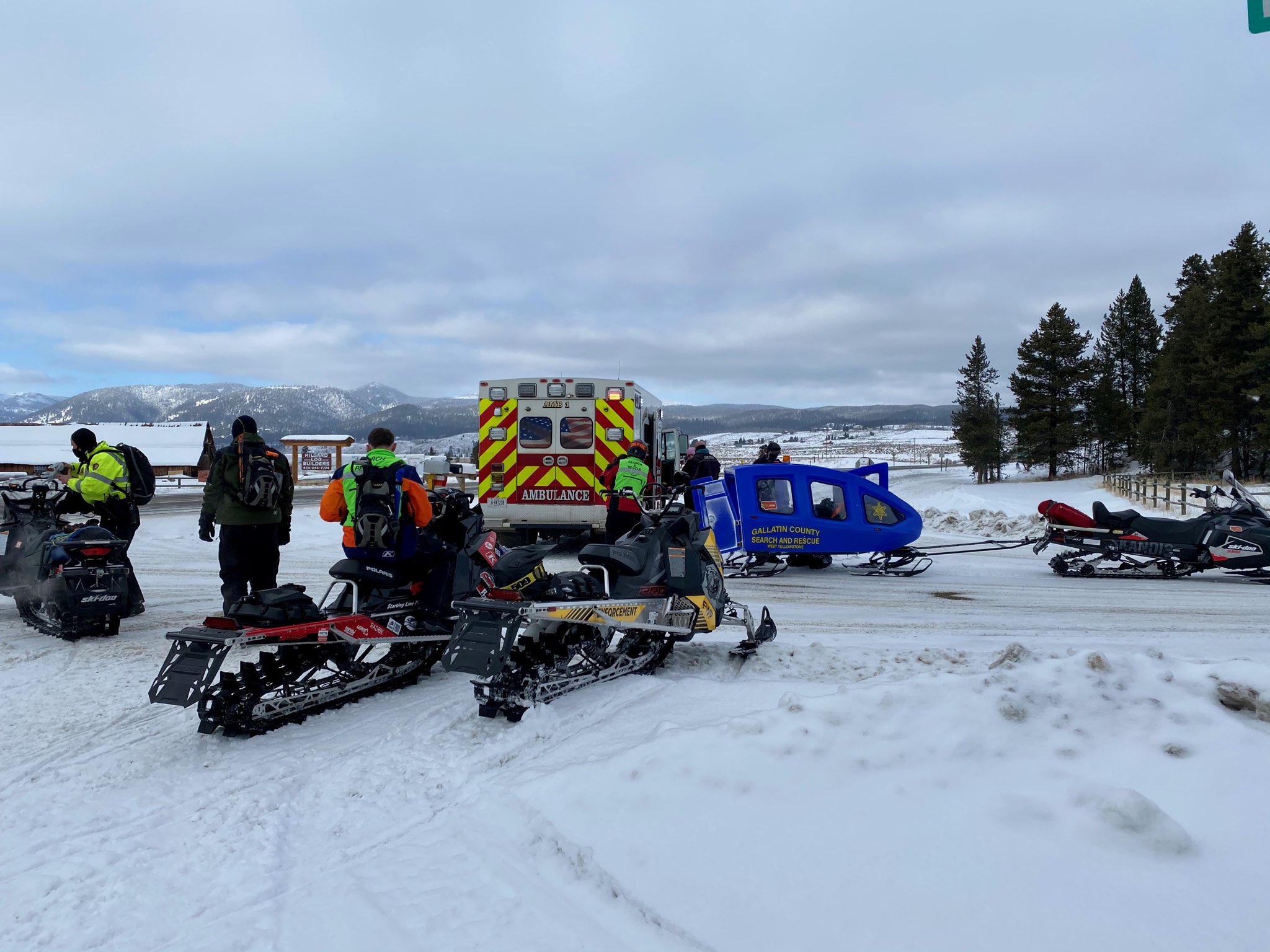 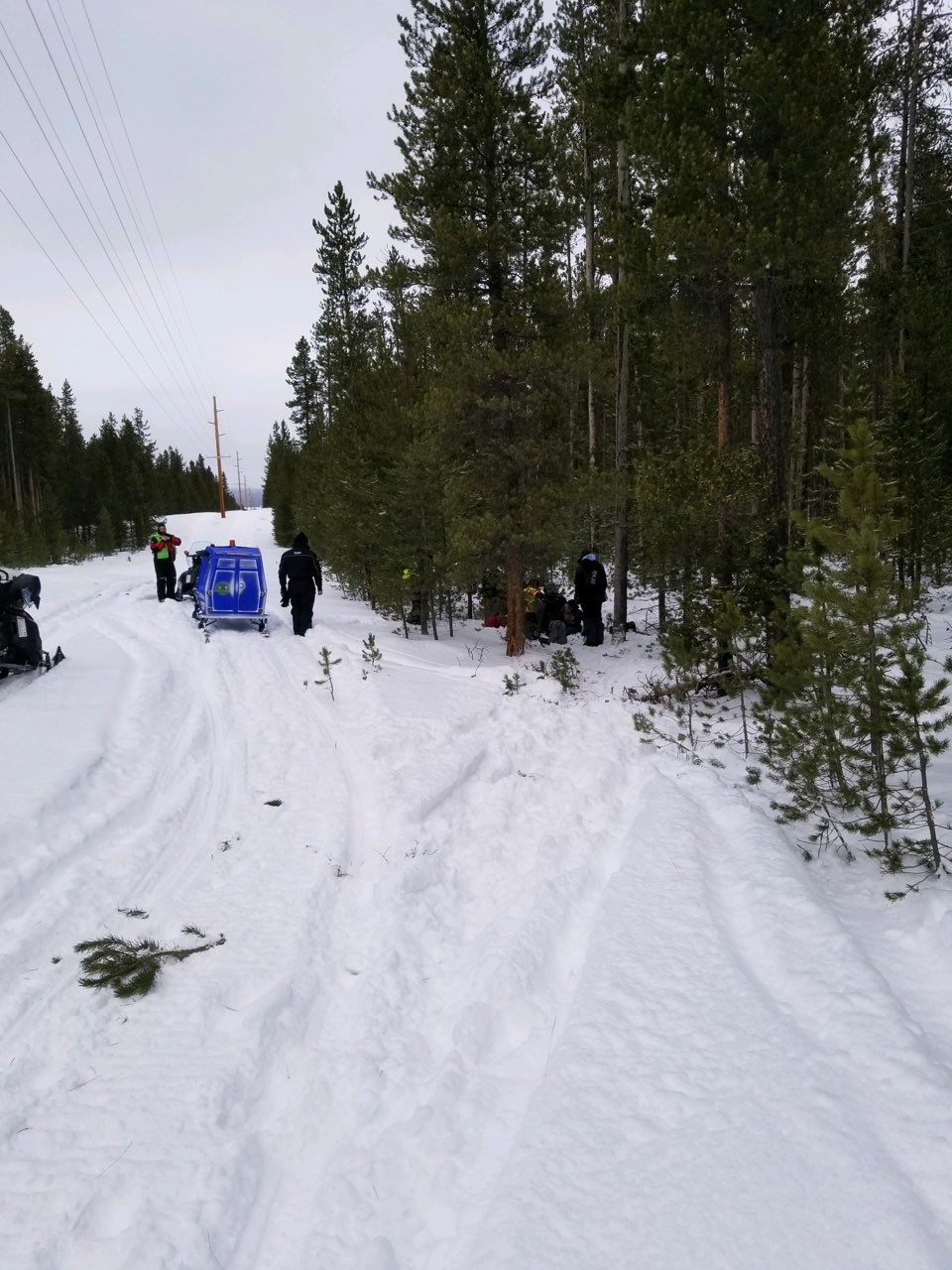 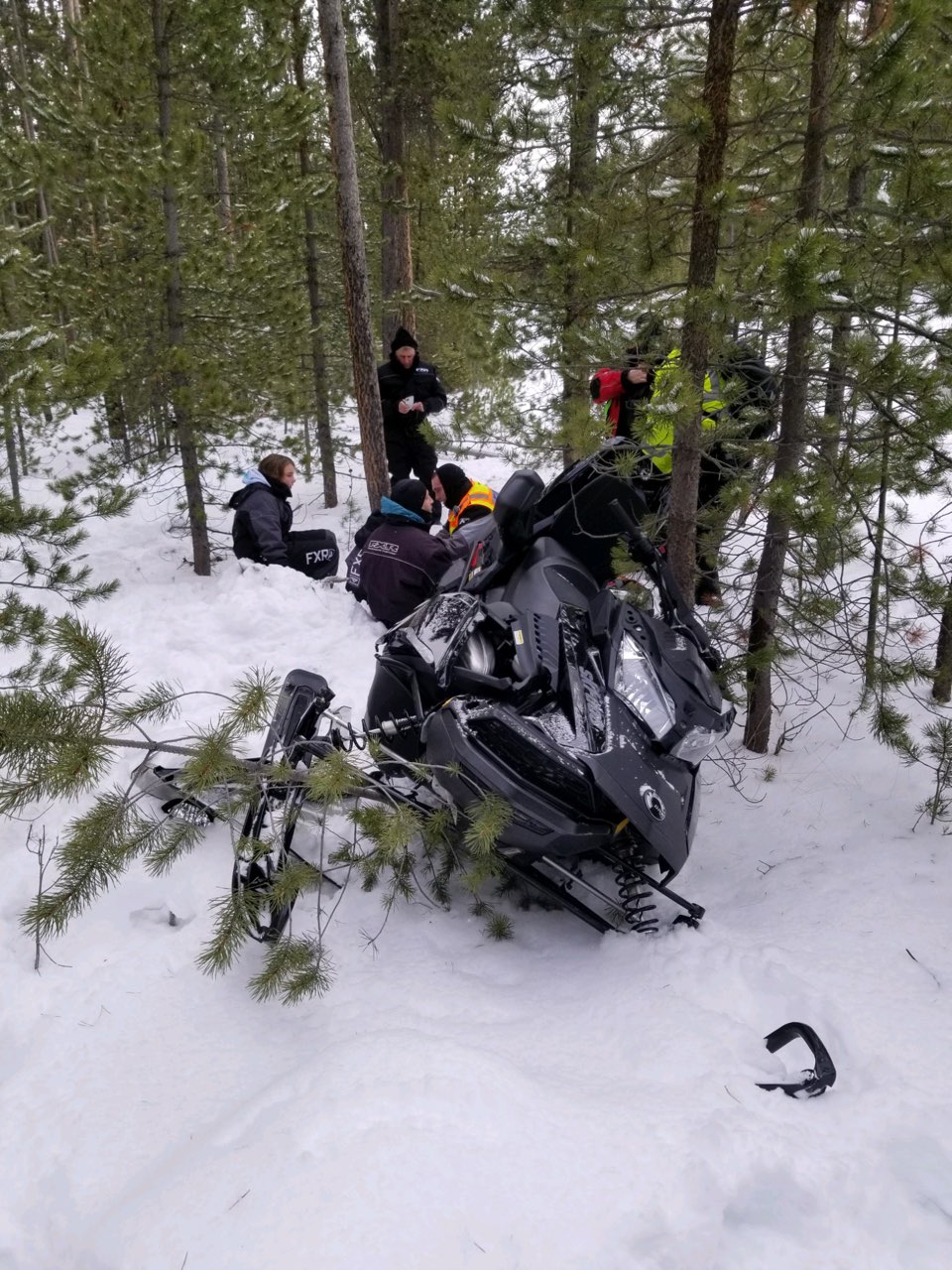 Skier Impaled on Tree in Hyalite