At around 3:25 p.m. on Wednesday February 5, 2020, a 30-year-old Minnesota man crashed his snowmobile and sustained a broken ankle while snowmobiling on the Big Sky trail system about 16 miles northwest of West Yellowstone. Rescuers were able to get to the man quickly because he was with friends and was able to call 911, providing an accurate location for the rescue personnel. Another group of snowmobilers in the area provided emergency heat blankets to the patient.

Emergency responders placed the man on a backboard and loaded him into a specialized snow ambulance, then transported him off the trail system to an awaiting ambulance from the Hebgen Basin Fire Department. He was transported by ambulance to Bozeman Health Hospital. 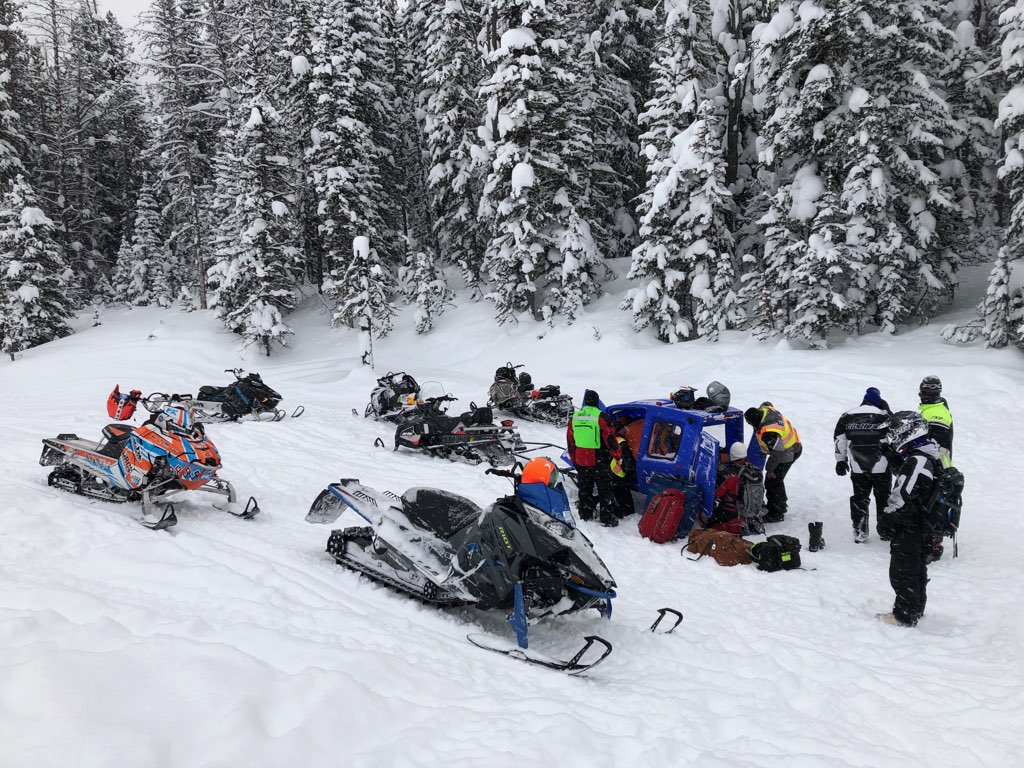