At 12:07 p.m. on Friday, December 27, a 56-year-old Utah woman who was snowmobiling on the South Plateau Trail system, about 12 miles southwest of West Yellowstone, crashed her snowmobile into a tree and sustained back and abdominal injuries. A member of her group traveled a few miles north on the trail to get cell phone service and called 911, then waited to lead the rescue team to the injured woman.

Emergency responders reached the scene on snowmobiles with a specialized snow ambulance. The woman was placed on a backboard, loaded into the snow ambulance, and transported off the trail system to a waiting ambulance from the Hebgen Basin Fire Department in West Yellowstone. She was then transported to Madison Memorial Hospital in Rexburg. 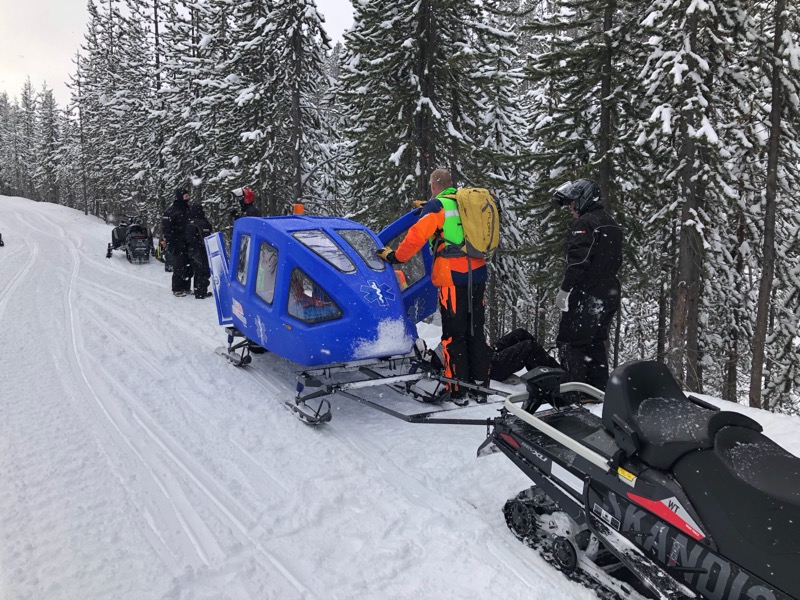