(West Yellowstone, Mont.) Tuesday at 10:02 a.m., Yellowstone National Park received a 911 call reporting a snowmobile crash in the Park near Riverside Drive about 6 miles East of West Yellowstone.  The crash caused both the snowmobile and rider to end up in the Madison River.  Yellowstone Rangers requested mutual aid from Sheriff’s Search and Rescue in West Yellowstone.  Hebgen Basin Fire Department also responded to assist with the rescue.

When rescuers arrived on scene the injured snowmobiler, a 22-year-old female from Garrison New York, had been removed from the water however was extremely cold and suffering from an apparent broken femur. Rescuers immediately requested response from an Air Idaho Helicopter, which landed at the scene and ultimately transported the female to Eastern Idaho Regional Medical Center for treatment.

Gallatin County Sheriff Brian Gootkin would like to remind people that snowmobiling on the trail systems can be challenging. Changing trail conditions along with other traffic can create un-foreseen hazards. Inexperienced riders are advised to use extra caution to avoid a bad experience.  Photo Courtesy of the Sheriff’s Office and YNP 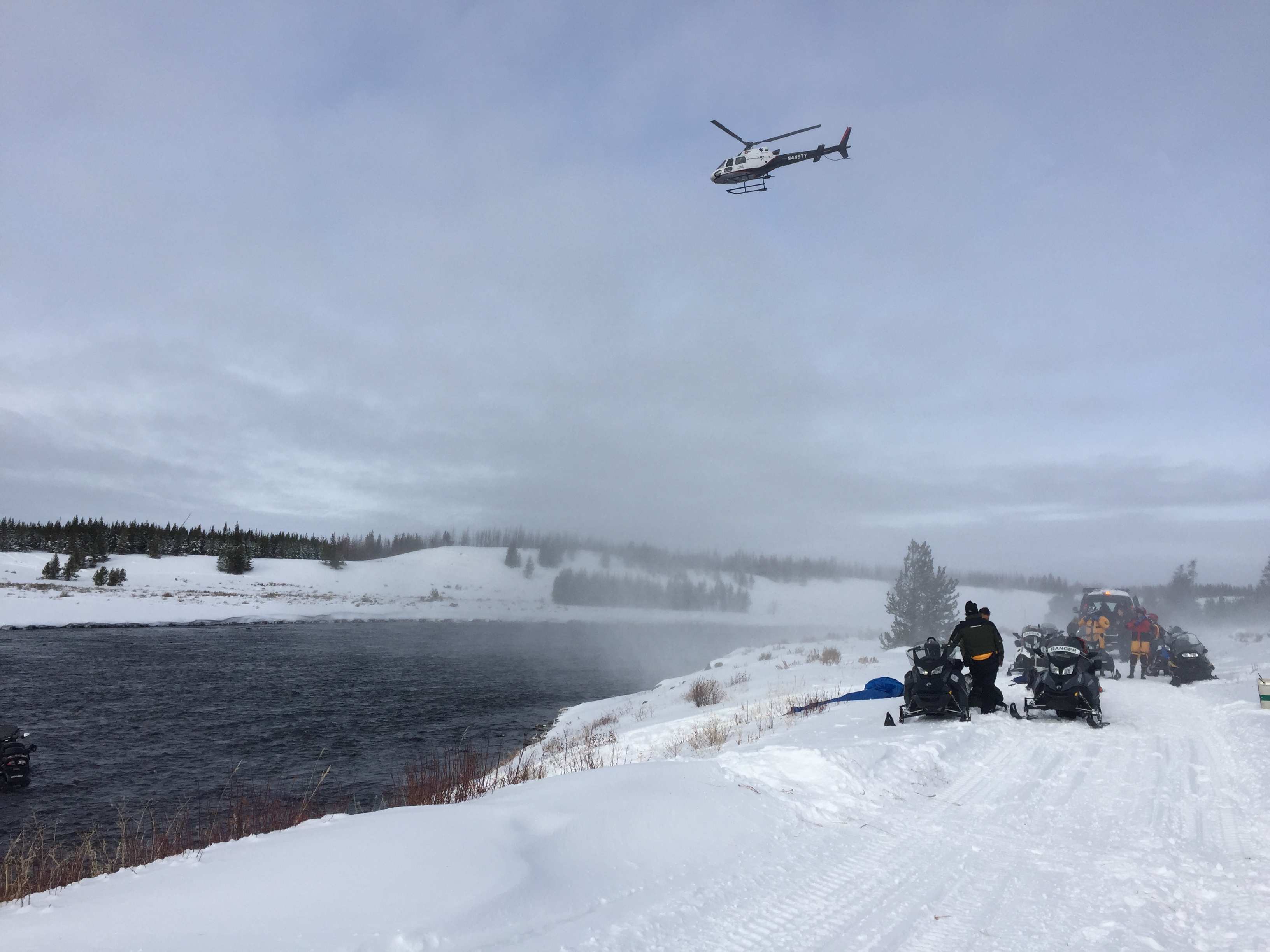