On June 25th around 6PM Gallatin County Search and Rescue was dispatched to an area of the Gallatin River between Gateway and Axtel Bridge Fishing Access Site. A man called dispatch to report that he saw a boy, around five years old, floating by himself down the river. He was wearing “red floaties” and screaming.

Members of the Gallatin County Sheriff’s Search and Rescue (Posse, Swift Water, and Heli teams), and Gallatin Gateway Fire Department arrived very quickly. They immediately began searching both sides of the river. The reporting party called back and stated that the boy’s father swam down river and rescued him from a group of strainer trees. The two were now on an island that was difficult to access.

The father-son team was part of a larger rafting party that included an adult female, a three year old, and an infant. Members of Gateway Fire located the latter three up river on the west shore.

The father-son team was reached by a Zodiac boat; and the son was transported to shore. SAR members then reported that the father was now in critical condition with no radial pulse. The Heli Short Haul Team was already in the air to assist in the search and for a contingency plan if the Zodiac could not reach the island. They were able to short haul the father to Axtel Bridge where AMR was waiting. Reach Air Ambulance arrived shortly after, and the father was flown to BDH.

Sheriff Gootkin would like to remind all outdoor enthusiasts that rivers can be extremely dangerous and require lots of knowledge and skill to safely navigate. This inexperienced group of rafters from Bozeman were not in the water long before they were capsized.

Sheriff Gootkin would also like to acknowledge the incredible multi-agency team effort that made this rescue successful. 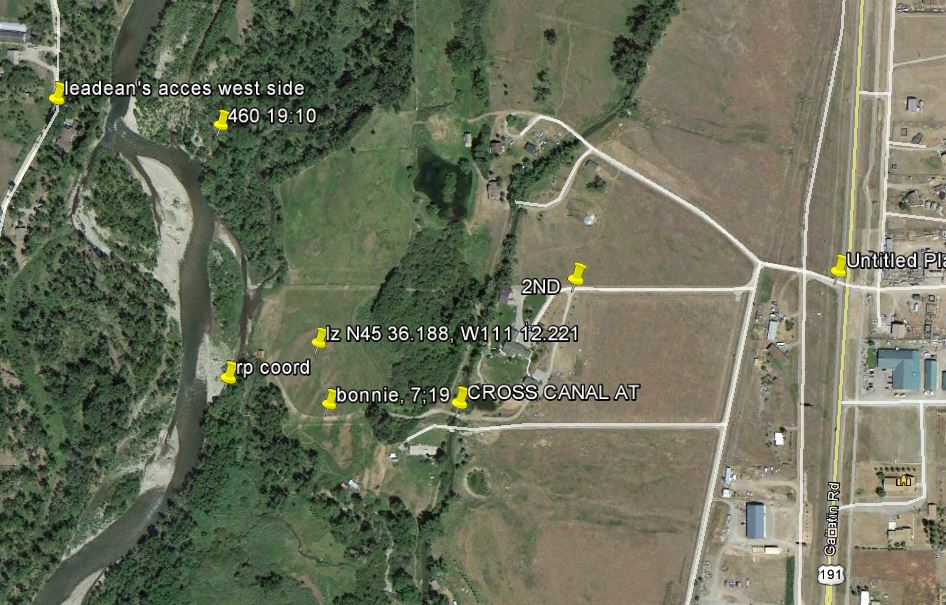