On Tuesday June 6, 2017, Gallatin County Search and Rescue completed their two and a half day search for an overdue hiker in the Beaver Creek area northwest of West Yellowstone, Montana.  At 11:30 this morning a search team including a k9 discovered the hiker, identified as  Mike Petersen of Bismark, North Dakota,  deceased a quarter mile south of the confluence of Beaver and West Fork Creeks.  A Gallatin County Sheriff’s Coroner will determine cause and manner of death.

The event began near 10:00 pm on Sunday evening with the report of a 42 year old male from North Dakota who failed to return to the designated rendezvous pick-up point. The Mr. Petersen has been in the Beaver Creek area several times over the past four (4) months, knew the area and had backcountry experience. He left on his hike with enough survival equipment to stay in the forest and signal for help.  Initial search activity included personnel from the West Yellowstone division of Gallatin County Search & Rescue, Hebgen Basin Rural Fire District, Air Methods helicopter and Two Bear Air Rescue Helicopter from the Flathead County Sheriff’s Office.  Air Methods conducted an initial search by air until rainy weather forced them to land.  Two Bear Air picked up the air search a couple of hours later using Forward Looking Infa- red Radar throughout the early morning hours of Monday.  Air efforts then continued throughout Monday with Two Bear Air, while they also assisted in moving ground resources into the designated search zone.

Tuesday’s continued search efforts involved the same personnel from Monday with additional air resources from Central Helicopter, and ground teams from Madison County SAR, Ruby Valley SAR, and Department of Livestock. The total ground personnel was in excess of 40 individuals.

Gallatin County Sheriff’s office would like to offer his condolences to the family of this tragic accident and to thank all of the volunteers who came together in this very large scale search and rescue event.  Sheriff Gootkin commented that in the last few weeks water tragedies are all to common.  He said “Especially this time of year when water levels are high extra caution around water is needed.” 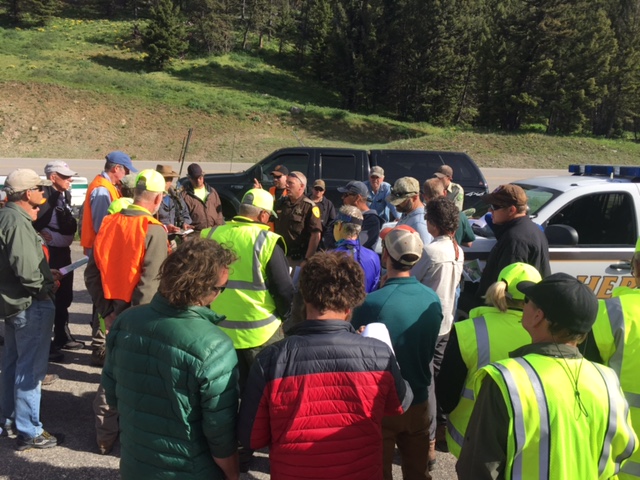 Sheriff To Give Press Release on Gianforte Incident