On February 19, 2016 at 10:18 a.m., the West Yellowstone Police Department dispatch center received a 911 call reporting a 68 year old male snowmobiler from Jacksonville Florida who had collided with a tree and suffered a broken leg. The individual had been snowmobiling with four of his friends off trail on the Two Top snowmobile trail system about five miles west of the Town of West Yellowstone. The snowmobiler lost control of his two-up trail snowmobile and crashed into a tree.

Rescuers from the Gallatin County Sheriff’s Office and the West Yellowstone Division of the Sheriff’s Search and Rescue responded. Responders were able to locate the individual and determined that he had broken his femur and kneecap. Due to horribly bumping trail conditions, a medical helicopter was dispatched. A Life Flight Network helicopter out of Rexburg, Idaho arrived on scene approximately thirty minutes later and made a backcountry landing approximately ¼ of mile from the patient. Search and Rescue personnel were able to load the patient onto a rescue sled and transport him to the awaiting helicopter where he was loaded and flown to the Eastern Idaho Regional Medical Center in Idaho Falls, Idaho.

Gallatin County Sheriff Brian Gootkin would like to remind snowmobilers to know their limitations and the limitations of their snowmobiles, and stay on marked trails. The off trail areas are unmaintained and can be full of unseen hazards. Be alert for hazards such as tree wells or hidden stumps as which can be unpredictable and unforgiving. Always let another member of your group know if you venture off trail keeping in mind that the most dangerous situations can occur if you get injured when you are alone. Photo courtesy of the Sheriff’s office 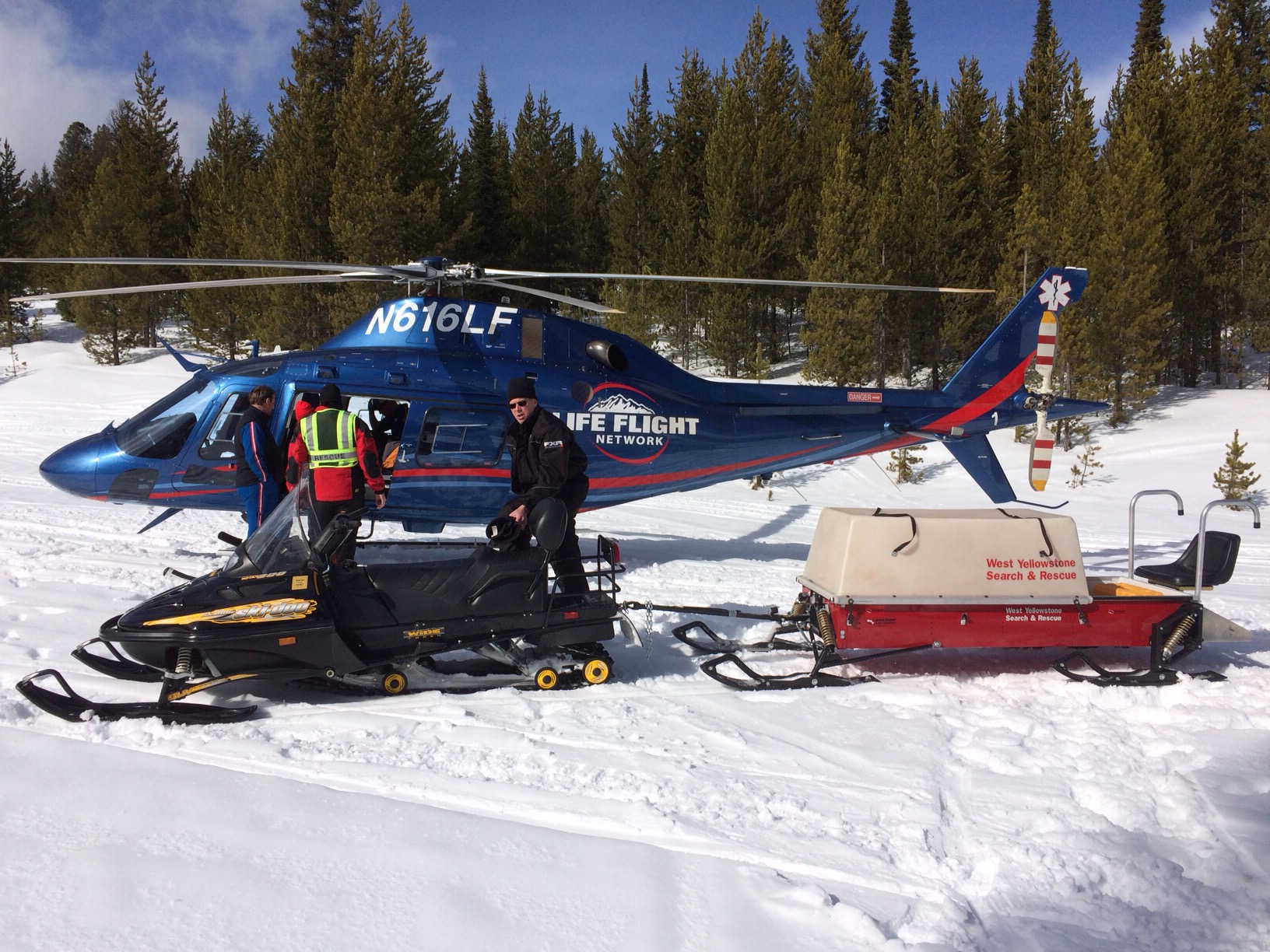