On February 2, 2016 at 1:29 p.m., the West Yellowstone Police Department Dispatch received a third party 911 call reporting a snowmobiler on the Two Top trail near the Idaho border who had sustained knee and ankle injuries when the snowmobile he was riding entered a tree well and struck a tree. The snowmobiler, a 74 year old male from Huntington Beach California, was located by two other snowmobilers in his group who were able to make the 911 call.
Personnel from the Gallatin County Sheriff’s Office, and the West Yellowstone Division of Sheriff’s Search and Rescue, responded.

A Rescue team located the group using the GPS coordinates retrieved from the 911 call. The Rescue team discovered that upon impact with the tree, the snowmobiler had sustained moderate lacerations on both knees and was complaining of lower back pain. The snowmobiler was quickly packaged onto a rescue sled for the slow ride out to rendezvous with an awaiting Hebgen Basin Fire Department ambulance. The injured snowmobiler was transported to Big Sky Medical Center for treatment.

Gallatin County Sheriff Brian Gootkin would like to remind snowmobilers to know their limitations and stay on marked trails. The off trail areas are unmaintained and can be full of unseen hazards. Be alert for hazards such as tree wells or hidden stumps as which can be unpredictable and unforgiving. Always let another member of your group know if you venture off trail keeping in mind that the most dangerous situations can occur if you get injured when you are alone.  Photo courtesy of the Sheriff’s office 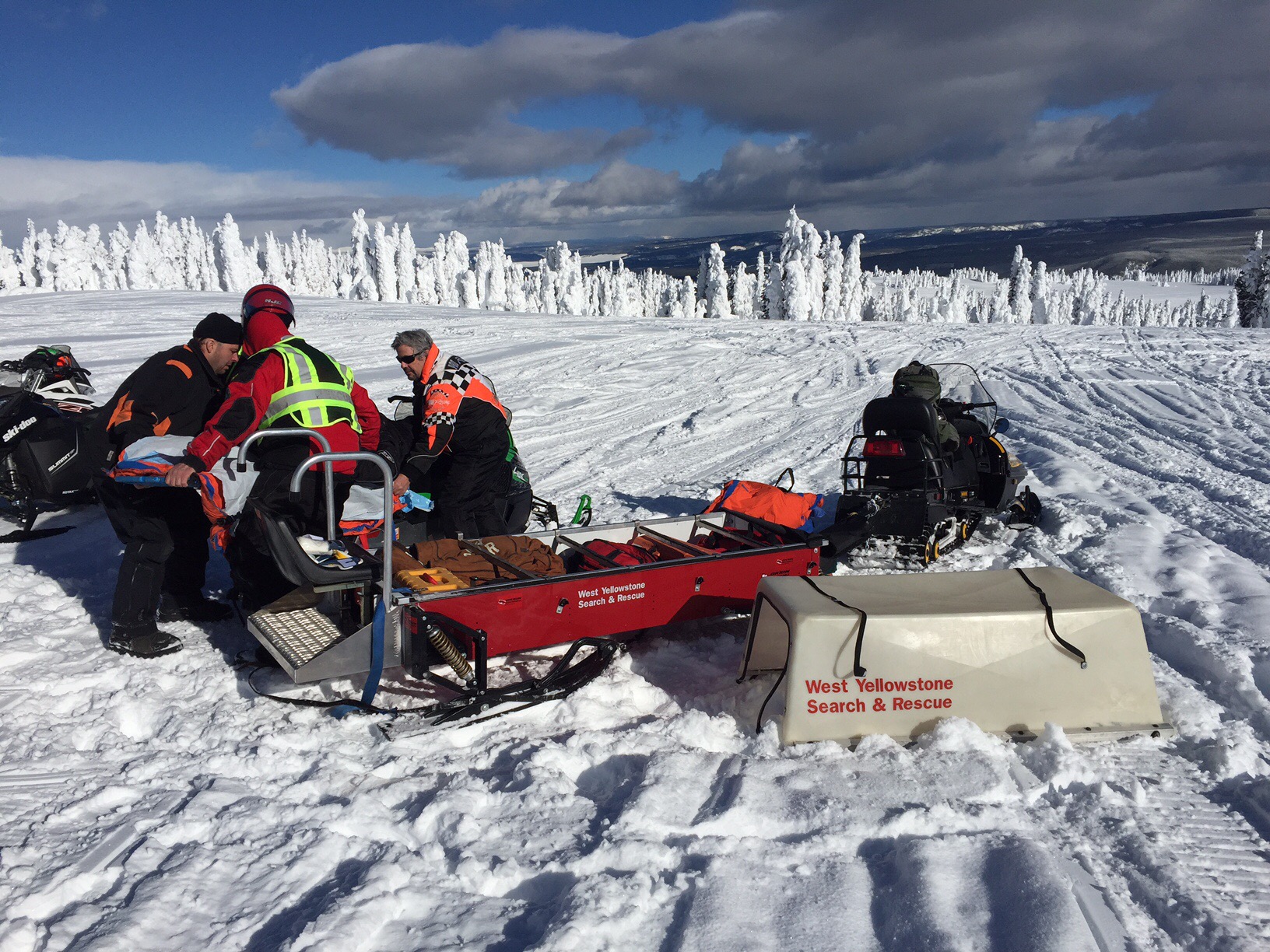