On January 20, 2016 at 7:00 a.m., the West Yellowstone Police Department dispatch center received a call reporting five snowmobilers who had not returned home from the previous day’s ride.  The caller was the wife of one of the riders.  Attempts to contact his cell phone and the phones of his riding companions went unanswered.  The wife advised that she did not know where they had gone riding, but that they were experienced riders and had survival gear.

Personnel from the Gallatin County Sheriff’s Office and the West Yellowstone Division of the Sheriff’s Search and Rescue responded to search for the missing snowmobilers.  Responders were able to locate the vehicle and snowmobile trailer of one of the missing riders in the Beaver Creek Trailhead area, approximately 20 miles northwest of West Yellowstone.  Search and Rescue personnel on snowmobiles were able to locate the missing snowmobilers a few miles up the trail from the trailhead.

Four of the missing snowmobilers were from Minnesota and one was from Florida, and was also a part time resident of West Yellowstone.  They were all experienced snowmobilers and had a very good knowledge of the area.  They had been backcountry riding the previous afternoon in a deep bowl at the head of Beaver Creek and were unable to climb back out.  After several attempts, and with the sun having gone down, they decided to make camp for the night.  They all had survival gear; they built a fire, and enjoyed an evening in Gallatin County’s backcountry.  In the morning, they were able to find a route out of the bowl they were in and worked their way back out to the trail where they meet up with Search and Rescue personnel.  All of the riders had cell phones, but were in an area with no reception.

Gallatin County Sheriff Brian Gootkin would like to remind snowmobilers that since snowmobiling often occurs in remote locations, tell someone where you plan on going and when you expect to be out.  It is important to learn what to do if you become stranded.  Proper clothing, survival gear, and a reliable means of communication should be mandatory.  A cellular phone can be a terrific asset if trouble arises, but bear in mind that cell phones have limited service range.  If you are going into the backcountry, consider a satellite phone or an emergency messenger device as well.  In this case, the riders knowledge of what to do and the survival gear they were carrying, allowed them to survive the evening in winter conditions. 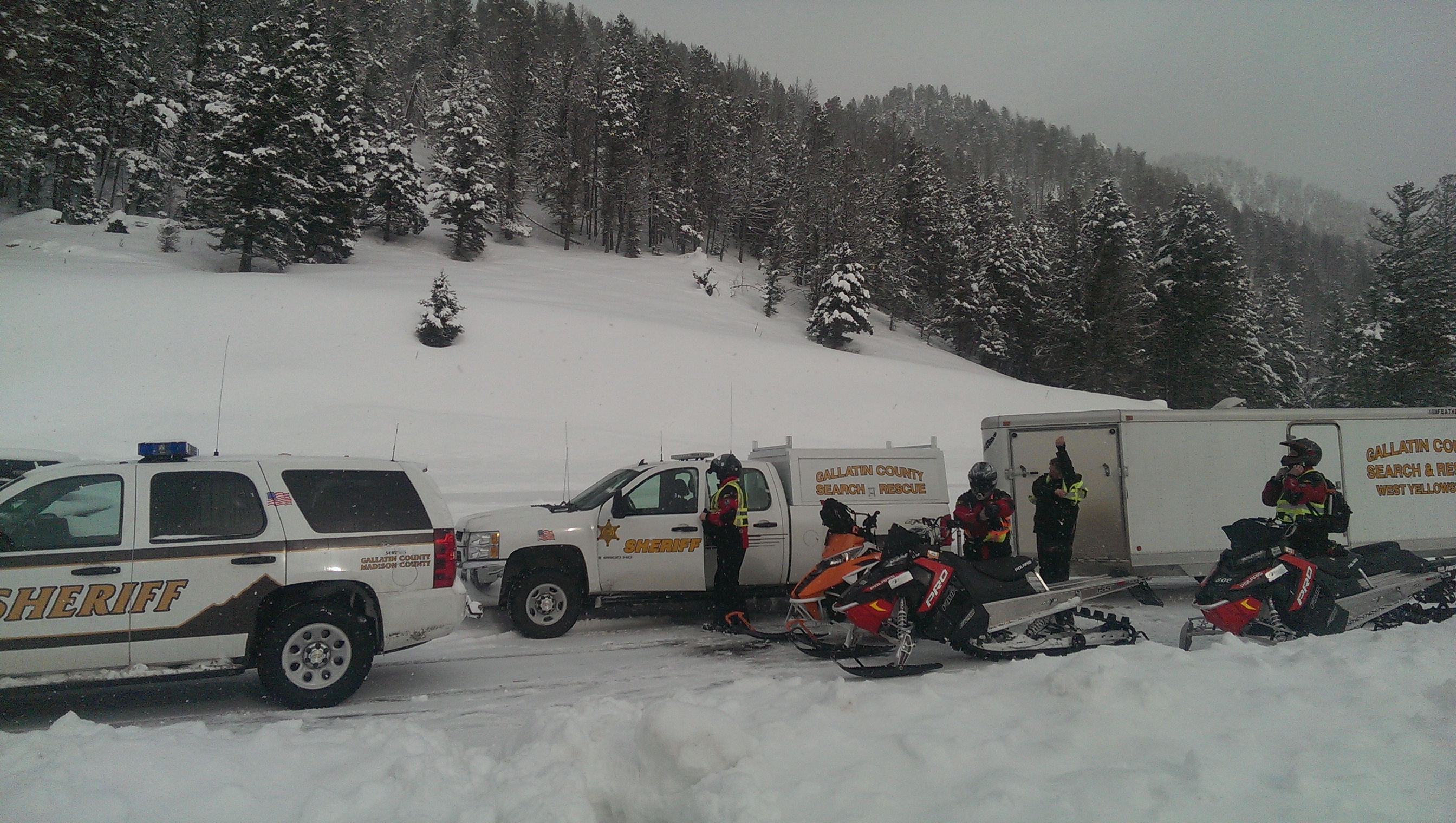 Woman Missing from West of Bozeman