(West Yellowstone, Mont.)   On March 7, 2014, at 8:49 a.m., Gallatin County Sheriffs Search and Rescue responded to the report of an injured snowmobiler on the Two Top Snowmobile Trail approximately three miles west of West Yellowstone. Personnel from the Sheriffs Office, Search and Rescue (West Yellowstone Division), and the U.S. Forest Service assisted with the rescue. When they arrived on scene they found a 43-year-old male from Tampa, Florida, who had suffered a laceration on his head when he lost control of his snowmobile and was ejected. The man’s helmet flew off during the crash and he believes that happened because he did not properly fasten the chin strap. He was transported by the rescue team to West Yellowstone and his friends brought him to a doctor.

A few hours later at 11:53 a.m., the Sheriffs Search and Rescue team was called back into action for an injured snowmobiler near Reas Pass, which is southwest of West Yellowstone. Personnel from the same agencies quickly responded. When they arrived on scene they found a 26-year-old female from Little Egg Harbor, New Jersey, who had suffered a pelvic injury when she lost control of her snowmobile and hit a tree (photos attached). She was packaged onto the rescue sled and transported to an awaiting Hebgen Basin Fire Department ambulance. She was then transported to the Bozeman Deaconess Hospital.  Photos courtesy of Gallatin County Sheriff’s Office #### 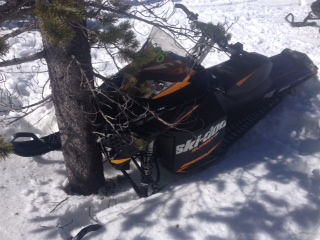 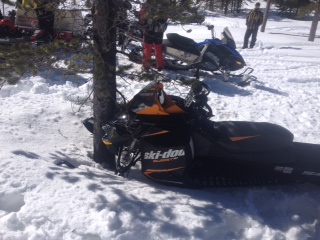 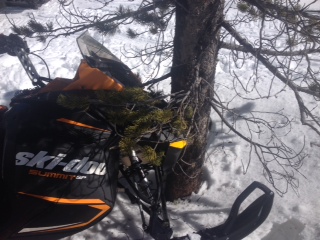 Emergency Siren Test in Big Sky on Wednesday May 21

Locations for Ballot Drop-Off For General Election in Gallatin County