Currently several agencies in Gallatin County have mitigation projects underway in which generators are being retrofitted into existing facilities.  “With these facilities now having emergency power they can continue to serve their community’s during events resulting in power outages,” stated Emergency Manager Patrick Lonergan.

The process of updating the Hazard Mitigation Plan started in mid 2011 with participation from the public and representatives from local, state, and federal agencies.  Over several public meetings the plan was reviewed and the community’s mitigation priorities were verified and updated.  As a result the incorporated communities of Belgrade, Bozeman, Three Forks, West Yellowstone and unincorporated Gallatin County are now recognized participants in an approved mitigation plan. 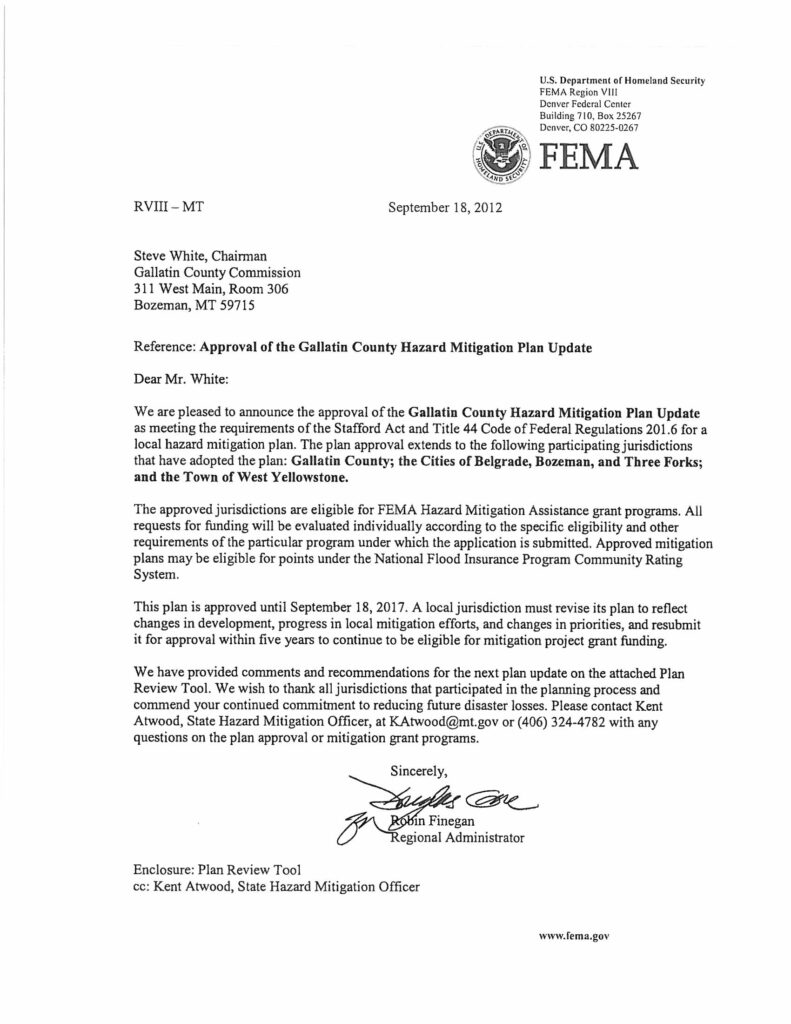 Its Hotter than it Looks