Since Friday evening, nearly 150 people have participated in the search for James Anderson. Today there have been 13 boat teams, 20 ground crew, 8 dogs, 3 divers, 7 comms, a helicopter, and a drone searching the river from Mayor’s Landing to Columbus. As the search shifts into recovery, we will be reducing the size of the search teams but the search will continue. We appreciate the support we have received from the community.

The river will reopen tonight at 9pm. We appreciate everyone who has respected the closure on this summer weekend.

We will provide updates as additional information becomes available. 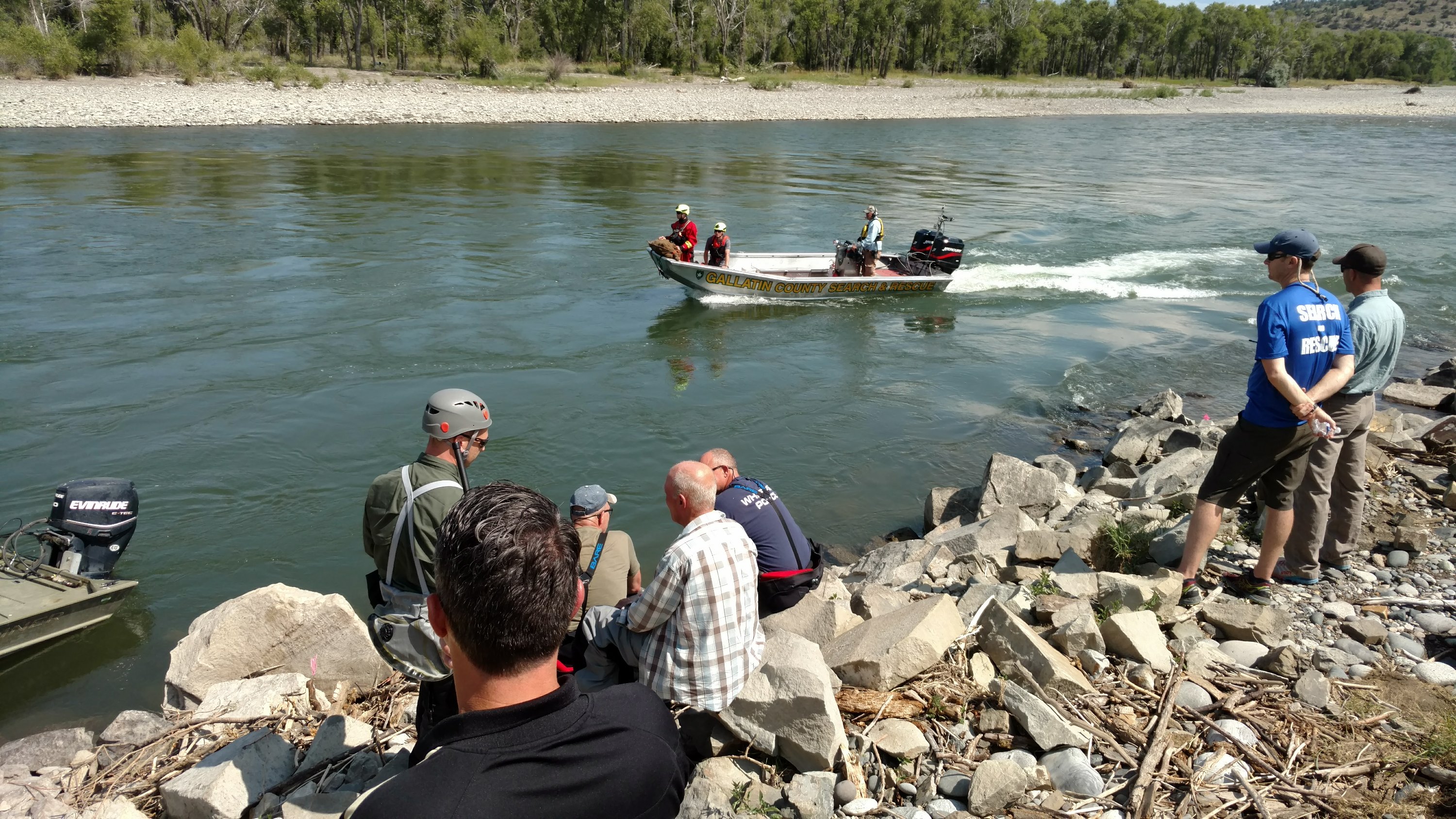 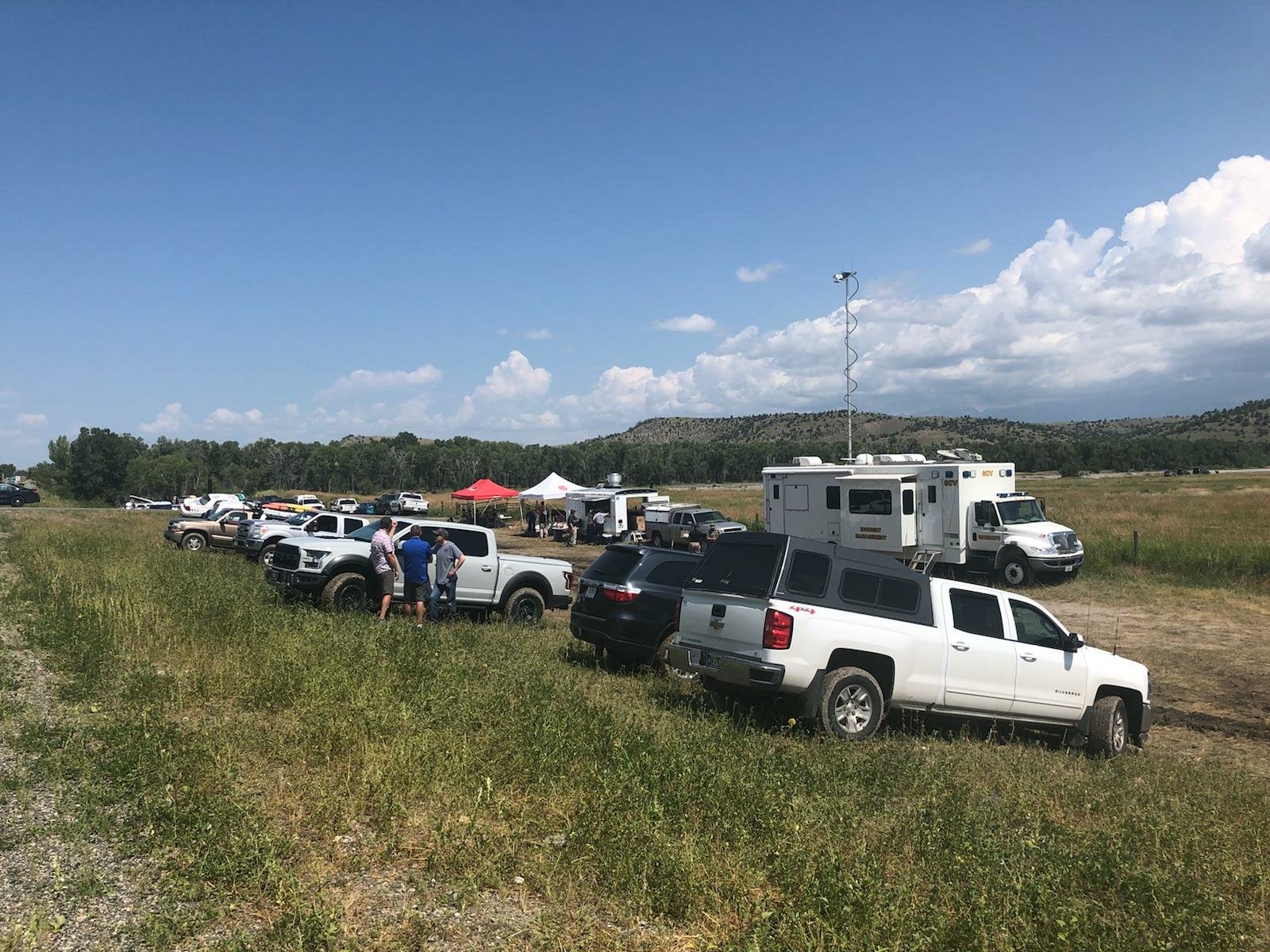 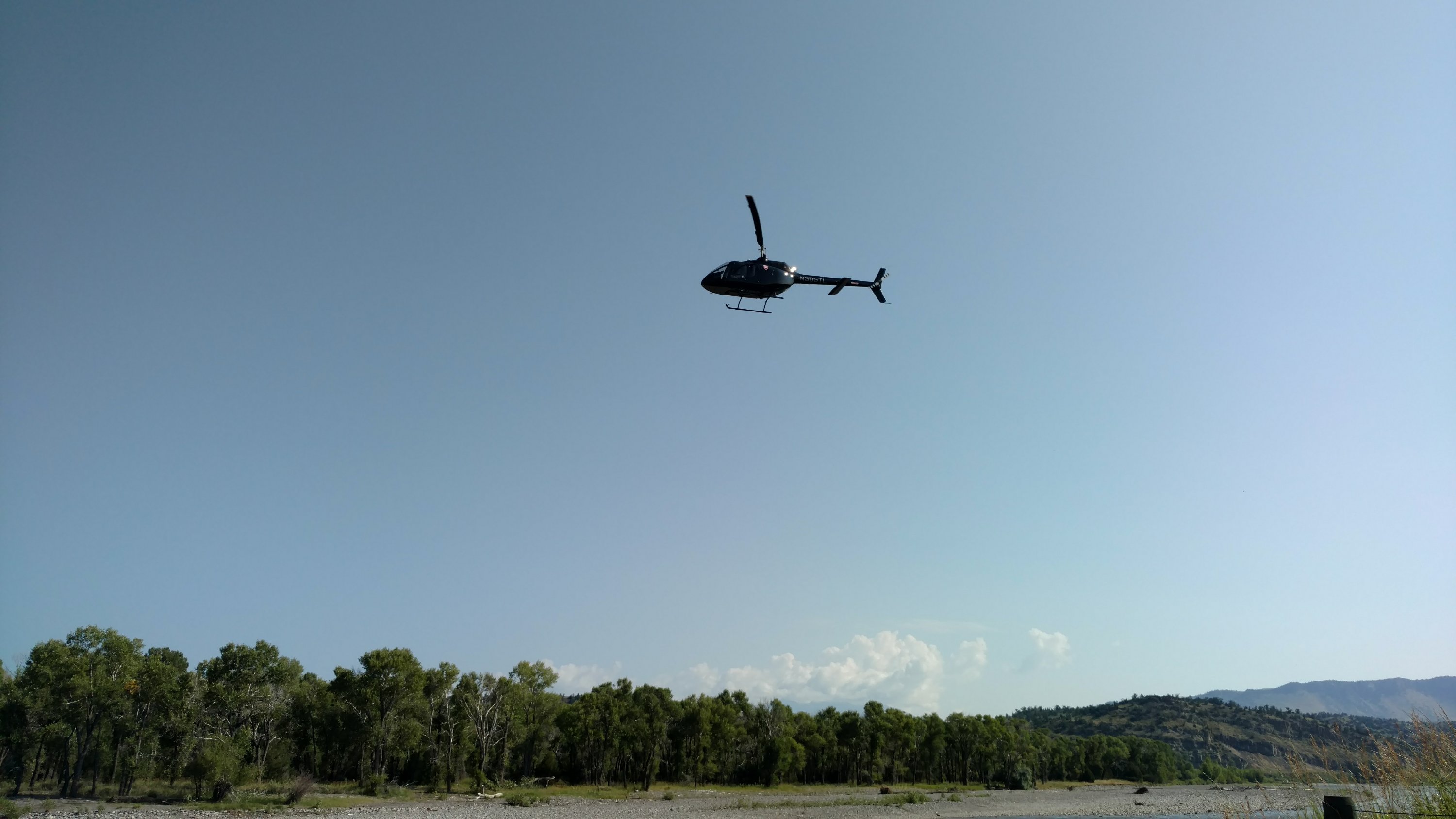 Gallatin County Sheriff’s Office Captain Jim Anderson was involved in the boat accident that occurred on the Yellowstone River yesterday in Park County. Jim’s wife Angie passed away on the scene. Jim and his daughter were able to make it to shore safely, but their son James is still missing. Jim and his family want to thank all of the emergency responders and Search & Rescue volunteers for their efforts in attempting to find James. Sheriff Gootkin stated, “Family is everything, it’s why we do what we do and it’s also why it hurts that much more when it’s our family. We hurt for Jim and his family. They have a long, difficult road ahead but they are not alone. We will help and support them no matter what they need or how long it takes.” A special thanks to Park County Sheriff Scott Hamilton, his Office, and everyone involved in the search for James. We ask that the public not respond to the scene to assist. We have all the help we need at this time.

At approximately 6:30 A.M., he was let out of his cell with other inmates for breakfast at which time he walked to the second level and jumped head first onto the floor below. Emergency medical efforts were unsuccessful and he was pronounced dead at the scene.

Because this was an in custody death we requested independent death and criminal investigations. Park County Coroner Al Jenkins was requested to take the case and determine cause and manner of death.  State law requires that a Coroner’s inquest be held.  The Montana Division of Criminal Investigation was requested to investigate any possible criminal acts.  Sheriff Gootkin stated, “There is no indication of any criminal act but we are going to make sure that this is fully and impartially investigated.”  This is an ongoing investigation therefore we cannot provide details of the incident but Sheriff Gootkin will be available for interviews and questions in the Detention Center community room at 3:00 P.M. today.

Sunday at 1030 am, Gallatin County Sheriff’s Deputies and Search and Rescue personnel, Gallatin Gateway Fire Department, as well as Reach Air Medical Services, conducted a rescue operation to retrieve a woman who had sustained injuries while hiking.  A 37 year old Bozeman woman had been hiking at Gallatin Tower, when she lost consciousness falling on to rocks.  Rescuers were able to locate the woman and transport her to an awaiting ambulance.

Gallatin County Sheriff, Brian Gootkin, would like to remind you when enjoying hikes around Bozeman and Big Sky; be sure to hike with friends.   This not only allows you to have more fun, but creates a safe hiking experience as well. Photos courtesy of the Sheriff’s Office 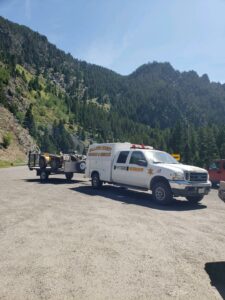 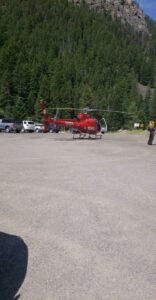 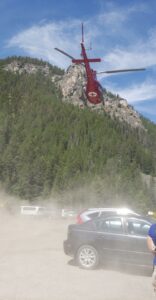 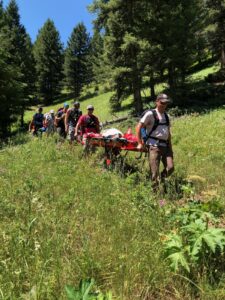 Monday at 8:30 p.m., a Gallatin County Sheriff’s Deputy received a call via two-way radio from a Gallatin County Search and Rescue volunteer reporting that a member of his horseback group was experiencing stroke like symptoms. The group of nine riders were located  nine miles up the Sage Creek trail and requested a medivac for the 36-year-old male from Sanford, North Carolina.

Due to the remote location as well as information that the male had previously suffered a stroke, the decision was made to launch a helicopter out of Bozeman. Rescuers from  Sheriff’s Search and Rescue in Big Sky and a helicopter from Reach Helicopters responded.

Reach was able to land at a spot located and marked with  GPS by the Search and Rescue volunteer on scene. The medivac team then transported the male to Bozeman Deaconess Hospital for evaluation.

Gallatin County Sheriff Brian Gootkin would like to commend the group for being so well prepared for such an event by carrying with them a highly reliable means of communication, survival gear and a GPS. The backcountry in this area is extremely remote and can be unforgiving. Emergency location beacons and GPS’s are invaluable should you or someone you are with become stranded, lost or injured.

(Gallatin County, Mont.)  On Thursday July 12, 2018 at 2:54 pm., the Gallatin County Dispatch Center received a call reporting an injured ATV rider ten miles up from the Buck Ridge Trailhead south of Big Sky. The injured party, a 32-year-old male from California, had sustained a shoulder and rib injuries when the ATV he was a passenger in rolled while trail riding.

Personnel from the Sheriff’s Search and Rescue in Big Sky responded on ATV’s and motorcycles, complete with all the necessary rescue gear and emergency medical equipment.

Rescuers met the injured party at the scene of the crash approximately one hour after the initial call for help.  The injured male was traveling with a group of friends who were also on ATV’s.  After an initial assessment of his injuries, rescue personal braced and secured his shoulder and loaded him onto one of their rescue ATV’s.  The patient was transported back to the trailhead and turned over to family members, who then transported him to the Big Sky Medical Center for treatment.

Gallatin County Sheriff Brian Gootkin would like to remind ATV riders to use caution when recreating in the backcountry, even when on a marked trail.  Changing terrain and trail conditions can sometimes bring unexpected problems to a fun day of backcountry riding.  Always remember to ride with a partner and carry a reliable means of communication in case of an emergency.

At about 1:30 PM, Shaunsey Cole, the target of a multi-agency manhunt, was taken into custody near Quinn Creek Road, in Park County.

Multiple law enforcement officers from several agencies were in the area searching for Cole when a homeowner called 911, stating that Cole was attempting to get access to her residence.

Officers responded to the area and K-9 teams began to track the subject. The teams apprehended Cole a short time later. Cole was medically cleared and transported to the Park County Jail. He will be charged with attempted homicide for shooting at Park County deputies. He has other warrants pending as well. A GCSAR search dog later found his gun. 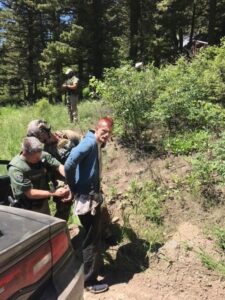 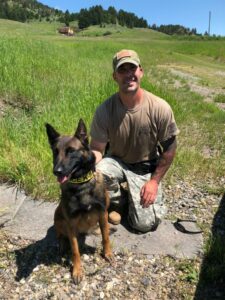 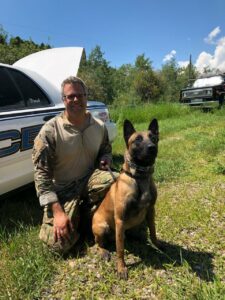 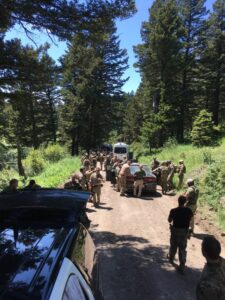 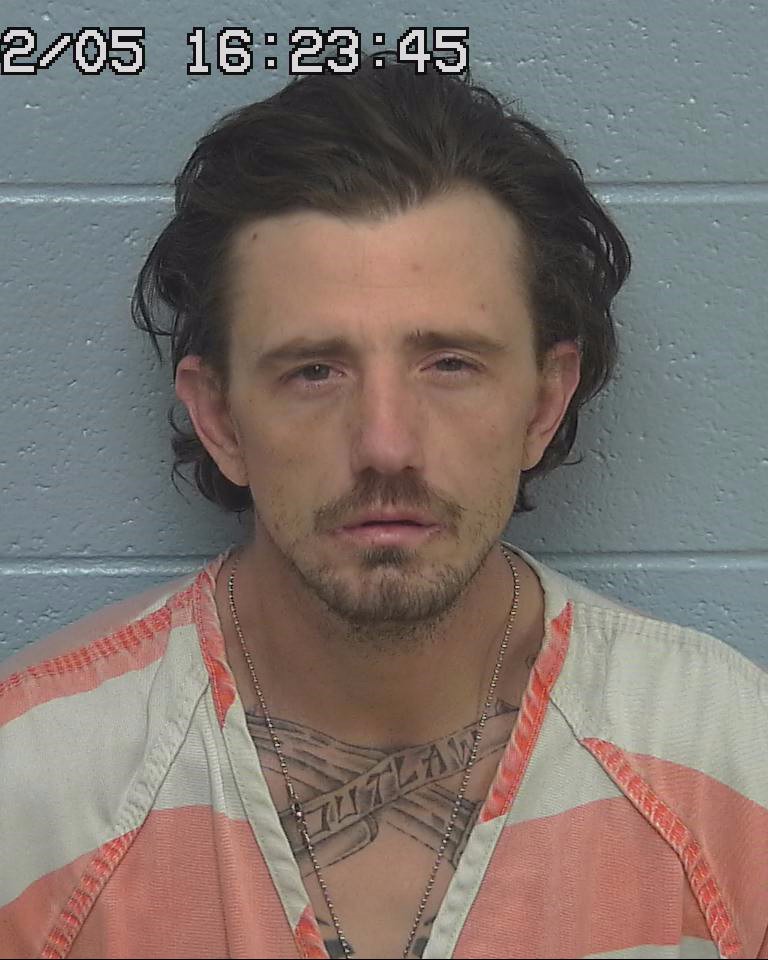 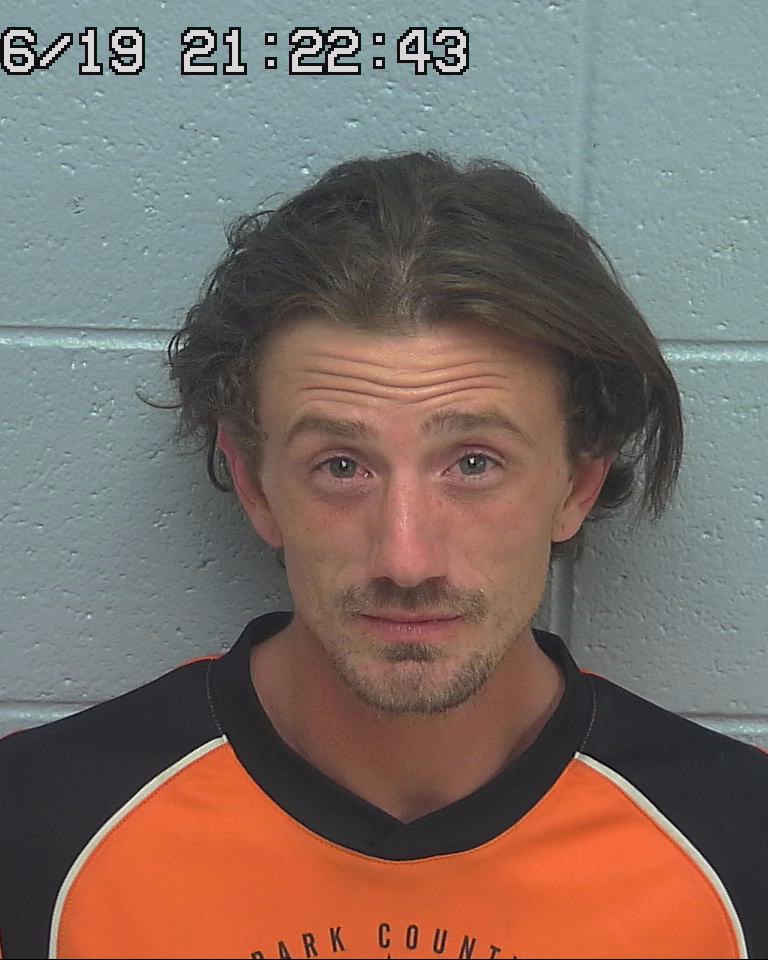 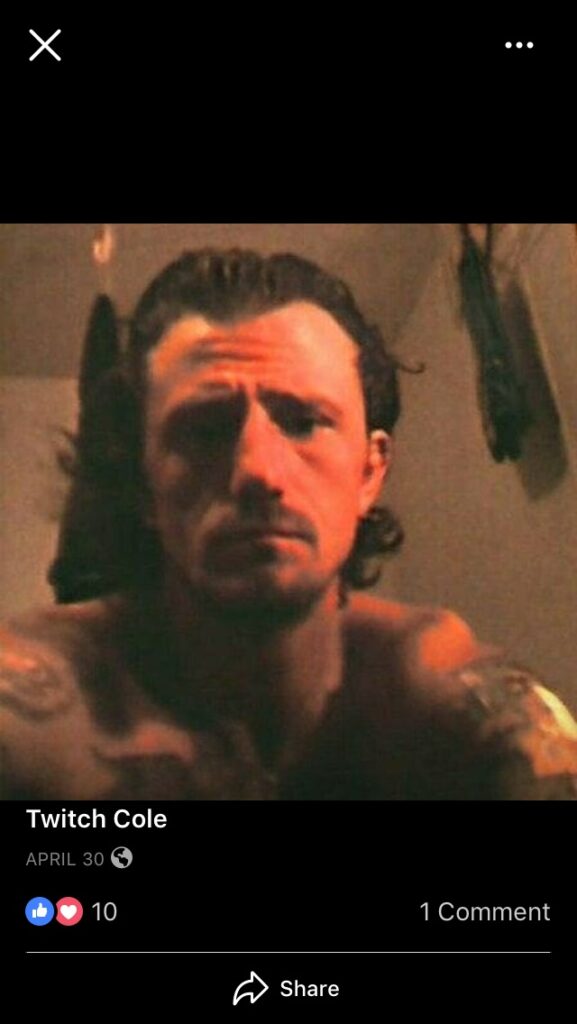 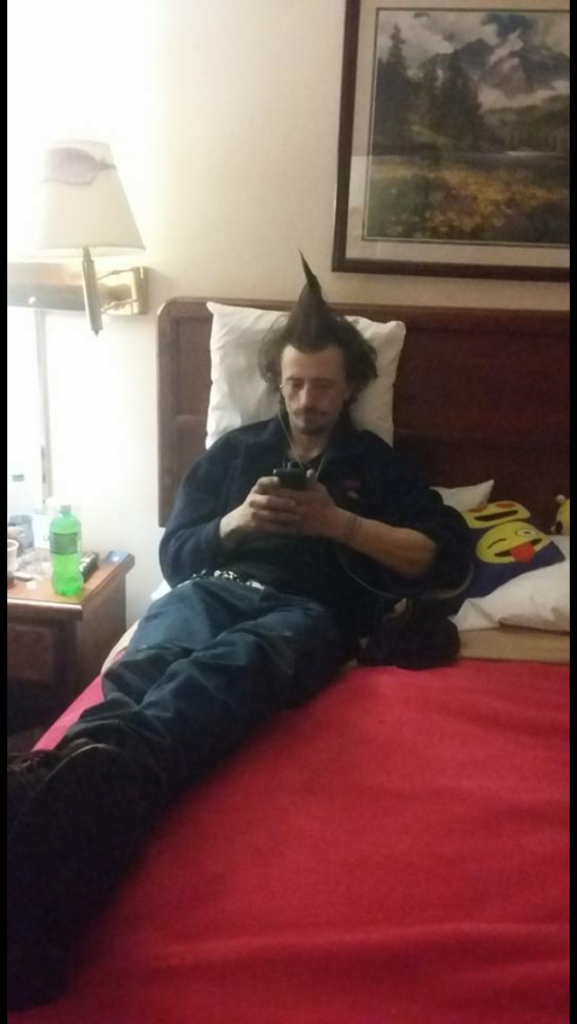