Missouri River Drug Task Force is partnering with the Community-Coalition On Drug Awareness, the Elks Drug Awareness Program, and the Drug Enforcement Administration (DEA) for another National Prescription Drug Take-Back Day which will take place on Saturday, October 28, 2017. This is a great opportunity for those who missed the previous events, or who have subsequently accumulated unwanted, unused prescription drugs, to safely dispose of those medications.

PLEASE DO NOT GIVE US:

In its 13 previous Take Back events, DEA and its partners have taken in over 8.1 million pounds—more than 4,050 tons—of pills!

The Gallatin County Sheriff’s Office has received multiple calls from citizens who state they were contacted by the IRS and told to call 701-428-8115 or a warrant was going to be placed on them. This is a scam and you should not do anything they are asking you to do.

The Sheriff’s Office has also been made aware of another scam. In this scam, people who are looking for rental homes are contacted and asked to provide personal information. The rentals are actually homes for sale in the local area, but they are not for rent. This is also a scam.

Please do not provide your personal information to any individual or organization unless you have fully researched their legitimacy.

On Sunday, October 15th, 2017, around 6:00 pm, the Gallatin County Sheriff’s Search and Rescue Division, the Gallatin River Ranch Fire Department, and an American Medical Response (AMR) ambulance responded to a backcountry rescue.  A 76-year-old Texas man most likely fell on a steep slope above the Gallatin River north of Manhattan.  The man ended up below some cliffs on a difficult to access stretch of the river.  The man had a head wound and was disoriented.  Various personal effects were scattered around the area.

A ground crew of rescuers accessed the man by hiking down steep, rough terrain.  Another crew launched a search and rescue boat from a nearby fishing access.  Due to the nature of the man’s injuries and an anticipated length of time to reach definitive medical treatment, responding EMS personnel requested a medical helicopter transport the man to the hospital.  Rescuers had to stomp down chest high grass next to the river to create a suitable landing zone for the helicopter.  A Reach Medical Helicopter was eventually able to land and fly the patient to Bozeman Health Hospital.

Sheriff Gootkin would like to remind people to enjoy outdoor activities with at least one partner.  If you have to go alone, tell someone where you are going and when to expect you back.  You can run into trouble close to home the same as you can in the remote backcountry.

Bozeman, MT – Wildfires burning in Sonoma County, California have reinforced a good practice concerning emergency notifications for use here in Gallatin County.  Providing fast, accurate and clear emergency messages during emergencies is often a complicated process that officials here in Gallatin County spend a lot of time preparing for.  As reported by the Route Fifty on October 12th, Sonoma County officials debated the use of a federal system known as Wireless Emergency Alerts to notify individuals affected by the emerging wildfires. Sonoma officials ultimately decided not to use the system largely due to the inability to target only those people affected by the fires.

“Many people have the impression that officials can send emergency messages to anyone, but the reality is that we can’t do that in practice,” stated Patrick Lonergan, Gallatin County Emergency Manager.  Mr. Lonergan added, “Wireless Emergency Alerts will be a great tool in the future, but today it is significantly hindered in several key area.  For example, using the Wireless Emergency Alert System we would have to send a message to every cell phone in Gallatin County even if the emergency only affected West Yellowstone.  To compound this, the messages are limited to 90 characters and can not include website URLs.”  These limitations make the system challenging to utilize and still provide a clear message while identifying who the message applies to.

Lonergan points out that the best way to ensure those in Gallatin County to receive emergency notifications when something affects you is to register in the Community Notification System at Alerts.ReadyGallatin.com.  The Community Notification System is utilized by all public safety agencies within Gallatin County and allows these officials to target messages geographically to those who are actually affected by the incident.  According to Lonergan, “When an emergency occurs we want to provide clear information quickly to those who are actually affected.  The last thing we want to do is inadvertently worry people who are not affected or not send a clear message that people understand.  The reality is that we need our community to register at Alerts.ReadyGallatin.com to ensure we can quickly notify the right people using the methods they prefer.”

Montana is Earthquake Country, Take a Moment to Prepare

Bozeman, MT – Montana has been reminded this year about being one of the more seismically active states in the country and October 19 is dedicated to reminding us about that reality.  At 10:19 am on October 19th a nationwide earthquake drill called the Great Montana Shakeout will occur.  Everyone in Gallatin County is encouraged to spend a couple minutes next Thursday with their co-workers, family and friends to practice “Drop, Cover and Hold On” and review their emergency plans.

Facilitation material is available for a wide variety of organization types to support you at https://www.shakeout.org/montana/resources/. 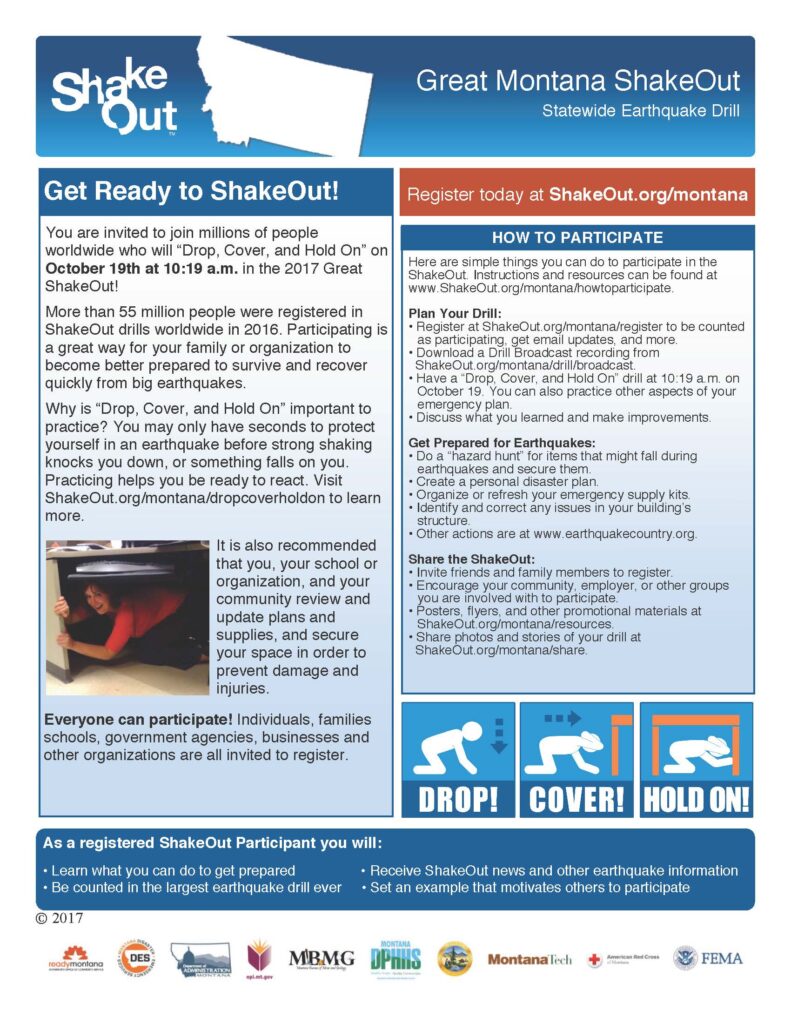 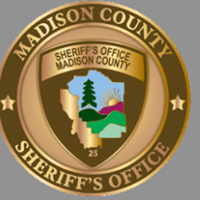 Preliminary investigation indicates that Saturday morning, Oct 7th, Ms. Perkins and 27-year-old Hayden Kennedy hiked 6 miles from the Upper Taylor Fork trailhead to the north couloir of Imp Peak. Near the bottom of the couloir around 10,000’, they triggered an avalanche while ascending on skis with skins. The avalanche was 1-2’ deep at the crown, approximately 150’ wide, and 300’ long. The slope where the avalanche released was 38-45° steep with a north-northeast aspect.  (Additional details from the Gallatin National Forest Avalanche Center)  Ms. Perkins was recovered by Rescuers after a probe pole search around 11:15 AM Monday.  (HAYDEN KENNEDY- Family Statement 10-10-17)

Due to the remote location of the mountain, a helicopter was used to access the search area.  According to Madison County Sheriff Roger Thompson, Imp Peak is a rugged mountain with steep slopes that has received enough snow to create an early avalanche hazard.  Every year, outdoor enthusiasts are cautioned to be careful when exploring the backcountry in Montana since dangers like these exist throughout the fall, winter, and spring.     #####

Follow-up questions can be directed to: