At about 8:30 p.m. the fire has been turned over to the Custer Gallatin National Forest.  Any further updates will come from the Forest Service.

(Bozeman, Mont.) The fire in the Bridger Mountains North of Bozeman is called the Limestone Fire and is burning north of Springhill Community.  Fire Crews on foot from Central Valley Fire Dept. and the US Forest Service have just reached the fire.  In addition Smoke Jumpers and a Helicopter are enroute.  Weather conditions are favorable including rain and it is burning in the direction of a rock face.  No evacuations or other notifications are in place.

The fire is estimated at 2 acres burning currently on Forest Service.  The helicopter was turned away because of weather but smoke jumpers are above it now.  Photo courtesy of the Sheriff’s Office 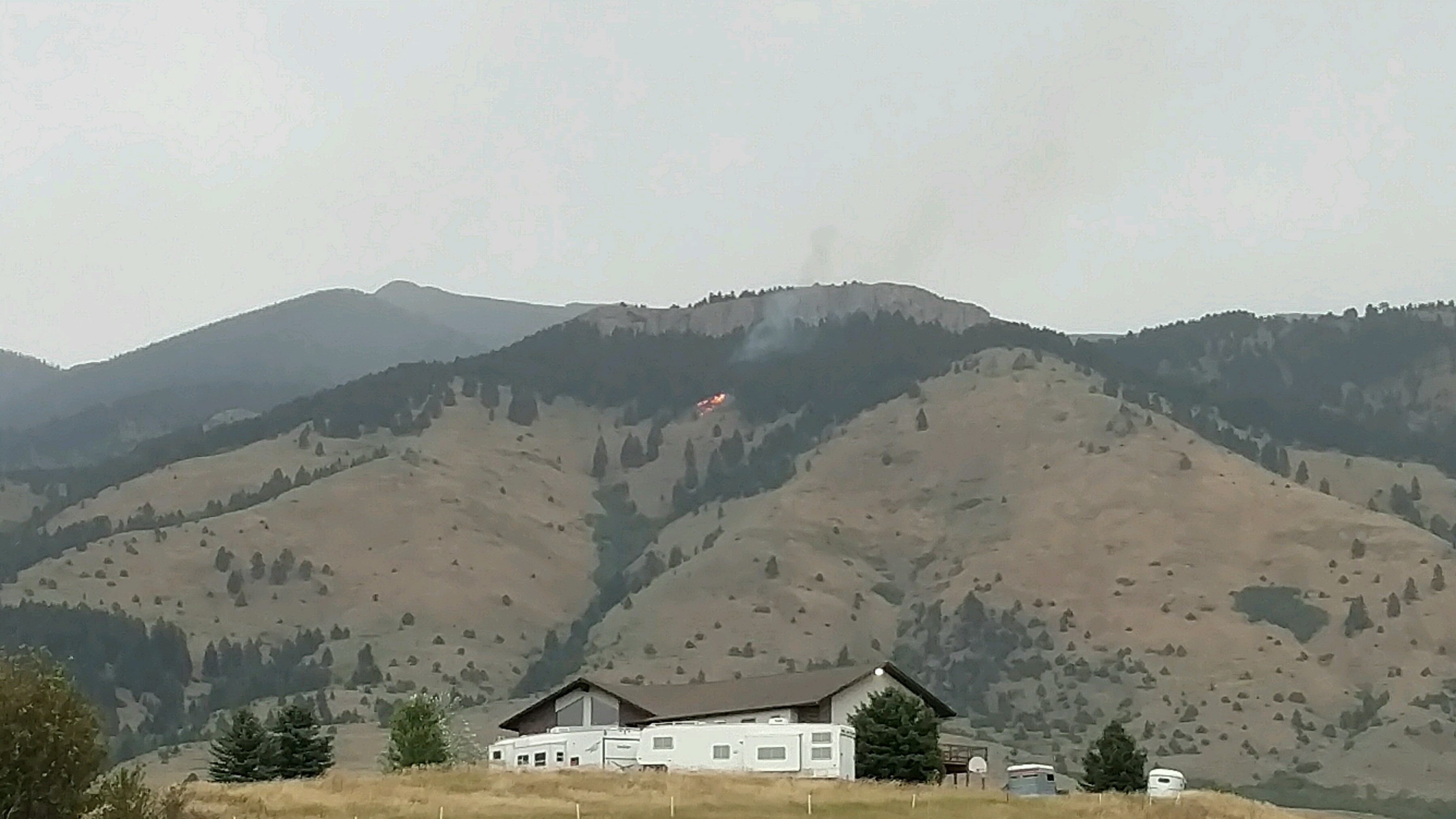 (Big Sky, Mont.) Friday at 12:28 P.M. Sheriff’s Search and Rescue volunteers from Big Sky SAR were dispatched to the Buffalo Horn area south of Big Sky for a woman injured in a horse crash. The 20 year old woman from Oklahoma was guiding a horse back tour when her horse spooked and went over backwards on her causing a significant back injury.

A member of the horseback tour used the guide’s radio to contact Canyon Adventures who passed it along to the Gallatin County 911 Dispatch Center.

Members of Big Sky Search & Rescue and a Reach Air Medical Service helicopter were able to locate the patient on a trail crossing Elk Horn Creek near Blizzard Ridge. She was transported to Bozeman Health Deaconess Hospital by helicopter.

(Gallatin County, Mont.) On August 3rd, 2016 at 2226 hours, the Gallatin County Coroner’s Office responded to a single vehicle fatality crash located at Interstate-90, MM 294 westbound.  The driver of the vehicle identified as 25 year-old Ricky Robertson of Manhattan was pronounced dead on scene. The passenger and only other occupant of the vehicle has not been identified and the passengers condition is not known at this time. Montana Highway Patrol is investigating the crash.

On August 1, 2016 around 1:15 PM Gallatin County Search and Rescue responded to the area of Big Bear lake, south of Bozeman near the mouth of Gallatin Canyon, for a report of a 12-year-old boy with a broken leg.

A family from Michigan rented four wheelers and headed up to Big Bear Lake from Storm Castle. Just west of the lake, the 12-year-old went over a hump in the road and flipped over the handlebars. The Father was able to call 911.

Members from Sheriff’s Search and Rescue and Reach Air ambulance responded from Little Bear Road. They reached the patient about 12 miles in and administered medical treatment. The 12-year-old sustained a compound fracture of the lower leg. He was transported out using a special backcountry trailer to an awaiting AMR ambulance. He was then transported to Bozeman Deaconess Hospital.

Sheriff Gootkin would like to remind all outdoor enthusiasts that an accident in the backcountry can be a complicated affair to get treatment. The area around Big Bear Lake consists of a maze of roads. Many roads are not on maps and others have been re-numbered. Had the 12-year-old been more seriously injured, there might have been a different outcome.

Photos courtesy of the Sheriff’s Office 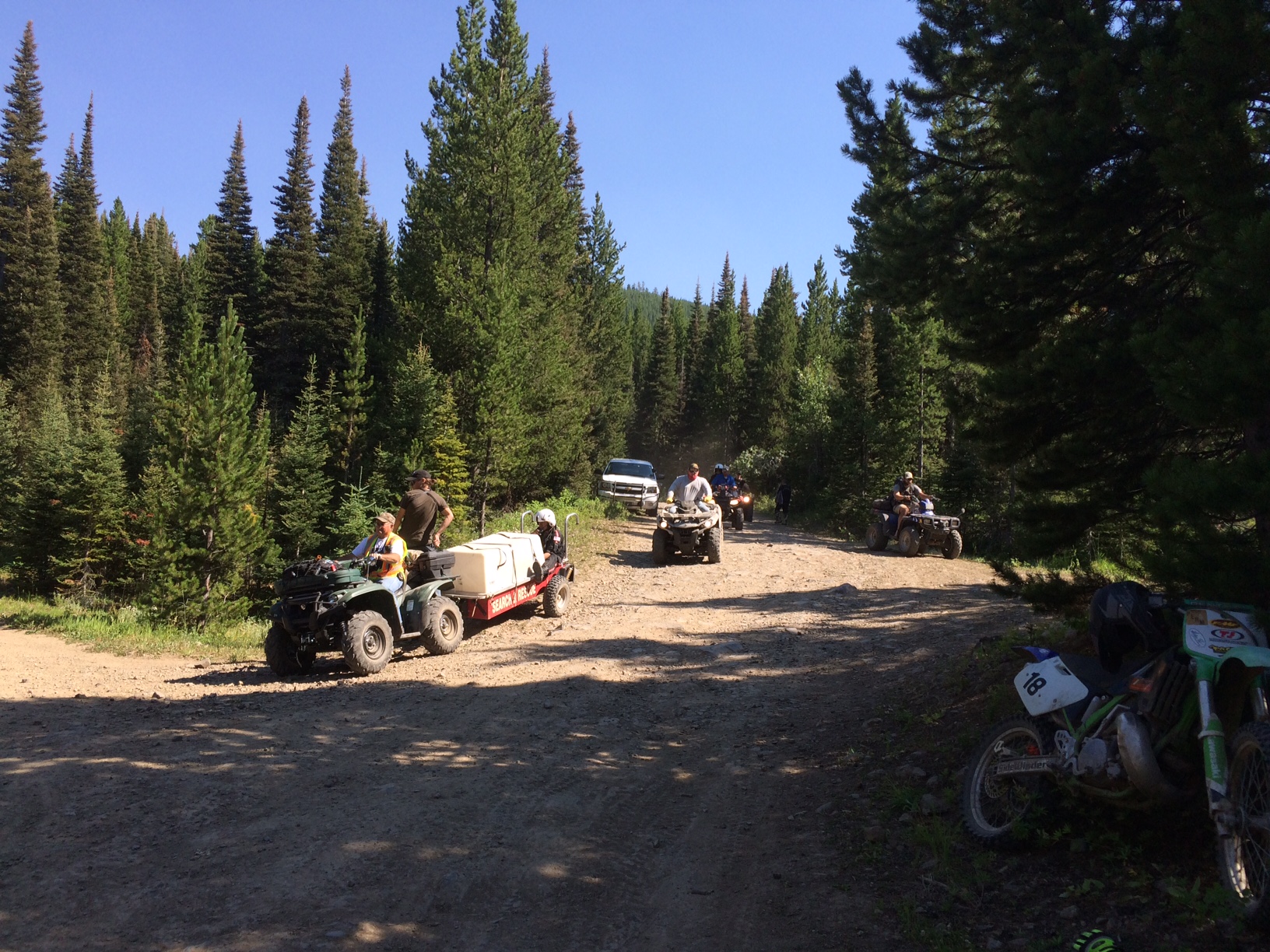 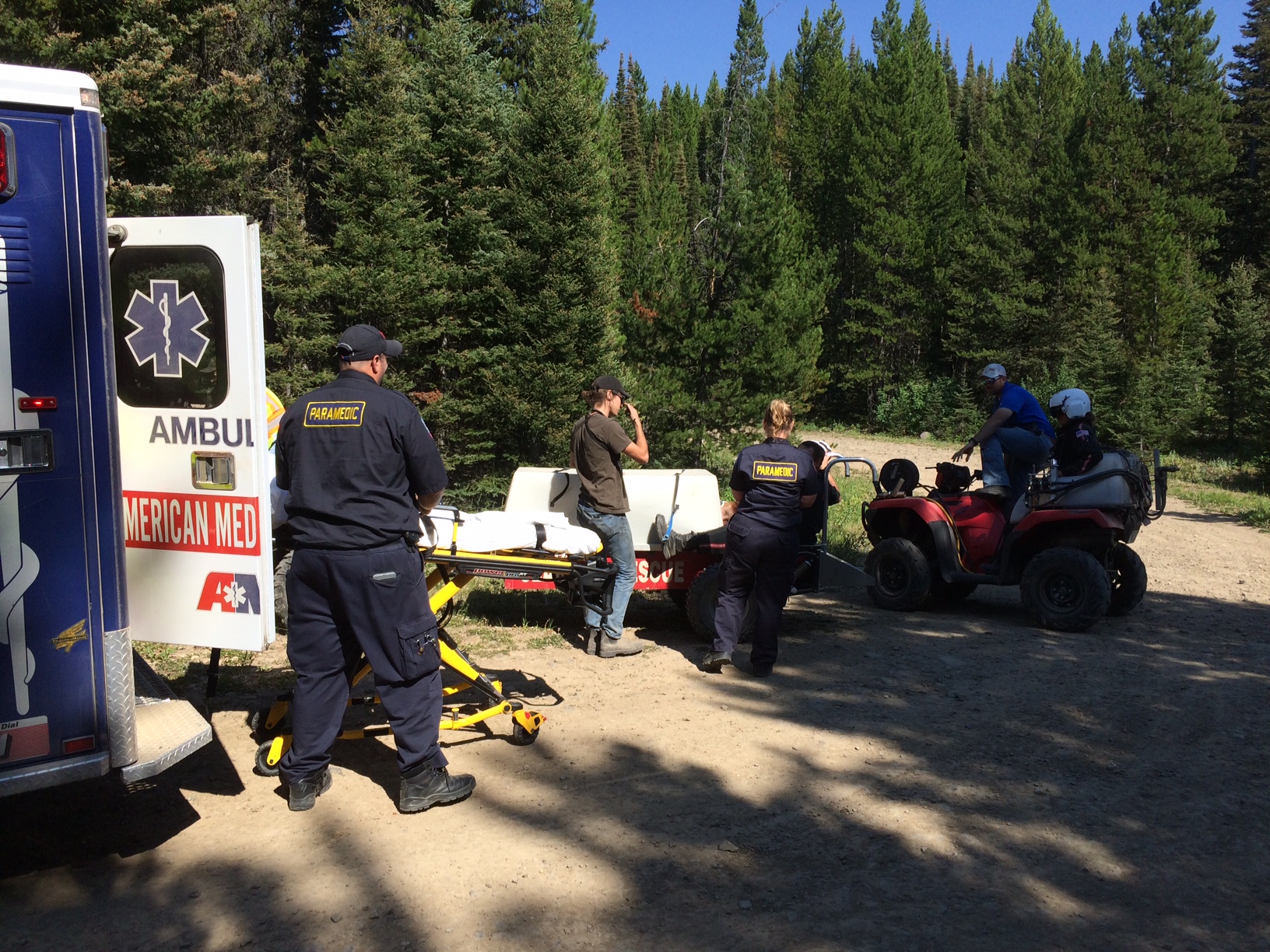