On Sunday, October 26, 2014, at approximately 11:52 a.m., the Gallatin County Sheriff’s Office, West Yellowstone Search and Rescue, and Forest Service Personnel received a report that two hunters had encountered a severely hypothermic hunter in the Beaver Creek drainage which is approximately 21 miles northwest of West Yellowstone.

The hunters discovered the 78 year-old male approximately 3 miles from the Beaver Creek Trailhead. One of the hunters was able to start a warming fire while the other walked out to the trailhead and contacted the rescue team.

Once on scene, the team was able to transport the recovering hunter via horseback to an awaiting ambulance that then transported the hunter to Madison Valley Medical Center where he was treated for mild frostbite and dehydration.

The Gallatin County Sheriff’s Office would like to remind hunters to take the proper safety equipment first aid kits, proper clothing and gear when enjoying Montana’s scenic by-ways.  Even if you are headed out for just a few hours, an injury, severe weather or a wrong turn could become life threatening. A relatively simple trip can easily turn into something much more without the proper equipment and the knowledge of how to use it.

(Gallatin County, Mont.) 25 year old Zachary James Silflow a resident of Gallatin County was arrested this evening by Sheriff’s Detectives.  He has been charged with 2 counts of Arson and Burglary related to the Heritage Christian School fires early this morning and in 2012.  He has been booked into the Gallatin County Detention Center and will have an initial appearance in Justice Court early next week.  #####

(Gallatin County, Mont.) The Sheriff’s Office is asking for help in identifying the person in the attached photographs and video.  He is a suspect in the fire that occurred in the early morning of Friday October 24, 2014.  Anyone with information is asked to contact the Sheriff’s Office at 406-582-2121 or Crime Stoppers at 406-586-1131.  A cash reward may be offered for information leading to the apprehension and conviction of the person responsible. 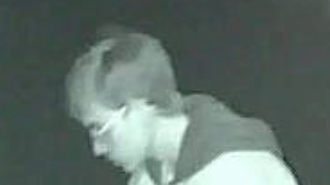 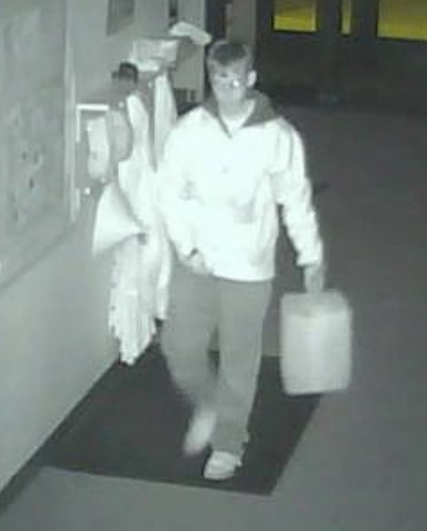 (Gallatin County, Mont.) This morning at 5:09 A.M. the Rae and Sourdough Fire Departments were dispatched to 4310 Durston Rd for a fire alarm.  A Deputy was first on the scene and advised that there was heavy smoke in the building.  Fire units from Rae, Sourdough, Bozeman City, Central Valley, Ft. Ellis, Amsterdam and Gallatin Gateway were also dispatched.  The fire was declared under control at 6:37 A.M.  There were no injuries reported.  The Fire Department reports that the fire and associated damage was minimized because of the fire sprinkler and alarm system installed during the last remodel of the building.

The fire is being investigated by the Sheriff’s Office.  There will be a press conference held at the Detention Center Community Room today at 1:00 P.M.

On   October 19, 2014 at approximately 11:30 AM, a one vehicle accident was reported to the Gallatin County Sheriff’s Office. The vehicle left the roadway and rolled down a steep bank.

The driver and lone occupant of the vehicle was ejected from the vehicle and died on scene. The deceased male was identified as Jason Titmus, 36 years of age. Titmus is originally from Washington, but was currently residing and working in Big Sky.

The cause of death is still under investigation and the accident is being investigated by the Montana Highway Patrol.

(Gallatin Count Mont.) Today at approximately 2:00 am, 10-year old Gallatin County resident Keith Pierce, passed away at St. Vincent’s hospital in Billings. The coroner investigation is ongoing, but a forensic examination was completed today. The examination determined the cause of death as severe sepsis due to complications of a spider bite. #####

On Sunday, October 5th, 2014 , at approximately 0210 hours the Gallatin County Coroner’s Office responded to a Motor Vehicle accident. It was determined that blunt force injuries caused the death of a 31 year-old recent Belgrade resident, Kevin Bailey. Bailey was the driver of a northbound Toyota pickup when a head-on collision occurred with a tractor-trailer truck. The driver of the tractor-trailer was uninjured. The crash is being investigated by the Montana Highway Patrol.

The first call was received at approximately 7:35 PM from subjects reporting a motor vehicle accident in the Moser Creek area of Hyalite Canyon.  A Jeep Wrangler with three occupants had rolled several times down an embankment, the occupants were reportedly unharmed.

GPS coordinates were obtained from the 911 call, giving an estimated location which was on a rough, steep, and muddy side road.  Montana Highway Patrol was advised of the accident, but due to the difficult access and uncertain location, Search and Rescue was requested to assist.

Search and Rescue volunteers responded with trucks and ATVs, and were able to reach the crash scene.  The Jeep’s occupants were confirmed uninjured, and they were given a ride back to a more civilized road, where friends were waiting.  Recovery of the vehicle was postponed until daylight hours the following day.  The investigation will be handled by Montana Highway Patrol and U.S. Forest Service.

The other Search and Rescue event occurred at approximately 9:00 PM, just as Search and Rescue was departing the Hyalite Canyon call, a 911 call was received from a party of three who had become lost while hiking.  A man and woman with a young child had departed from the Bear Canyon Trailhead earlier in the day, intending to make a loop hike, but had gotten lost after encountering a trail sign which was knocked down.

The caller reported that they were okay, but they were not prepared for an overnight stay or nighttime temperatures.  Although the caller could not give dispatch their location, the 911 call provided GPS coordinates which later proved to be highly accurate.Those coordinates placed the subjects on a gated Forest Service road, a short distance inside Park County.

Gallatin County Dispatch contacted the Park County Sheriff’s Office to advise them of the call, and to offer mutual aid assistance since Gallatin County Search and Rescue was already mobilized, and the caller’s location was not yet confirmed.  Park County requested mutual aid, so the returning SAR volunteers from the Hyalite Canyon call were diverted to this call.  Access was gained via the Goose Creek Trailhead, which was the closest access to the caller’s coordinates.

Gallatin County Search and Rescue members were able to drive directly to the lost parties, who had followed dispatch’s instructions to stay where they were.  The GPS coordinates from the 911 call were within 80 feet of the location where they were picked up.  The subjects did not require any medical treatment, and they were given a ride to a relative who was waiting at the trailhead.

Both of these calls demonstrated the advantage of carrying a charged cell phone when on outdoor adventures, both for making the call for help, and for assisting responders in locating the caller.

Sheriff Gootkin strongly advocates carrying cell phones and other communication devices in these situations, but reminds backcountry users not to depend solely upon these safety nets.  Their effectiveness is dependent upon many factors, including location, terrain, and battery life, and these factors can be hard to predict, especially in mountainous terrain.  Technology should not substitute for being properly prepared for unexpected mishaps.  Among other important precautions, outdoors enthusiasts should always be equipped for changing weather and the possibility of staying overnight.  Have fun and be safe!