On Wednesday, January 22nd, 2014, at approximately 11:00 am, the Big Sky Division of the Gallatin County Sheriff’s Office Search and Rescue and the Big Sky Fire Department responded to a backcountry rescue in the Buck Creek Basin area south of Big Sky approximately eight miles west of the Doe Creek Trailhead.

A 28 year-old snowmobiler had dislocated his shoulder and was unable to ride out.  Search and rescue personnel responded to the scene on snowmobiles, provided medical aid, and transported the patient out of the backcountry.  The patient was transported to Bozeman Deaconess Hospital by a waiting Big Sky Fire Ambulance.

The Sheriff would like to point out two aspects of today’s event that assisted in the successful rescue. One, the snowmobile group was large enough that someone could stay and render aid to the injured individual while someone else rode to summon help.  Two, The group carried a means of communication, in this case a cell phone, which helped rescuers begin responding as soon as cell phone service was available.

Gallatin Gateway, MT – The Gallatin County Road and Bridge Department has re-opened Axtell-Gateway Road.  The road is still rough and the road crews will be visible as they continue working on it, but it is now passable by all vehicles.

(Bozeman, Mont.) On January 12, 2014, at approximately 2:00 p.m.., the Gallatin County Sheriffs Office received a 911 call from a friend of two snowmobilers who were presumed lost in the Olson Creek area north of Bozeman.  The Gallatin County Sheriff’s Search and Rescue responded to the area and searched without success until midnight.  The search was suspended due to poor visibility during white-out conditions.

Ground Personnel resumed the search during the early morning hours of January 13, 2014.

The search team located the snowmobilers, two Bozeman men in their 20’s, walking in deep back country at approximately 10:35 a.m.  The snowmobilers were checked by EMS personnel.  Please contact Sheriff Gootkin for further updates. 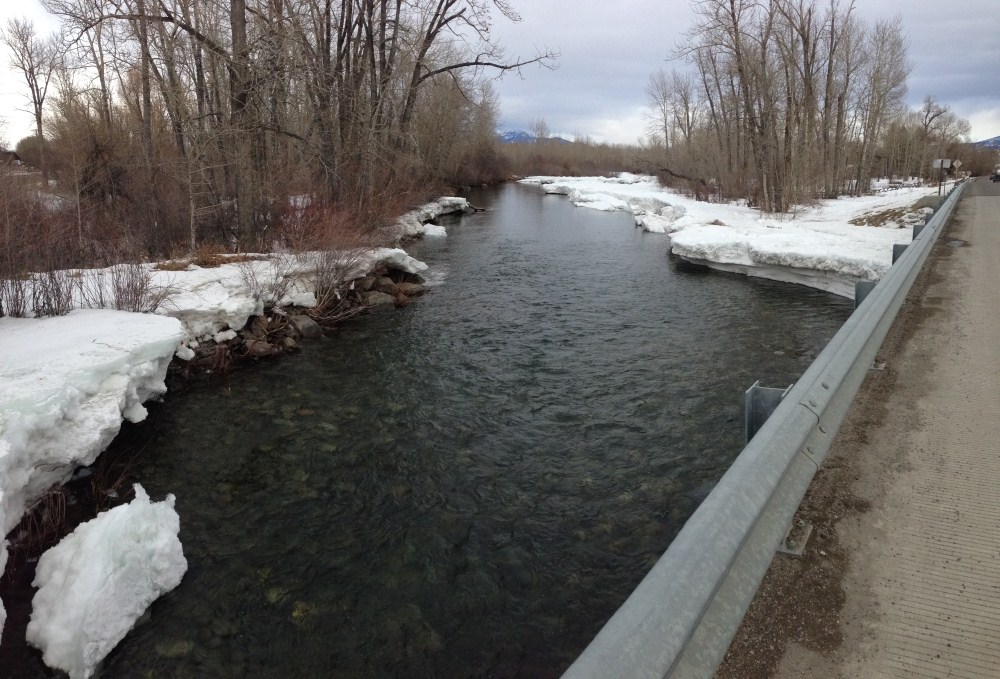 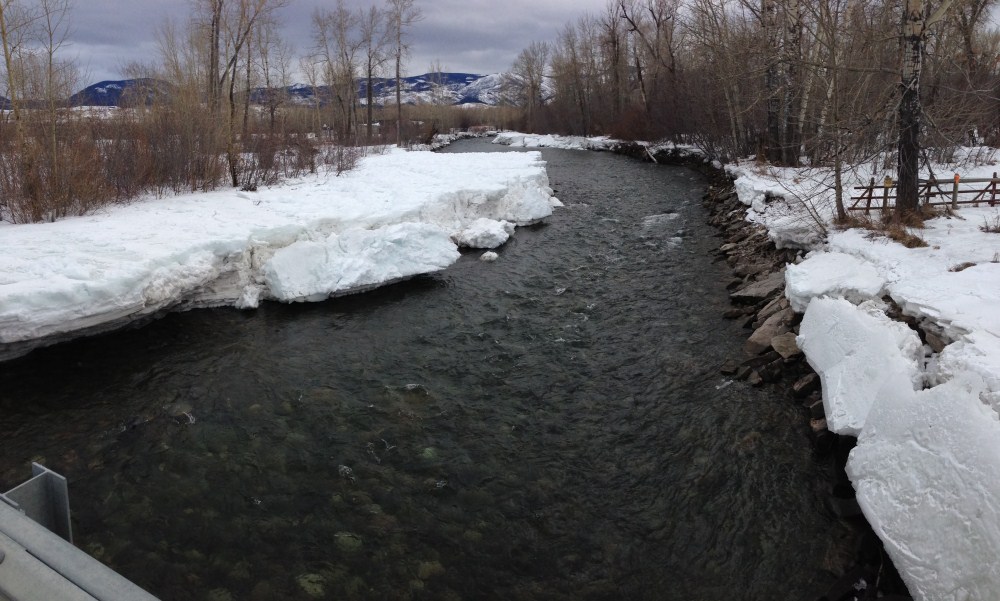 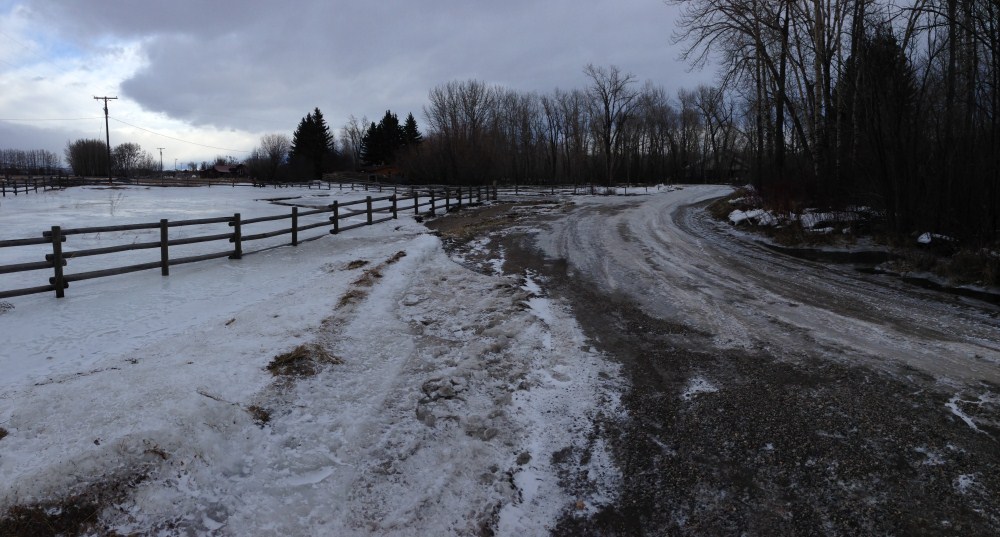 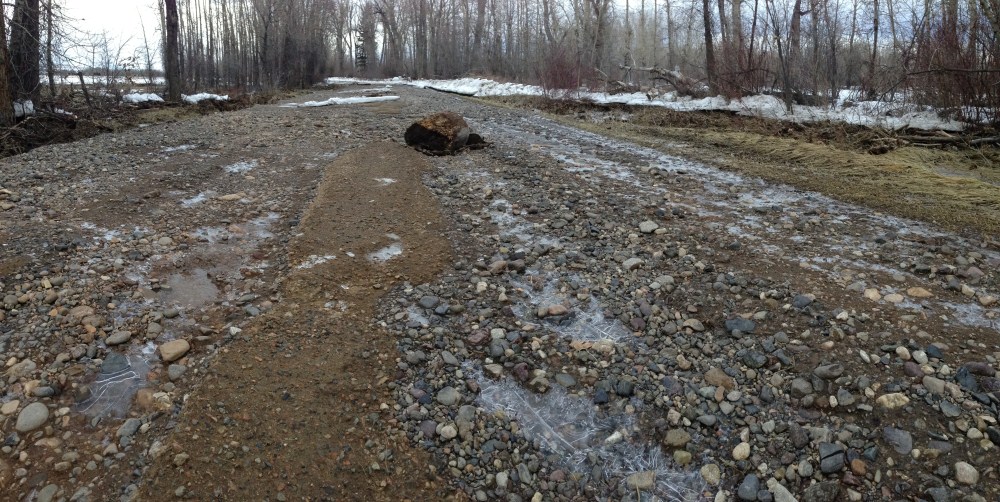 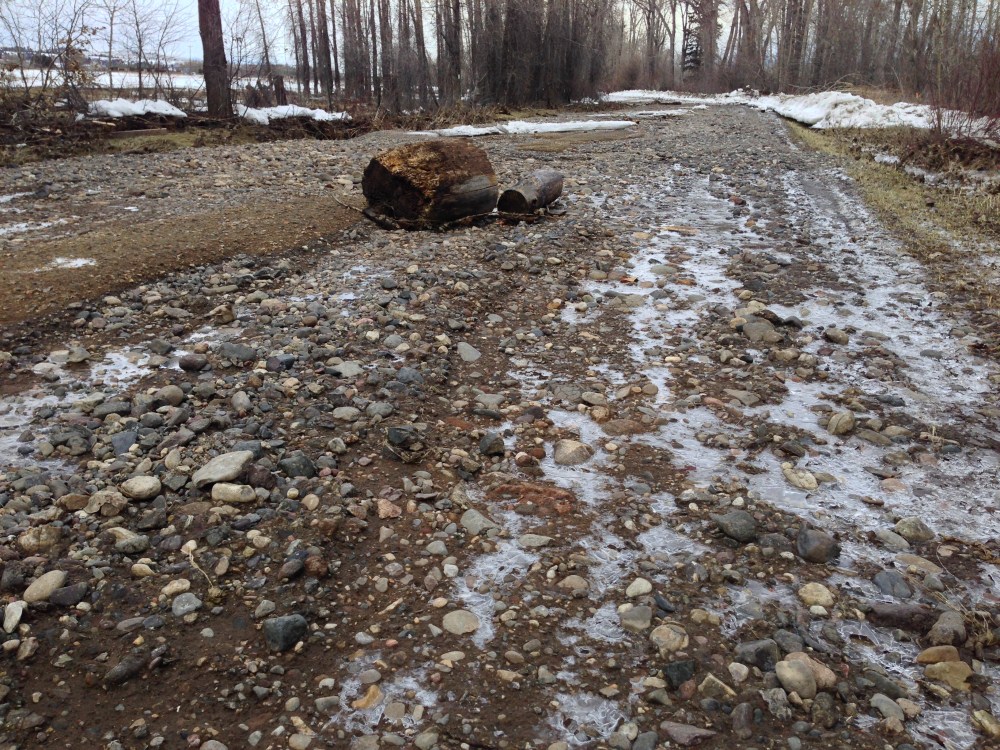 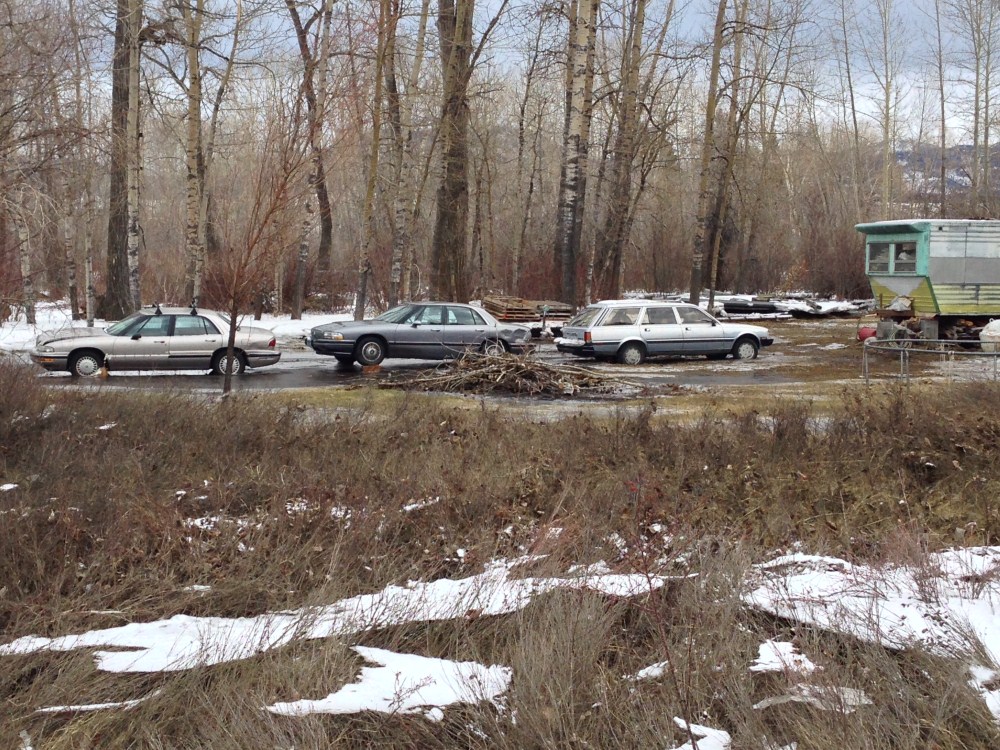 Personnel from the Gallatin County Sheriffs Office and the West Yellowstone Division of Sheriff’s Search and Rescue responded.

The search team located the lost party in nearly zero visibility conditions and escorted them back to West Yellowstone. The lost party consisted of a couple from Helena and three people from Bozeman. One of the snowmobilers was checked by Hebgen Basin Fire Department EMS personnel and released. The other members of the group were cold and tired but did not need medical attention.

Gallatin County Sheriff Brian Gootkin stated that he can remember when this rescue could have taken all night.  The improvement of cellular and 911 center technology over the years  has made locating some lost persons much more efficient.  This is much better for our rescue volunteers than waiting till 10:00 at night to hear someone is overdue then sending teams out to look for a needle in a whiteout.

(Gallatin County Mont.)  Thursday about 11:15 a.m. a 21 year old MSU student from California was skiing north of Bridger Bowl when he collapsed a vw van size cornice and fell on the north side of Duanes Bowl.  He was unhurt but unable to descend or acend due to snow depth, steep terrain and being unfamiliar with the area,  He sent his girlfriend a  20 year old MSU student from Illionis back to Bridger to get help.  She met Eric Mullen (off duty ski patroller and Sheriff’s Search and Rescue hasty team member with a radio) at the top of hidden gully.  Eric called the event in and started to the scene with the witness.  Two additional SAR members that were sking at Bridger, Scott Gill and Phil Sgamma were dispatched the the scene with additional gear.  The Skier was raised with a 3:1 pulley system of ropes and brought back to the ridge by 2:30. The party was hiked back south via the ridge into the ski area.  This area was about 200 meters north of the bridger bowl boundary and is full back country conditions with school bus sized cornices all over the ridge.

On Friday January 10, 2014, at 5:38 p.m., the West Yellowstone Police Department received a 911 call from a 30-year-old snowmobiler who reported that he and his 27-year-old friend were lost, their snowmobiles were stuck, and they were tired and hungry. The police dispatcher was able to get GPS coordinates from the caller’s phone, which showed that they were in the Lionhead area west of West Yellowstone.

Personnel from the  Sheriffs Office, the West Yellowstone Division of Sheriff’s Search and Rescue, and the U.S. Forest Service responded.

The lost snowmobilers were from Williston, North Dakota. They were accomplished riders but had gotten into a steep, wooded area where they could not ride back out. After calling 911, they started a fire, and waited for search and rescue. The search team located the two men and had them walk downhill to meet them. They were tired but did not need medical attention.  #####

The Gallatin River in Gallatin Gateway is beginning to show signs of ice breaking up. This is a good situation that will hopefully create room in the river channel for the water. While we have not seen a noticeable drop in flooding yet, hopefully we will start seeing flood waters begin to recede. Residents should keep in mind that this situation is dynamic and could change quickly with the weather. If flood waters do recede, residents should continue to closely monitor conditions through the winter as weather conditions change. 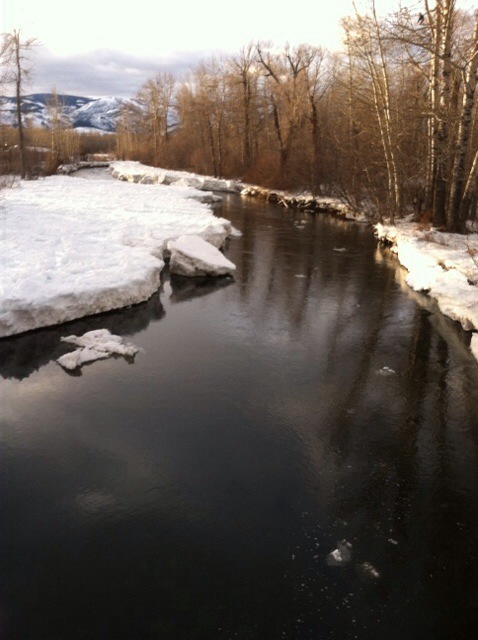 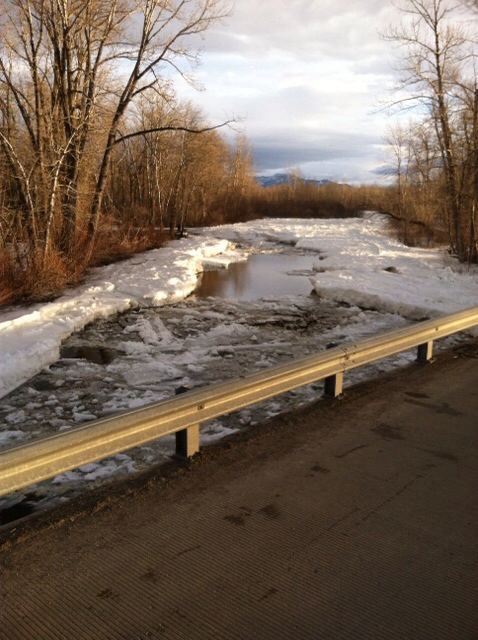 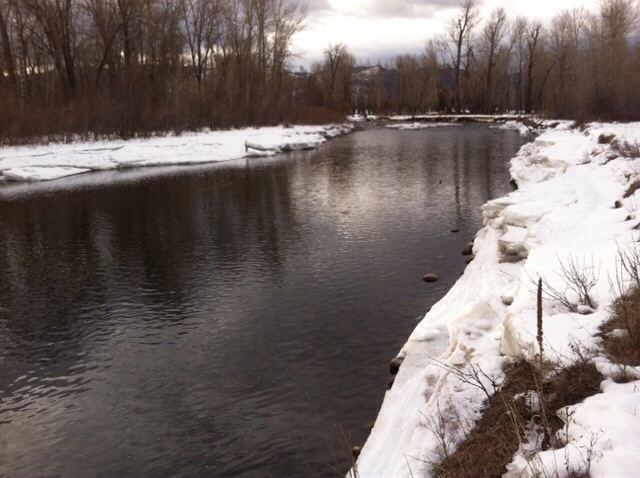 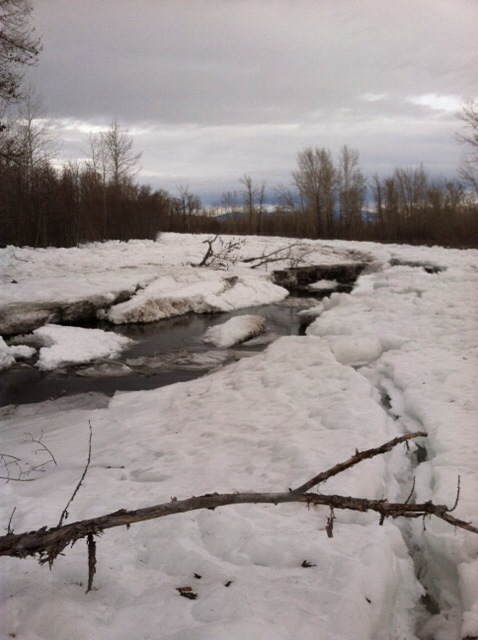 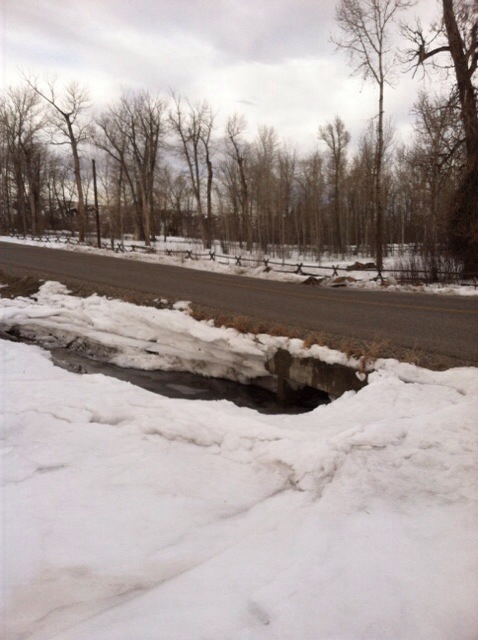 On 1/7/14 Gallatin County Sheriff’s Office dispatch received a 911 call from an individual regarding an unresponsive female.

The Big Sky Fire Department responded and administered CPR.  Medical personnel were unable to revive the female and she was pronounced deceased at the scene.

The individual was identified as 33 year-old Maurie Patricia McLaughlin of Butte.

McLaughlin’s death is being investigated by the Gallatin County Coroner’s Office.