Flooding from ice jams is very erratic and changes quickly.  As such, the road conditions will continue to be evaluated and closures will be adjusted as necessary. 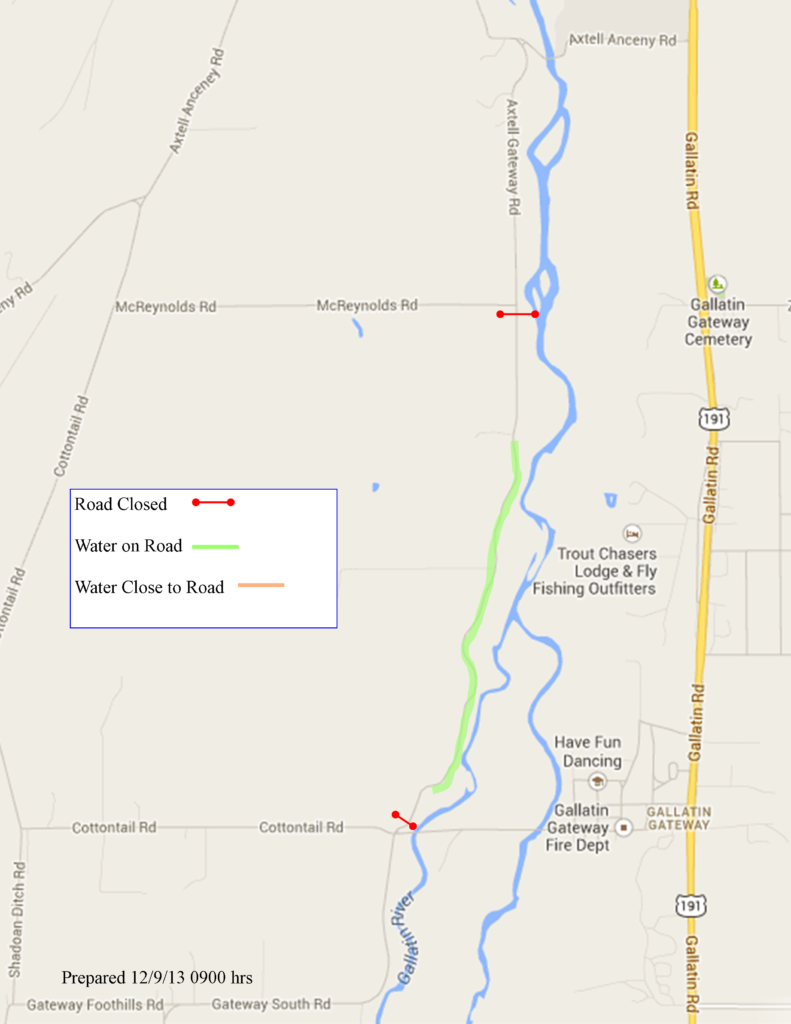 Emergency personnel are continuing to patrol the area and will remain in contact with the affected residents.  Special procedures and equipment have been put in place should an emergency occur within the flood area.  It is expected that this situation will remain for some time and likely become worse before the ice jam breaks up.  If weather allows, we will attempt to accurately survey the ice jam and resulting flooding from the air on Monday.

Residents living in flood prone areas along the river are encouraged to ensure their property is properly protected from flooding should they become affected.  The public is also encouraged to stay away from the river channel.  Ice jams are unpredictable and can be very dangerous when they break up.

More information on flooding can be obtained at:  www.ReadyGallatin.com. 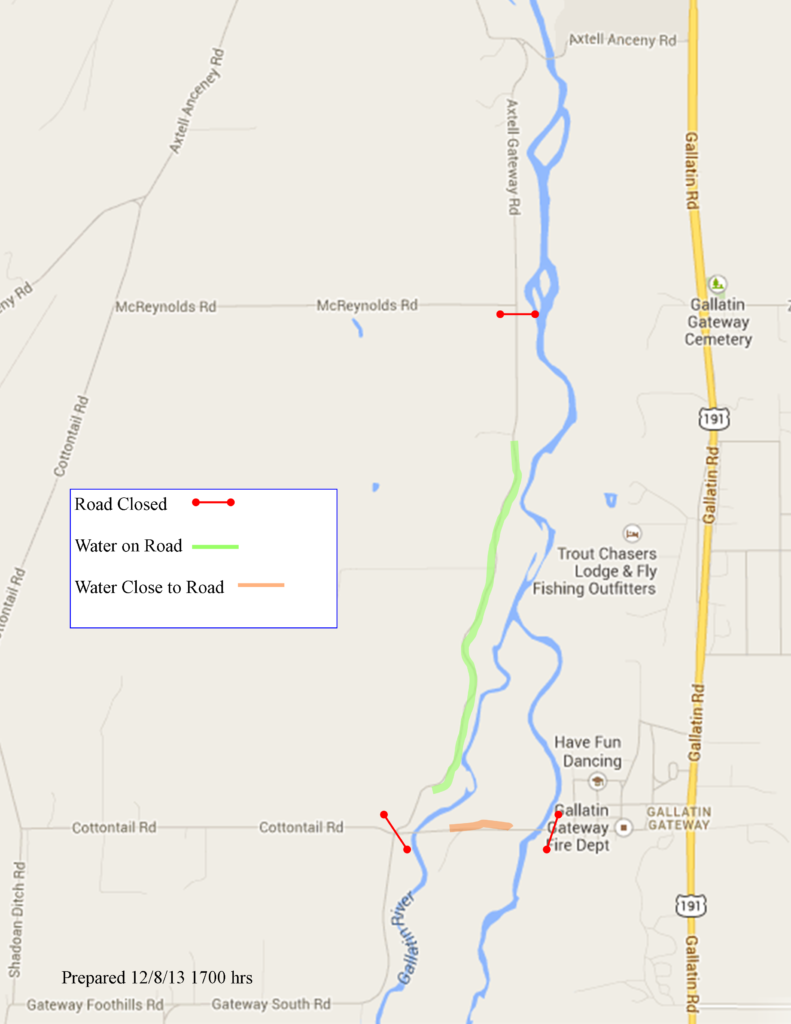 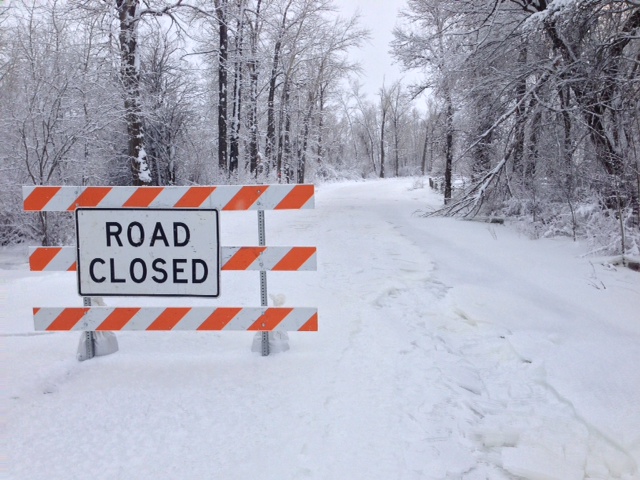 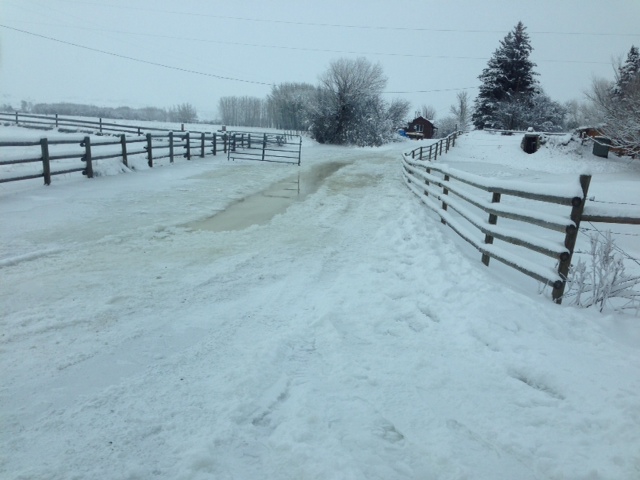 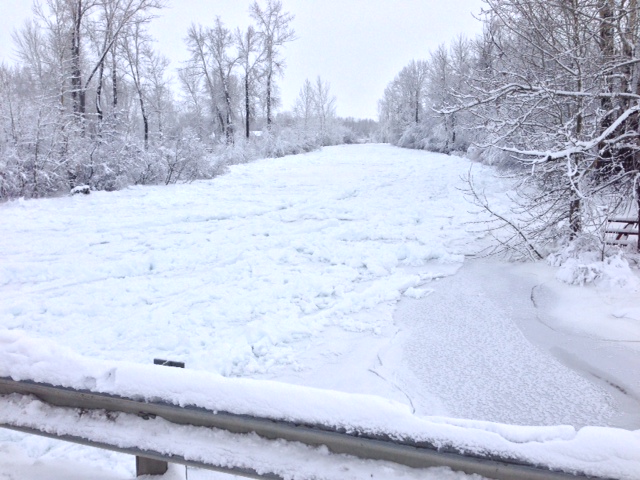 Today at 3:30 representatives from the Sheriff’s Office, Search and Rescue, Emergency Management and Gateway Fire Dept will be available for questions at the road closure on Mill St.

Information on flooding and how to protect your house is available at: http://www.readygallatin.com/flooding.php .

Axtel Gateway Road from Gateway South Road to McReynolds Road has been closed due to the roadway being flooded.

The Gallatin County Sheriff’s Office continues to monitor the flooding caused by an ice jam which formed on the Gallatin River in the Gallatin Gateway area. Deputies are patrolling the area as often as possible, and have been in contact with many area residents whose homes are, or may be, affected. The Sheriff’s Office, in conjunction with Sheriff’s Search and Rescue and the Gallatin Gateway Rural Fire Department, are prepared to respond to emergencies in the affected area if necessary. However, residents are asked to be as self-sufficient as possible, and maintain awareness of their surroundings and situation, as the course of overflowing water has changed rapidly in some areas. A substantial portion of Axtell Gateway Road remains closed due to water flowing across the roadway, and the public is asked to stay clear of the signed areas. We will post additional updates as they become available.

An ice jam formed today on the Gallatin River about a half mile north of Gallatin Gateway. The ice jam is causing the river to rise, threatening homes along the Axtell-Gateway Road and potentially threatening homes on Gateway South Road. Currently water is washing across the Axtell-Gateway Road which is currently closed from Deer Spring Road to Gateway South Road.  Personnel from the Gallatin County Sheriff’s office and the Gallatin Gateway Rural Fire Department have been notifying residents in the area about the threat of the Gallatin River rising upstream (south) of the ice jam. The Gallatin County Road and Bridge Department has also been on-scene to assist with the response. Emergency responders have future concerns that when the ice jam loosens, the possibility of a sudden release of water could potentially threaten homes downstream as well. Traffic on Gallatin Road (Route 191) has not been affected.

On Friday, December 6, 2013, at 1:28 PM, the Gallatin County Sheriff’s Office received a report from a woman in Washington who was concerned about the welfare of her 29-year-old son, who she believed to be camping and skiing in the Bozeman area. She had not heard from him since November 27th. A Deputy Search and Rescue Coordinator from the Sheriff’s Office began making contacts and trying to gather any additional information. Aside from multiple locations in Gallatin and Madison Counties that he was said to frequent, the only substantial lead was a possible previous sighting of a vehicle and tent matching the description of those used by the missing subject. This was in the area of the South Fork Brackett Creek Road in the Bridger Mountains. Due to very limited information about search areas, along with concern over extremely cold temperatures, contact was made with the media in hopes of gaining information from the public.

At approximately 5:00 PM, twelve volunteers with Sheriff’s Search and Rescue were activated for a backcountry search of this area. Six searchers were deployed to the field with snowmobiles and a tracked ATV. They searched the high probability areas without finding signs of the subject. As searchers were regrouping to plan for further action, dispatch received calls from several citizens who had reportedly seen the subject earlier in the day at Bridger Bowl. A deputy sheriff responded to Bridger Bowl, and spotted the subject leaving in his vehicle at about 8:20 PM. It was learned that the man had parked at Bridger Bowl, notified several people of his plans, and then went camping and backcountry skiing from there. It appeared he had been properly equipped for conditions, and took measures to stay warm when the temperatures became frigid, including getting a fire started in difficult conditions. He was not in need of assistance, and was headed back into Bozeman.

Though in this case it turned out that the missing party did not need help, Sheriff Gootkin reminds outdoor recreationists that in addition to being physically prepared for adverse conditions, communication is also important and can lower the potential for “false alarms” and unnecessary deployment of emergency personnel. Sheriff Gootkin extends his thanks to the alert members of the public who responded to the media request for information, leading to a quick resolution to this search.

On December 7, 2013 at approximately 0225 hours the Belgrade Police Department responded to a crash on Jackrabbit Lane at the intersection of 8th Street. During the course of the ongoing investigation, it was determined that the single vehicle involved hit a power pole and this caused two more poles to dislodge and lose power. Northwest Energy was called and responded. They are currently working as fast as possible to restore the power to the areas that have been affected. At this time there is no timeline for when the power will be restored however, power has already been restored to many residences. Please direct all inquiries about the power loss to Northwest Energy.

Due to the power outage, any Belgrade citizen who has been affected can come to the Belgrade City Hall to stay warm. Please use the call box on the west side of the building (where the police vehicles are parked) to let someone know to come and let you in. We are also making arrangements with local churches, should the problem last longer than expected.

If you have any knowledge or information about the crash please contact the Belgrade Police Department.

The Special Belgrade City Council Meeting was cancelled tonight. A meeting will be scheduled at a later date to discuss the City Manager position.

Thank you for your cooperation.