On December 26, 2013 at approximately 2305 hours Belgrade Police Officers responded to a reported domestic disturbance between a juvenile female and her juvenile boyfriend. During the course of the investigation it was determined that the two juveniles were in a vehicle that was driven by an 18 year old male when an argument ensued between the two juveniles. At one point the juvenile female jumped from the moving vehicle causing injuries to herself. According to one report an unidentified person witnessed this and confronted the three involved participants. The juvenile female eventually returned to the vehicle and was driven out of the city where she attempted to flee several times before being forced into the trunk of the vehicle. The female was eventually released and returned to her residence. The two males were located and arrested for the charges of Kidnapping and Criminal Endangerment. Investigators are still following up on additional information regarding this investigation. As the investigation is still ongoing, additional press releases will be issued when and if it is appropriate.

Anyone with information about the identity of this witness or who may have witnessed any part of this incident please contact the Belgrade Police Department at 406-388-4262. All evidence indicates that this was an isolated incident and there is no ongoing threat to the community.

(Bozeman, Mont) Two MSU students, a man and woman in their 20’s, triggered an avalanche and were swept several hundered yards and over a cliff today about 3:00pm.  The pair were skiing Bridger Ridge and decended north and out of bounds of the Bridger Ski area.  The woman who had recently graduated from MSU suffered a significant leg injury and was transported by rescuers to the Bridger Bowl ski patrol room where she was stabilized then transported to the hospital. Sheriff Gootkin reminds back country users that recent snow conditions have contributed to significant avalanche danger in the area.  At a minimum, backcountry skiers need a partner, avalanche beacon, shovel and probe poles.  The Sheriff stated that these two students were very fortunate to have escaped this event considering the size of the slide and the terrain they were swept over.  ######

James Harlan Garwood, the 14-year-old male who had been reported missing on December 15, 2013, was located and returned home by Gallatin County Sheriff’s Deputies on December 19th.  The youth was located as a result of a tip from a citizen who recognized the boy from the photos and description released earlier this week.

The Sheriff’s Office would like to thank all those who called in with tips and information regarding this matter.

Due to recent fraud reports of opened mail along county roads, the Gallatin County Sheriff’s Office would like to remind everyone about the danger of putting cash, checks, or gift cards to be mailed in your mail box for delivery, especially during the holiday season.  The Sheriff’s Office recommends that you physically take mail of this nature directly to the post office.

The Sheriff’s Office further asks that you be aware of any suspicious vehicles and/or persons in your neighborhood and to report this information to the Sheriff’s office at 582-2100, option #2 as soon as possible.  Please note the description and location of the person and relay this information as well.

The Gallatin County Sheriff’s Office is looking for assistance in locating a missing juvenile male.  James Harlan Garwood, 14 years of age, was last seen at his residence at 196 Mountain Lion Trail, Bozeman, Montana, on December 15, 2013, at approximately 4:00 p.m.  James is described as 5’1” tall; 98-100 pounds; longer, shaggy, light brown hair; and brown eyes.  He also walks with a limp on his right side.  James was last seen wearing a red pullover hoodie with a grizzly that says “Cali Lov” on it, and black jeans with holes in them.  A number of James’ friends have been contacted and at this time have not reported seeing him. 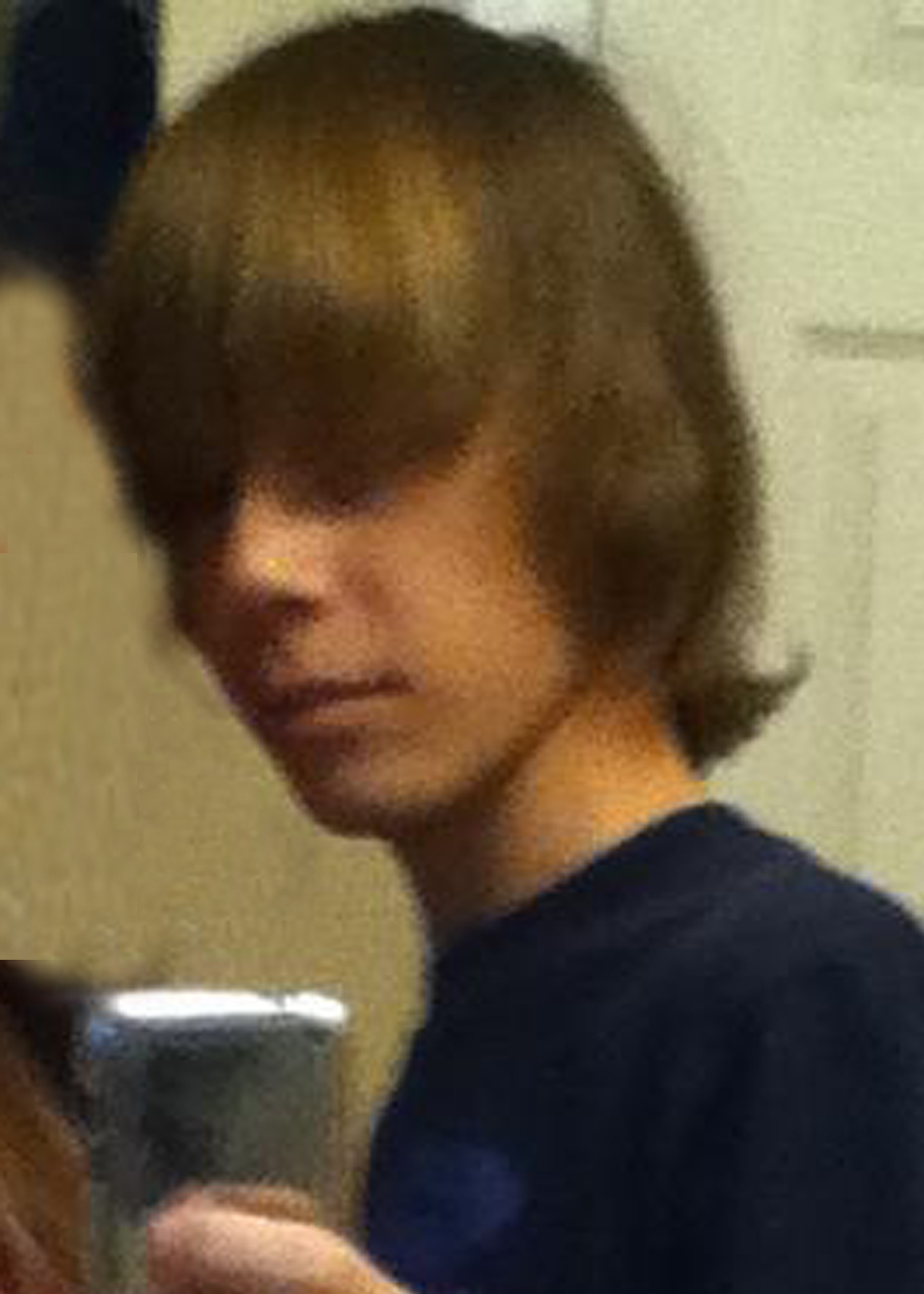 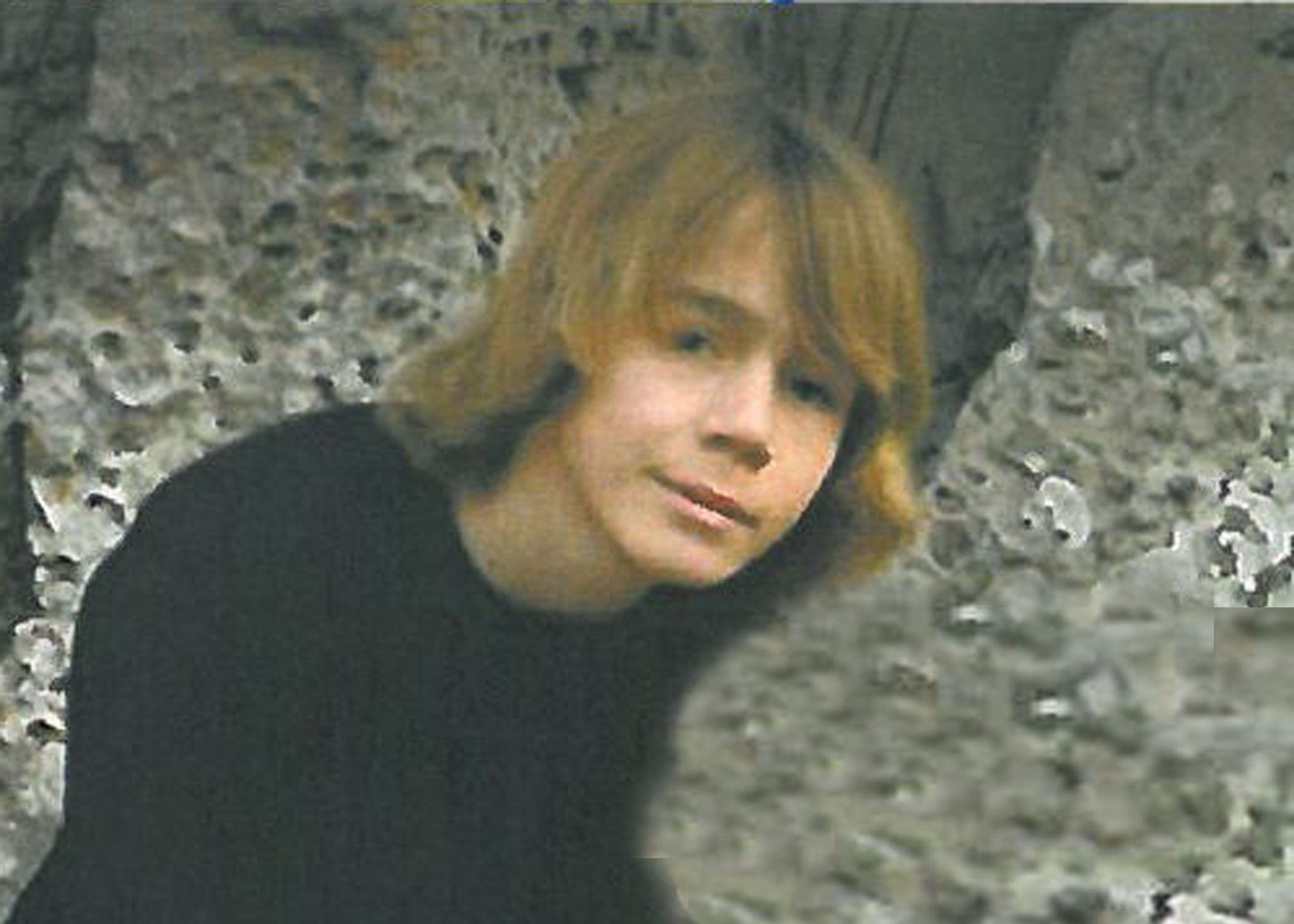 The Gallatin County Sheriff’s office is looking for assistance in locating individual(s) involved in a burglary of The Round House located at Bridger Bowl Ski Area. Large amounts of merchandise were taken during the crime. Anyone with information regarding this matter is asked to contact the Gallatin County Sheriff’s Office at 406-582-2121 or they can contact Crime Stoppers anonymously at 406-586-1131.

Gallatin Gateway, MT – Axtell-Gateway Road has been plowed and is now open.  Drivers are encouraged to utilize caution when driving on it due to extremely icy conditions on the road surface.

The ice jam and associated flooding has seen no changes in the past day and the water remains clear of the roadways.  Residents in the area are encouraged to closely monitor the river conditions and ensure they have a plan in place should the flooding come back up.  People are also encouraged to remain clear of the river channel due to the dangers associated with the unpredictable nature of ice jams.

General information on ice jams is available at:  http://www.wrh.noaa.gov/tfx/icejam.

Gallatin Gateway, MT – No change in the Gallatin River ice jam and associated flooding has occurred in the past 24 hours.  Axtell-Gateway Road is still closed due to a large ice crust and water is still present out of the river channels in many places.  Residents are reminded that flood waters and the area around ice jams are dangerous and encouraged to stay clear of those areas.

Emergency personnel are continuing to monitor the situation on a regular basis. 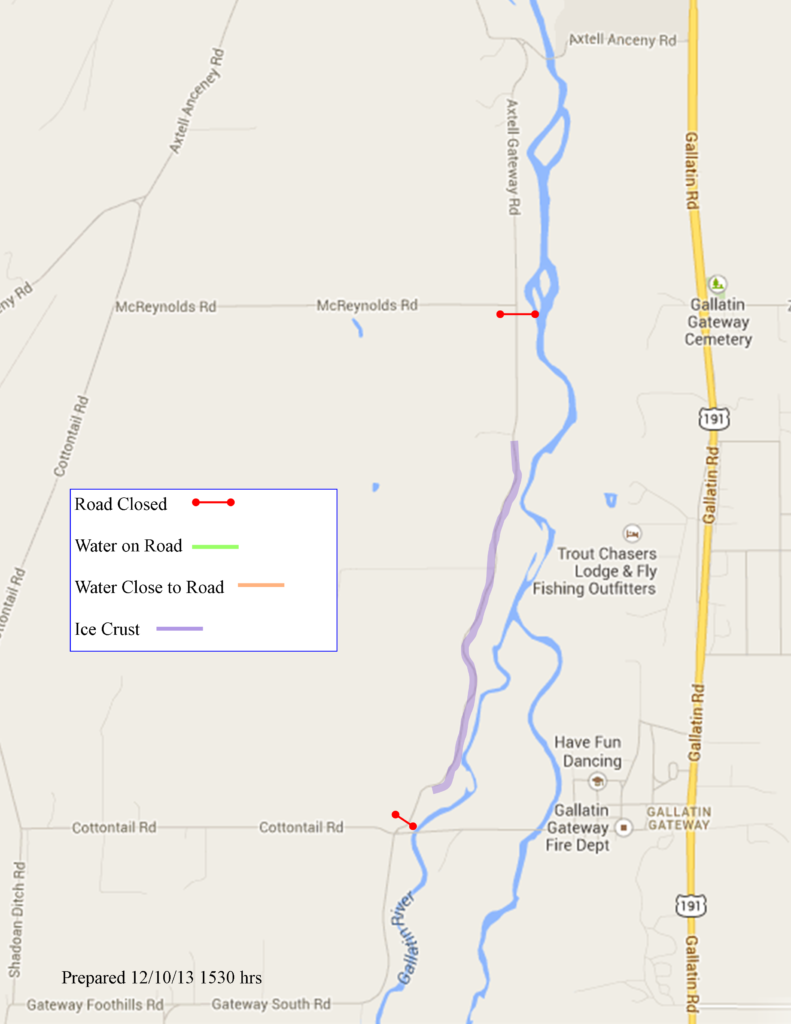 Gallatin Gateway, MT – The flood waters resulting from the ice jam on the Gallatin River have receded some over the past 24 hours.  While many areas are still flooded the level of the water in many locations has diminished.  The Civil Air Patrol flew the affected area today confirming what officials suspected was causing the decrease in water levels.

The information gathered by the Civil Air Patrol shows that the ice jam on the Gallatin River starts in the main channel of the river and continues North up the West channel past the split, essentially blocking off the East channel over the past couple days.  The water exceeding the West channel’s capacity appears to have found a path into the East channel, which is a good thing allowing the flood water to drop.

Emergency personnel are continuing to monitor the situation and maintain contact with the affected residents.  Ice jams are unpredictable and the conditions can change quickly, so officials recognize this incident is likely not over. 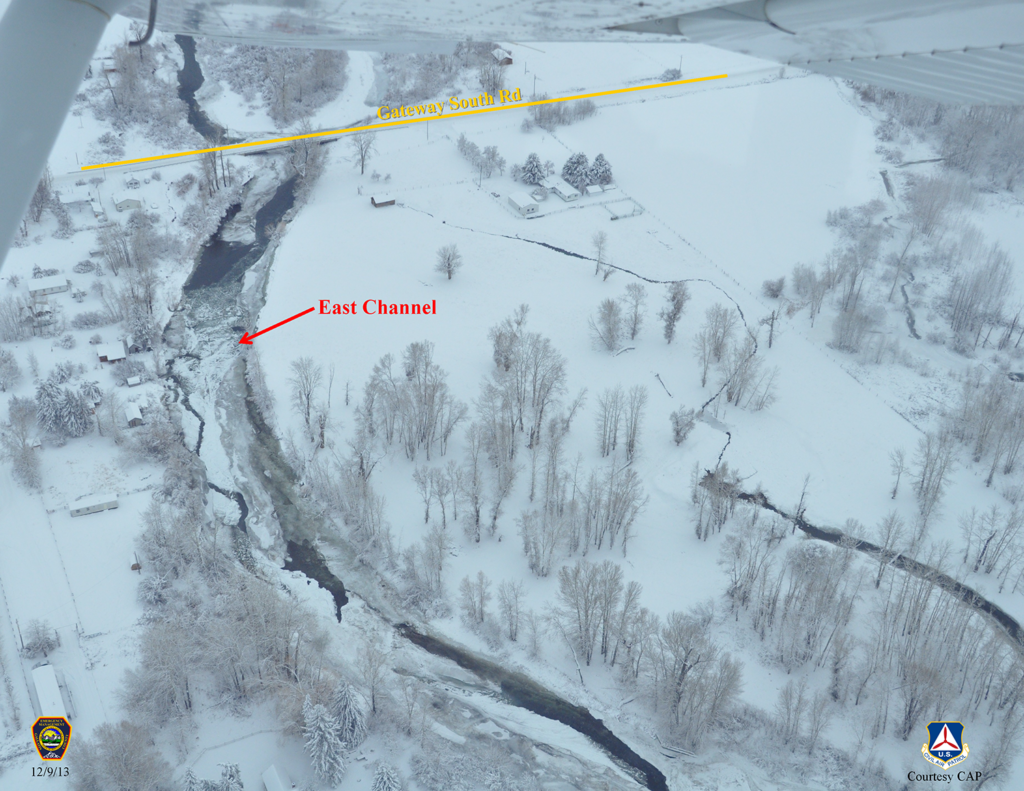 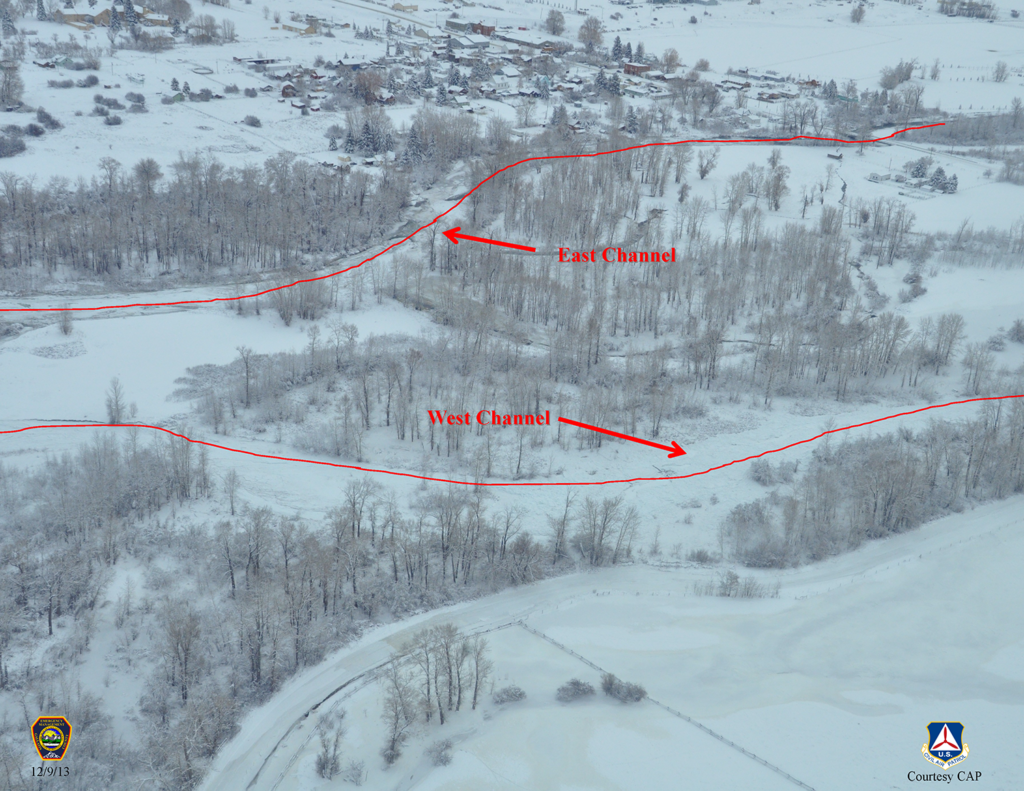 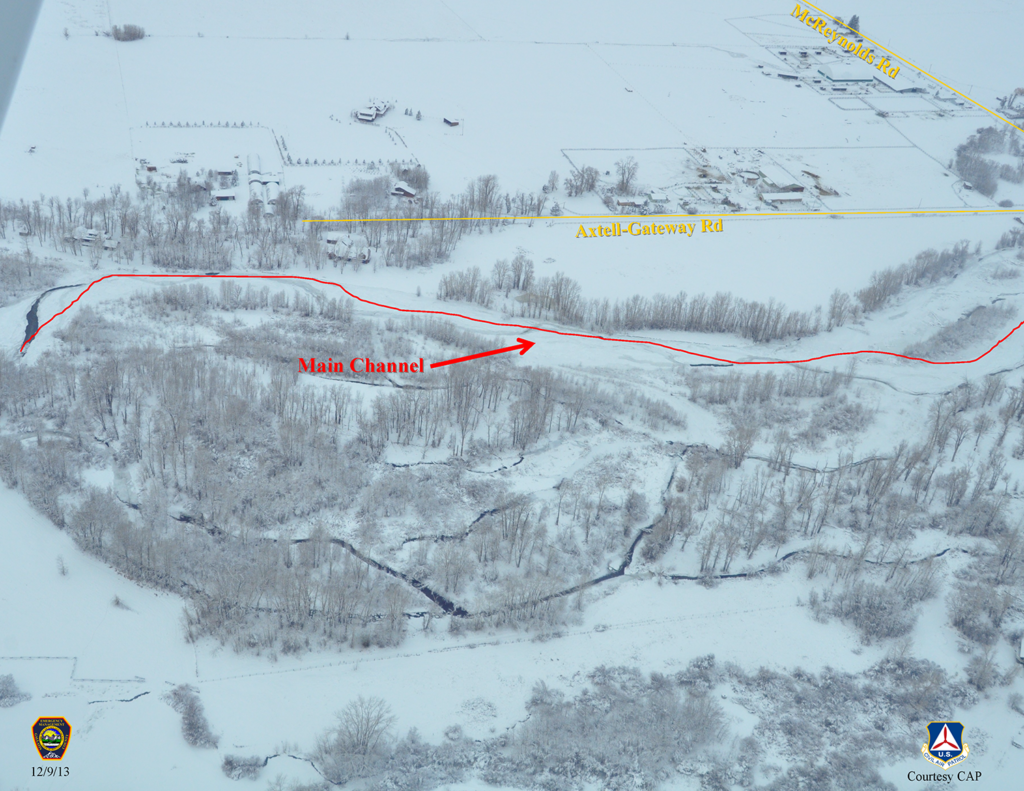 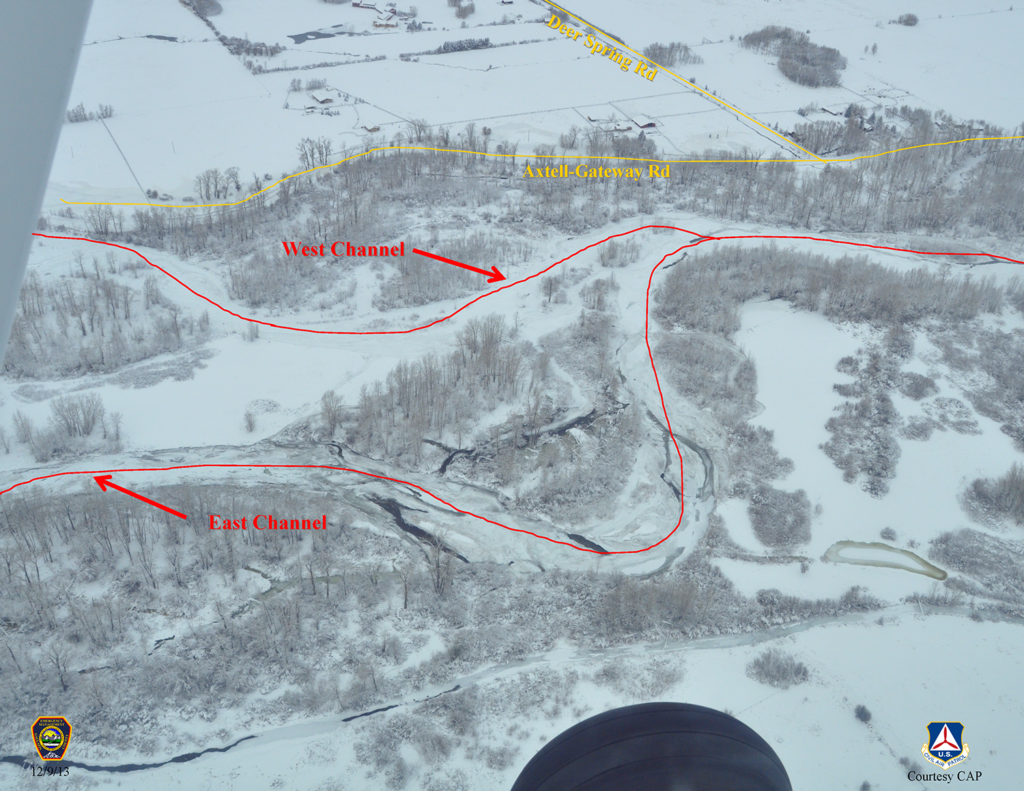 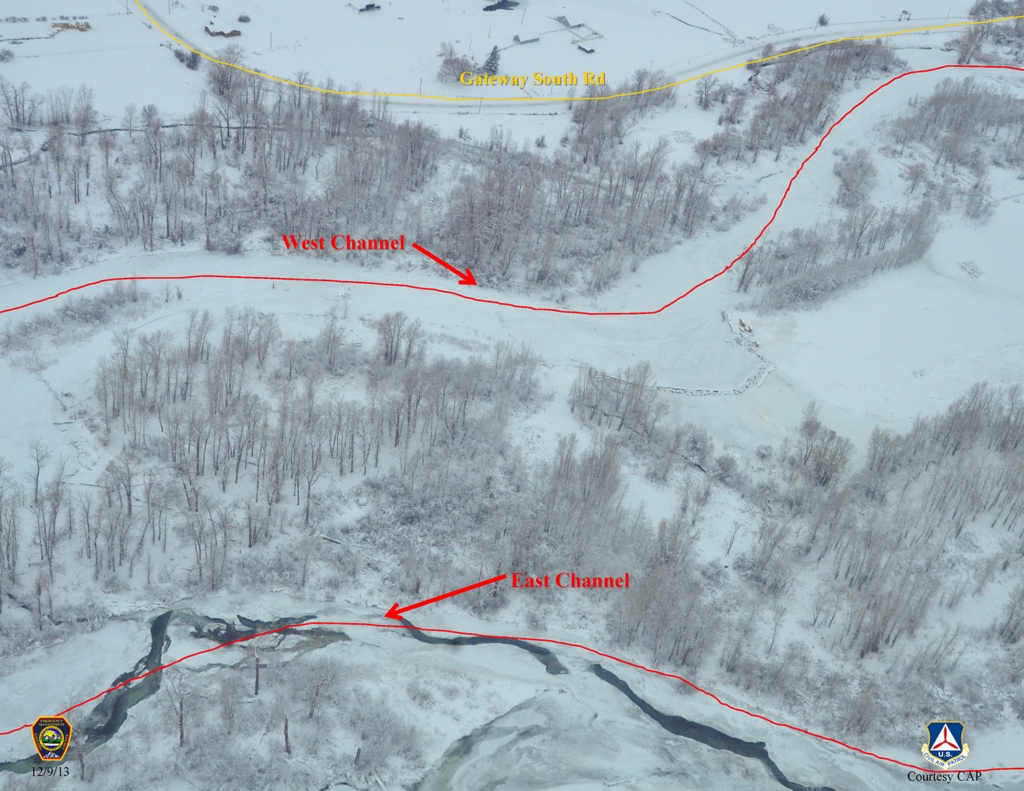 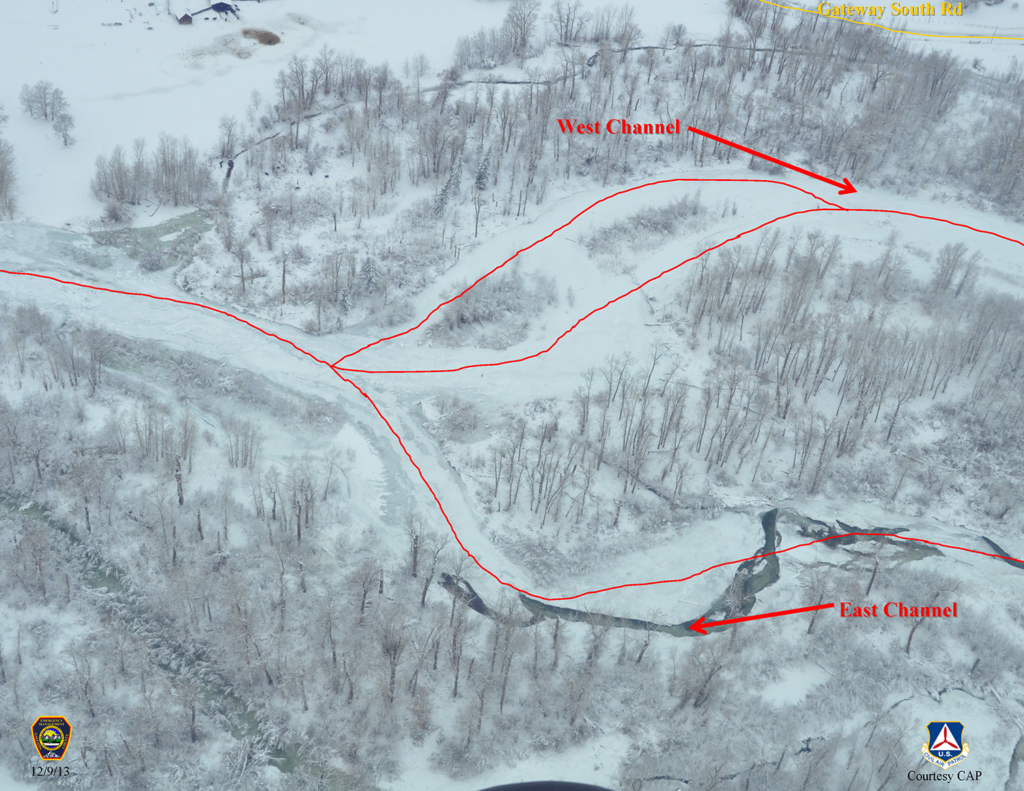 Belgrade Mayor Russ Nelson is pleased to announce that Ted Barkley of Ellensburg, WA, has accepted an offer to serve as city manager for the City of Belgrade. Barkley was selected from a field of 49 candidates after a nationwide search facilitated by the Prothman Company, an executive search firm engaged by the City Council earlier this year. His appointment will not be final until a personal service contract is approved by the Belgrade City Council. The contract is scheduled for consideration at the regular business meeting on December 16, 2013. His initial salary will be $99,000 per year.

Barkley and his wife, Deborah, have five adult children. Deborah is currently employed as manager of faculty and labor relations at Montana State University.

Mr. Barkley is scheduled to begin his new duties February 10, 2014.