On Saturday at 1:38 pm, Sheriff’s Search and Rescue was dispatched to a report of an injured snowmobiler in the Cabin Creek drainage, which is north of West Yellowstone in remote, rugged terrain where experienced snowmobiles ride.

Personnel from the West Yellowstone division of Sheriff’s Search and Rescue, the U.S. Forest Service, the Hebgen Basin Fire Department, and Deputies responded and assisted with the rescue.  Summit Air Ambulance attempted to reach the scene by helicopter but was turned away due to the heavy cloud cover and snowy conditions.

Rescuers responded on snowmobiles and when they arrived on scene they found a 25-year-old male from Bismarck, North Dakota who had a broken femur on his right leg, which he received when he fell backwards off his snowmobile. He was transported out of the backcountry by the rescue team utilizing a specialized rescue sled that is towed by a snowmobile. He was transferred to a Hebgen Basin Fire Department ambulance and transported to the Bozeman Deaconess Hospital.

Sheriff Gootkin reminds all back country users to know the terrain, know their limits and to always take a partner. #####

(Bozeman, Mont.) On Monday January 28, 2013 at 10:00 a.m. in the Detention Center Community room the Sheriff’s Office will hold a press conference to launch a Public Service Announcement campaign. The PSAs are composed of a 30 second and 1 minute video encouraging safe back country behavior.

Residents and visitors to Gallatin County enjoy tremendous outdoor recreation opportunities and on any given day hundreds of people take advantage of what the mountains have to offer. Sometimes those great days can turn bad and about 100 times a year local SAR teams are called to help those that get lost or hurt in the back country. The PSAs encourage back country users to; know their limitations, know the terrain and take a partner. It also encourages people not hesitate to call for help. The earlier the call comes for help the better it is for the professional volunteers and Deputy Sheriff’s to help them.

“Our community really values the outdoor lifestyle that Gallatin County offers. Sometimes, especially when dealing with Mother Nature, even the most prepared people can have a bad day. When that happens we have an outstanding group of very skilled volunteers and Deputies that will help bring them home.”

(Virginia City) – According to Madison County Sheriff David Schenk, the body found at Beehive Basin on Sunday, January 20 by snowshoers has been identified as 47 year old Chris Andrew Karantinos from  Jefferson, South Dakota.

Snowshoers found Karantinos’ body at approximately 9:00 am and reported the incident to law enforcement.  Karantinos was found near a trail frequently used by backcountry skiers and snowshoers.   Big Sky  SAR personnel and a helicopter assisted in removing Karantionos’ body.

Sheriff Schenk stated that an autopsy was performed on Karantino and it was determined that Karantinos’ death was self inflicted.

“We have a lot of unanswered questions,” says Sheriff Schenk. “While this incident does not appear to be suspicious, Gallatin County Big Sky Deputy Ted Quillen is investigating further into the details of the incident.”

According to Gallatin County Deputy Coroner Ian Parker, Karantinos’ body was turned over to  Dokken Nelson Funeral Home in Bozeman and arrangements are being made to return him to South Dakota.

This has been a joint investigation between Gallatin and Madison Counties. 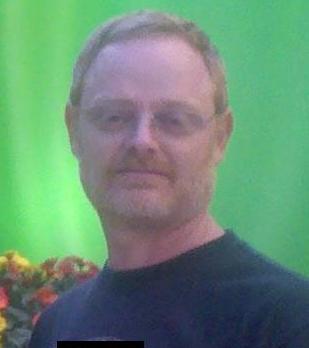