On Thursday, December 27th, around 2:30 pm, the Gallatin County Dispatch Center received a 911 cell phone call from a lost snowshoer in the upper Jack Creek drainage near the Moonlight Basin Resort.  A Sheriff’s Deputy Coordinator and the Big Sky section of Search and Rescue responded to find the snowshoer.

The lost snowshoer helped facilitate her quick and successful rescue.  As soon as she realized she was in trouble she called for help instead of putting herself at further risk.  The snowshoer stayed in one place, which kept her in cell phone communication as well as making it easier for rescuers to find her. ######

On Christmas Eve at 4:10 p.m., Gallatin County Dispatch received a call from a woman whose snowmobile party was stranded on Buck Ridge south of Big Sky.
The caller stated they had three children ages four, nine and eleven and three adults in their group.   They were having issues getting a snowmobile unstuck, were also off the marked trail and a bit disoriented.
A Sheriff Deputy Coordinator and Search and Rescue volunteers were dispatched to the scene.  Five rescuers on snowmobiles located the stranded party.  Members were able to get the snowmobile unstuck and assist the party by giving the children rides out of the backcountry on their snowmobiles.
It was found the party had gotten a bit disoriented when they went off trail.  Once off trail they had a snowmobile that kept getting stuck in the deep powder on a downhill slope.
It is a good reminder to always know your limits while recreating in the backcountry, especially when accompanied by young children.    The party was able to give GPS coordinates, had good winter clothing, a cell phone to report their mishap and also stayed together as a group.  This behavior insured a quick and successful mission by our search and rescue team.

The gallatin county sheriffs office wants to inform everyone that Antonio Torres was located this evening by deputies. Through the public’s assistance and time spent dedicated to locating him, the patrol division was able to arrest him without incident. 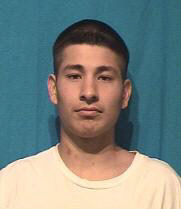 “We’ll be concentrating on keeping impaired drivers off the road, deterring speeding and encouraging the proper use of safety belts and child restraints,” said Sheriff Brian Gootkin.

Montana’s legal limit for Blood Alcohol Content is 0.08 — the point at which a driver will be charged with a DUI. But Sheriff Gootkin reminds motorists that any amount of alcohol can impact their ability to drive — especially when combined with prescription drugs, illegal substances or fatigue.

“Buzzed driving is drunk driving, and someone who shows impairment below .08 BAC can still be charged with a DUI,” said Sheriff Gootkin. “The only sure way to avoid a DUI and hurting yourself or someone else in a drunk driving collision is to NOT get behind the wheel if you have been drinking.”

Law enforcement agencies throughout the state are stepping up patrols through the holiday season. Together with the Montana Department of Transportation, they’re encouraging Montanans to exercise their choice to prevent impaired driving. MDT’s new statewide public information campaign urges Montanans to be the “jaws of life” literally — to use their powers of persuasion to do everything possible to stop someone from driving impaired and ending up in a situation where the real Jaws of Life are called to extricate loved ones in a serious car crash.

Tips and tools for planning a safe ride home, in addition to Myth Crasher videos demonstrating a light-hearted approach to the serious topic of stopping impaired driving, can be found at plan2live.mt.gov, along with these reminders:

Designate a driver. Before the fun begins, text friends to know who will be the sober driver.

“We want everyone to enjoy a safe holiday season with friends and family,” said Sheriff Gootkin.  “Please remind loved ones to buckle up and do everything possible to stop someone from driving impaired.”

(Gallatin County, MT.) Separated and missing skiers, overdue snowmobiles and a personal locator emergency beacon activation kept Sheriff’s SAR teams working Wednesday night into Thursday afternoon.  Thursday Night 2 skiers became separated from each other in the History Rock area of Hyalite Canyon.  When one of the skiers did not arrive at the trail head their partner drove to the valley and called the Sheriff’s Office.  With help from the Rae/Sourdough Fire Department the missing skier was intercepted at the bottom of Hyalite Canyon after catching a ride out with a passing motorist.

Also Wednesday at 10:20pm Gallatin County Dispatch received a call reporting three overdue snowmobilers.  After some investigation it was learned they were missing from the Taylors Fork area south of Big Sky.  All parties were reported to be experienced snowmobilers with significant equipment.

Sheriff’s Search and Rescue at Big Sky with Sheriff’s Deputy Coordinators began a search of the area using snowmobiles.  The searchers on snowmobiles were able to travel a long ways but the search was eventually suspended on Thursday December 13, 2012 at about 04:15 am due to the dangerous conditions mixed with darkness.

Searchers continued their efforts at first light and added a helicopter to the search.  At about 09:15 am, the helicopter located the parties.  The searchers on snowmobiles confirmed they were all right and made sure they made it back up the trail to their vehicle.

Sheriff Gootkin is happy the snowmobilers did good to stay where they were when it got dark.  But he does suggest that they and anyone else traveling in the backcountry always let someone know exactly where they are going.  This way, searchers do not have to search for a starting point.

And at 3:42 pm on Thursday Tinsdale Air Force Base in Florida received a PLB “personal Locator beacon” emergency activation in the Bridger Mountains.  After multiple satellite passes it was narrowed down to the area of the ski lift at Bridger Bowl.  Sheriff Gootkin stated that once or twice a year we get false activations of PLBs mostly because people confuse them with avalanche beacons that are supposed to be turned on when you are in the hills.  PLBs are activated only when the party wants to send a message.

Deputies located the vehicle belonging to Cherie Runkel in the Pine Creek area south of Livingston today. Currently Park and Gallatin County searchers are in the area trying to locate the 41 year old Gallatin County woman.