The Office of the Sheriff/Coroner identifed the vicim of this mornings vehicle crash on Durstan as 26 year old Morris Little currently a resident of Bozeman formally of Ft. Benton Mt.

On July 27, 2012, at approximately 0400 a.m. the Gallatin County Coroner was called to 3223 Durston Road in Bozeman, MT to a fatality motor vehicle accident.  A 26 year-old male was pronounced deceased at the scene due to injuries sustained in the accident.  The name is being withheld pending the notification of the next of kin. The Montana Highway Patrol will be investigating the accident.

(West Yellowstone, Mont.) On Thursday 7/26/2012 at approximately 11:50 am Sheriff’s Search and Rescue was dispatched to  an ATV accident in the Two Top area of West Yellowstone.

The injured ATV rider was assisted by an off duty EMT from Fremont County EMS who administered first aid.  SAR members located the injured woman and her party who were brought out by vehicles back to West Yellowstone.  The injured woman had hip and arm pain but was treated and released.

Sheriff’s Deputies determined that the 48 year old woman from Nebraska lost control while going traveling on a downhill slope and struck a tree.  She was thrown from the 4 wheeler but suffered only minor injuries.

Sheriff Gootkin reminds the public that it is important to know your equipment and terrain prior to recreating with motorized equipment.  The victim was wearing a helmet which definitely helped keep her from being seriously injured

(Bozeman, Mt.) Today at about 2:20 P.M. a fire west of Belgrade and South of Manhattan was called in by an aircraft.  Units from Gallatin County Fire assisted by other valley fire departments, a DNRC helicopter, local land owners and the Sheriff’s Office responded.  The fire was about 5 acres burning on the 320 Ranch in steep terrain.  By 5:00 P.M. the fire was contained and mop up operations were underway.  3 structures were potentially threatened, 1 evacuation warning was issued.  The probable cause of igntion is a lighting strike from Tuesday night.   Crews are currenlty on the scene and will be there most of the night.

The Gallatin County Sheriff’s Office has decided to add unincorporated communities to our weekend foot patrols in addition to subdivisions.  We will be visiting Gallatin Gateway Friday and Wylie Creek subdivision Saturday evening.  Please feel free to visit with us as we patrol your neighborhoods.

On July 24, 2012  at approximately 7:00 pm  the Belgrade Police Department and Central Valley Fire responded to a report of a 2 vehicle injury crash involving a motorcycle vs pickup truck. The accident was in the southbound lane of Jackrabbit Lane at the westbound I-90 on ramp.

The 26 year old female driver of the pickup was not injured during the accident. The motorcycle had two passengers. The driver was a 49 year old male and the passenger was a 44 year old female. Both were transported to Bozeman Deaconess Hospital with serious injuries.

The motorcycle suffered major damage, the pickup truck was driven away.

The 26 year old female driver of the pickup truck was arrested for Possession of Dangerous Drugs and Drug Paraphernalia and transported to the Gallatin County Detention Center and held without bond.

The cause of the crash is being investigated and witnesses being interviewed. Officers believe that alcohol was not a factor in this crash.

(West Yellowstone, Mont.)  On 23 July 2012 at approximately 1:44 P.M. Sheriff’s Search and Rescue in West Yellowstone was dispatched to an injured horseback rider north of Hebgen Lake.  A 34 year old female tourist from Pennsylvania was thrown from her rental horse on the Johnson Lake Trail after the horse was startled by a falling tree next to the trail.

Coordinated by a Sheriff’s Deputy SAR was assisted by Forest Service personnel and a paramedic from Yellowstone National Park.  Upon arrival at the scene, the paramedic determined the woman’s injuries were two severe for ground extraction.  The paramedic requested helicopter transport.  Air Idaho was requested and arrived on scene at 16:11.  The patient was loaded into the helicopter and flown to Eastern Idaho Regional Medical Center in Idaho Falls.

On July 10, 2012, at approximately 5:11 PM, the Bozeman Police Department and AMR were notified of an accident that occurred at 1505 Bridger Drive.  Both agencies responded and found a motorcycle vs. passenger car accident.

The driver of the motorcycle, Bozeman resident Thomas W. Pritchett, was transported to BDH, and later transferred to St. Patrick’s Hospital in Missoula.  Mr. Pritchett succumbed to injuries to his brain on July 11, 2012.  The accident is still under investigation by the Bozeman Police Department.

Sheriff Gootkin announced today that Deputies will be conducting foot patrols this weekend at the Gallatin County Fair and the Farmagedden Concert in West Yellowstone.  Subdivsion foot Patrols will resume next week.

This program brings Deputies in for extra hours to be able to spend time in the communities they serve and hear concerns or complaints that don’t always rise to the level of a 911 call.  “With between 3 and 6 Deputies at any one time covering 2500 square miles (West Yellowstone to Sedan, Three Forks to Bozeman Pass) we don’t usually have the resources to spend the time we would like to with people.” Gootkin said.  “This program allows the Deputies that are on shift to still handle emergency and other calls while the ones doing foot patrol can dedicate some time to really getting to understand our community’s needs.”

(Bozeman, Mont.) On 7-19-2012 about 1:30 a.m. the person shown in the photos broke into the Grace Bible Church on South 19th Ave.  The Sheriff’s Office is interested in talking to anyone that may be able to identify this person.  Anyone with information can call the Sheriff’s Detective Division at 406-582-2121 or can remain anonymous by calling Crime Stoppers at 586-1131.  Persons providing information that results in a conviction could be eligible for a cash reward. 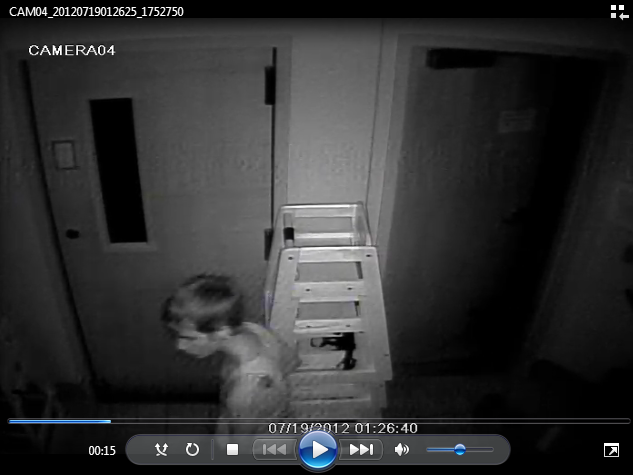 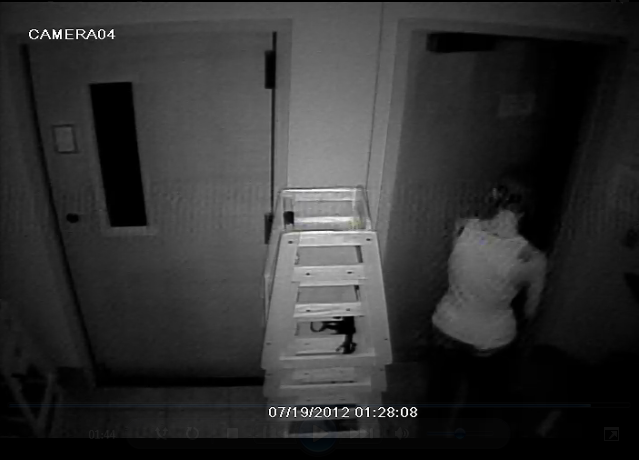