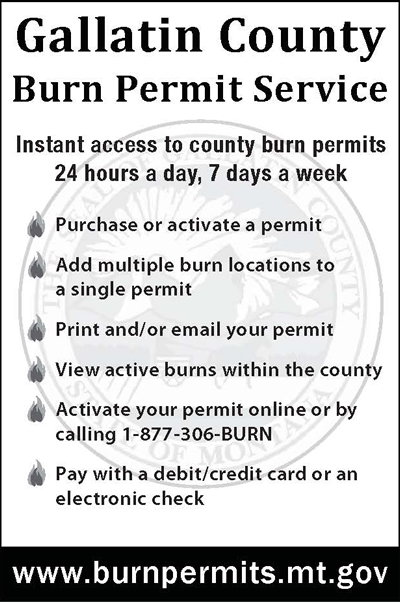 On Sunday February 26th Sheriff’s Search and Rescue in West Yellowstone was notified of a snowmobile accident approximately one half mile from Highway 191 on the Cougar Creek snowmobile trail.  Two sixty-four year old males were involved.  One was from Kalispell, Montana and the other was from Hayden Lake, Idaho.  One snowmobiler had slowed down or stopped his snowmobile on the trail.  The other snowmobiler was following him and crashed into the left side of the lead snowmobile.  One individual suffered a right hand injury and back pain.  The other suffered right arm, right leg and left chest injuries.  West Yellowstone Search and Rescue responded to the scene and transported both patients to a waiting ambulance on Highway 191.  They were taken to Bozeman Deaconess Hospital for treatment.  The U.S. Forest Service is investigating the accident.

(Bozeman) – Gallatin County Search and Rescue workers rescued a female skier caught in an avalanche Friday afternoon in the Saddle Peak area of the Bridger Mountains.

According to the Gallatin County Sheriff’s Office, one member of a party of three skiers triggered and was then caught in an avalanche after 1:00 o’clock this afternoon.

The victim, a 27-year old female and an experienced back-country skier who had taken an avalanche safety course, was carried down the side of the mountain for an undetermined distance. She told Gallatin County Sheriff’s investigators that she fought to stay on top of the snow and ended up being buried on her left side. Her two companions were able to get to her quickly and successfully uncover her.

Search and Rescue workers assisted by Bridger Ski Patrol and medical personnel transported to the scene by Carish Helicopter evaluated the patient and transported her to Bozeman Deaconess Hospital for treatment. The female sustained a broken arm and broken leg.

Gallatin County Search and Rescue officials continue to warn the public that this year’s snow pack is extremely unsettled and that anyone skiing out of bounds is literally taking their lives in their own hands.

Also, anyone traveling in backcountry areas prone to avalanches, should always bring the following:

(Bozeman) – A long and difficult overnight search in the northern range of the Bridger Mountains resulted in the rescue of six individuals this morning who were trapped high in the high country by in heavy snow, dropping temperatures and low visibility Saturday afternoon.

More than 25 search and rescue workers, along with Gallatin County Sheriffs Deputies struggled with heavy snow, avalanche conditions and spotty communications for more than 15 hours to locate and then transport the individuals by helicopter.

SAR was called Saturday afternoon to the report of hikers on Sacajawea Peak who were caught in a snow storm.  Apparently the group was in the mountainous area on a wildlife photography shoot.  The lost individuals were able to contact authorities by cell phone.  They said that they were located above Fairy Lake on the ridge line on the east side of Sacajawea Peak and that they were attempting to walk out of the area.

The group called back about an hour later saying that they had stopped walking and were making a fire.

SAR volunteers with skis and snow-shoes were taken to the Fairy Lake Trailhead by snowmobile to begin their search.  Due to spotty cell phone reception, searchers had a difficult time pinning down a location of the missing party.

SAR skiers made several attempts to make their way up the Fairy Lake trail beginning at approximately 5:00 o’clock Saturday afternoon and throughout the night and early morning hours.  The search area was primarily located in the steep bowl above the lake.  The searchers reported low visibility, strong winds and snow slides in the search area.  The skiers were unable to locate the missing party.

Heavy snow and low clouds prevented the use of aircraft Saturday afternoon and evening.  After weather conditions cleared during the early morning Sunday, helicopters from Summit Air Ambulance and the U.S Air Force were able to operate above the search area.

Just before sunrise Sunday the Air Force helicopter spotted the missing party at approximately 8,200 feet, near the Bridger Range ridgeline.  Three individuals are flown to Bozeman Yellowstone International Airport by Carisch Air Service and three were flown out by the Air Force.  All six individuals declined further medical treatment at the airport.

“It has been a long night for everyone,” said Lt. Jeff Wade of the Gallatin County Sheriff’s Department.  “But we had a good outcome.  The lost subjects were located, our volunteers are really tired, but all safe.  Our thanks go out to all the agencies involved, including the Air Force, Summit Air Ambulance and Carisch Air.

“Everyone worked together very well under dangerous and difficult circumstance,” said Wade.  “Successes like these are due to a great deal of hard work and coordination.  We appreciate everyone’s help.”

“This is a good time to remember that weather in the high country can change turn deadly very quickly.  If you’re planning an outing, you need to remember the following…”

Keep an eye on the weather

This week First Responders from 14 agencies and nursing students are learning special skills and resources available to help persons with mental health illness.

The training is called CIT or Crisis Intervention Training and is a partnership with first responders, Detention Officers, 911 operators and mental health care providers.

Sheriff Gootkin states that this program has been in place for over 4 years now and has proven to be very effective.  The training not only makes contacts with persons in mental health crisis safer for responders but much safer for the person with the mental illness.

The 40-hour training consists of lectures on mental illness, legal information, pharmacology information, communication skills, community resources, a field trip to the State Hospital and practical exercises.  The training culminates with role playing scenarios Friday that are designed to test the skills and information gained through the week.  It is being held a the Gallatin County Coordination Center and wraps up Friday afternoon.

Bozeman, MT – Open burning in the State of Montana begins March 1st.  Starting on the 1st residents of Gallatin County will be able to activate the required $15 Gallatin County Burn Permit to conduct burning.  Permits can be purchased online at http://burnpermits.mt.gov/ or in person at:
-Gallatin County Treasurer’s Office, 311 West Main-Room 103 in Bozeman
-Bozeman Fire Station 1, 34 North Rouse in Bozeman
-Central Valley Fire District Station 1, 205 East Main in Belgrade
-Manhattan Fire Department, 222 Main in Manhattan
-Three Forks Public Library, 607 North Main in Three Forks
-Hebgen Basin Fire District Station 1, 400 Yellowstone in West Yellowstone
After permits are purchased, or renewed, the permit is good until November 30, 2012 when burn season closes.  These permits need to be activated each day a permit holder burns either online at http://burnpermits.mt.gov/, or by automated telephone at 1-877-306-2876.
Citizens can obtain additional information on burning and current burn locations in Gallatin County at http://burnpermits.mt.gov/.

On February 9, 2012, at 4:38 p.m. Sheriff’s Search and Rescue responded to a report of an injured snowmobiler approximately four miles west of West Yellowstone near the South Fork of the Madison River.

A 27-year-old male from Fargo, North Dakota was riding a snowmobile off-trail when he hit an embankment, which resulted in a broken leg.  He was transported out of the backcountry by the rescue team and then transferred to a Hebgen Basin Fire Department ambulance.  He was transported to the Madison Memorial Hospital in Rexburg, Idaho.

On Sunday 2-12-12 at about 4:00 members of Bridger Bowl Ski Patrol received a report of an overdue 16 year old female skier.  The Bozeman resident had failed to meet up with her party at the end of the run that day.  Patrollers found tracks that left the ski are boundary and contacted the Sheriff’s Search and Rescue.  Fortunately most members of Ski Patrol also volunteer for Search and Rescue and were able to transition to the role of rescuer outside the boundary.  They followed her tracks and found her lost but unharmed.  She was transported back to the ski area and reunited with her friends.

Sheriff Gootkin reminds skiers that areas outside the ski area boundary are not patrolled and not managed for avalanche danger.  Skiing out of bounds has many risks including being trapped by terrain features and avalanches.

Sheriff’s Deputies, Search and Rescue, Manhattan and Central Valley Fire Depts were searching Tuesday night in the area of the Central Park Bridge on I-90.  Several 911 calls about 9:30 p.m. reported an unclothed woman with a towel wrapped around her head standing in the passing lane of I-90 east bound on the Gallatin River Bridge.  Deputies and Highway Patrol were on scene in less than 5 minutes but were unable to locate the woman in the area.  Specialized search and rescue units including search dogs and thermal imaging cameras were dispatched to the scene and a detailed search of the area was conducted without success.

Sheriff Gootkin asks that anyone with information related to this event call 582-2100.

Rescue teams continue the search effort as of midnight.  30 emergency responders are currently at the scene.

A 36 year old Big Sky man was reported missing from his home on February 5, 2012. A Deputy responded, began investigating the case, and activated Sheriff’s search and rescue teams.

Search Dogs checked the area of Dudley Creek Road for nearly two hours before finding the missing man at the bottom of drainage. Ashley Blake age 36 of Big Sky was pronounced dead at the scene. The investigation by the Sheriff/Coroner determined Blake died from exposure.