On March 25, 2021, the Belgrade Police Department will be conducting a follow-up investigation using a digital crime scene scanner, which takes measurements using digital photography. This operation will take place on Jackrabbit Lane, just south of the I-90 overpass. Unfortunately, much of this operation must occur during daylight hours and brief lane closures may occur.
We will attempt to keep traffic open to one lane, at minimum.  It is our hope that any closures will be momentary, as much of the work can be done from the side of the roadway.
Please expect delays, be prepared to merge, and pay close attention to Officers and Investigators while they are working in the area. Thank you for your understanding.

At approximately 10:30pm on November 30, 2020, Officers from the Belgrade Police Department responded to a disturbance in the 200 block of North Hoffman Street. Shortly after officers arrived on scene, a male subject opened fire on officers from a second story apartment window.  Thankfully, neither officer was struck by gunfire.  Officers and Deputies from the Gallatin County Sheriff’s Office, Bozeman Police Department and Montana Highway Patrol responded to assist our officers. A lengthy standoff ensued and the apartment was set on fire by the barricaded subject.  Members of the Special Response Team were able to extinguish much of the fire and the subject was taken into custody without further incident.  Firefighters from the Central Valley Fire District ensured the fire was fully extinguished. Several area residents are/were displaced as a result of these events.

Belgrade Police Detectives are currently investigating the matter.  This will be a time intensive investigation and we ask that citizens please avoid the area until it is complete as there will be road closures in the immediate area.

We wish to thank our public safety partners listed above for all of their assistance in safely resolving this matter.

On June 4, 2019, Officers from the Belgrade Police Department, Gallatin County Sheriff’s Office, Montana Highway Patrol and Manhattan Police Department responded to the Belgrade High School for an incident which was precipitated by a threatening video posted to social media.  Detectives are still actively investigating the matter, however incidents such as these are complex in nature and are very time consuming. Four juvenile students have been charged with Felony Intimidation.  One adult male was arrested and charged with Tampering with Physical Evidence, also a felony.  As this matter is still under investigation, we cannot offer further comment at this time.  Belgrade Police Detectives are still working to identify and contact the victims mentioned and/or tagged in the video and will be in contact with them in the coming days.  Anyone with additional information is asked to contact the Belgrade Police Department Detective Division at 406-388-4262. Tips can also be emailed to: generalinfo@belgradepolice.net

(BELGRADE, MT) Missing Belgrade woman, JoVonne Justice, was located this afternoon in Helena.  She is safe as we are continuing to investigate the circumstances surrounding her disappearance.

BELGRADE, MT- The Belgrade Police Department is seeking the public’s assistance in locating a missing adult female, JoVonne Marie Justice, 42 years of age.  JoVonne is approximately 5’5″ tall and weighs approximately 150 pounds.  She has blue eyes and natural blonde hair, however it is reported that she recently dyed her hair pink/purple. It has been reported that JoVonne was last seen shoveling snow outside of her 9th Street residence between the hours of 2 and 3pm on Friday, March 1, 2019.  Any persons who may have seen JoVonne or have information about her whereabouts are urged to contact the Belgrade Police Department at 406-388-4262. 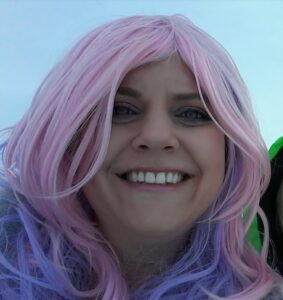 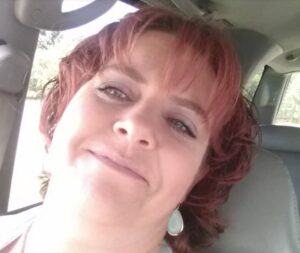 (Belgrade, Mont.) On June, 30, 2018 at approximately 10:00 AM, Belgrade Police Officers were dispatched to the 300 block of 9th Street as it was reported a male subject was trapped under the hood of a vehicle.  Officers responded and located an adult male victim who was pronounced dead at the scene.  This matter is still under investigation pending a report from the Medical Examiner’s Office. The identity of the victim has not yet been released by the Gallatin County Coroner’s Office.  Any further questions can be directed to the Gallatin County Coroner’s Office or Detective Sergeant Dustin Lensing with the Belgrade Police Department (406)388-4262.

(BELGRADE, Mont.) Please disregard the request to identify/locate the individuals wanted for questioning, as mentioned in our July 20th release.  These persons have been identified.  This case is active and under investigation and no further comment can be made at this time. The Belgrade Police Department wishes to extend its most sincere gratitude to all who assisted us with this matter.  We are fortunate to have such helpful and cooperative citizens in our community.