(Gallatn County, Mont.)  At about 11:00 this morning Deputies were dispatched to a crash involving a powered ultralite aircraft in the 4000 block of Amsterdam Rd.  The craft crashed into a field and the pilot, a 55 year old local male, sustained leg injuries.  Amsterdam Fire, AMR Ambulance and Sheriff’s Deputies responded.  The FAA and NTSB were contacted but it is unknow if any Federal investigation will be conducted at this time.  The Pilot was transported to the hospital.  Photo courtesy of the Sheriff’s Office.##### 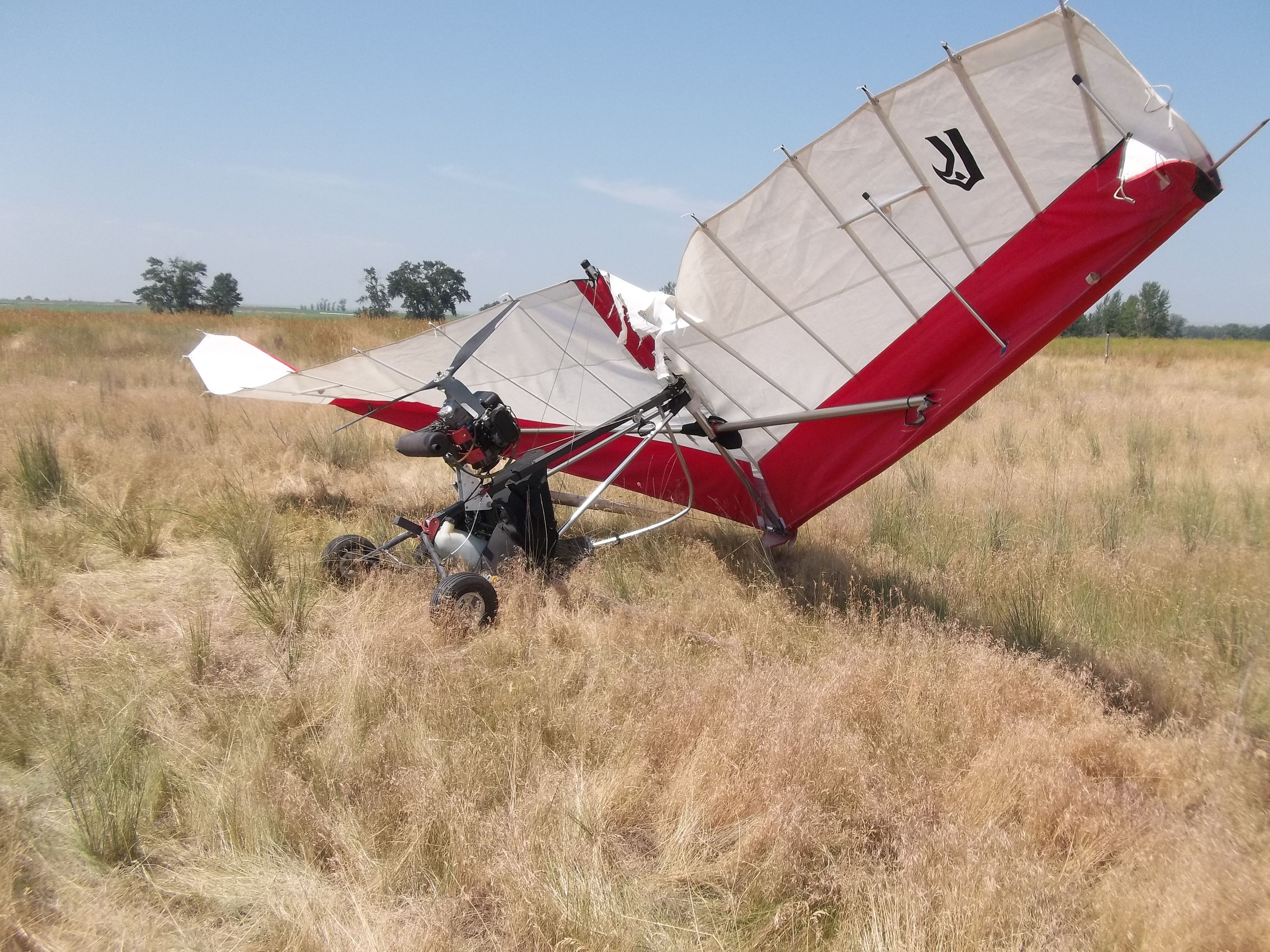