(West Yellowstone, Mont.) On Thursday March 20, 2014, at 1:59 p.m., Gallatin County Sheriffs Search and Rescue responded to the report of an injured snowmobiler on the Two Top Snowmobile Trail approximately five miles west of West Yellowstone. When the rescue team arrived at the scene they found a 33-year-old female from Beaver Creek, Ohio who had suffered a back injury when she lost control of the snowmobile she was operating and hit a tree. The driver of the snowmobile that was following her also lost control and ran into the back of her snowmobile. She was packaged onto the rescue sled and transported to an awaiting Hebgen Basin Fire Department ambulance. She was then transported to Bozeman Deaconess Hospital. This is the 5th snowmobile rescue call so far in March for the West Yellowstone Section of Sheriff’s SAR.  This is not unusual for this time of year in West. Sheriff Gootkin stated “The Rescue Volunteers in West are really good at what they do.   If you were going to get hurt on a snowmobile, the south end of Gallatin County is a pretty good place to have it happen. However we prefer folks be prepared, recreate within their limits and exercise caution so we don’t get to meet them like this.” Photo Courtesy of Sheriff’s Office SAR. #### 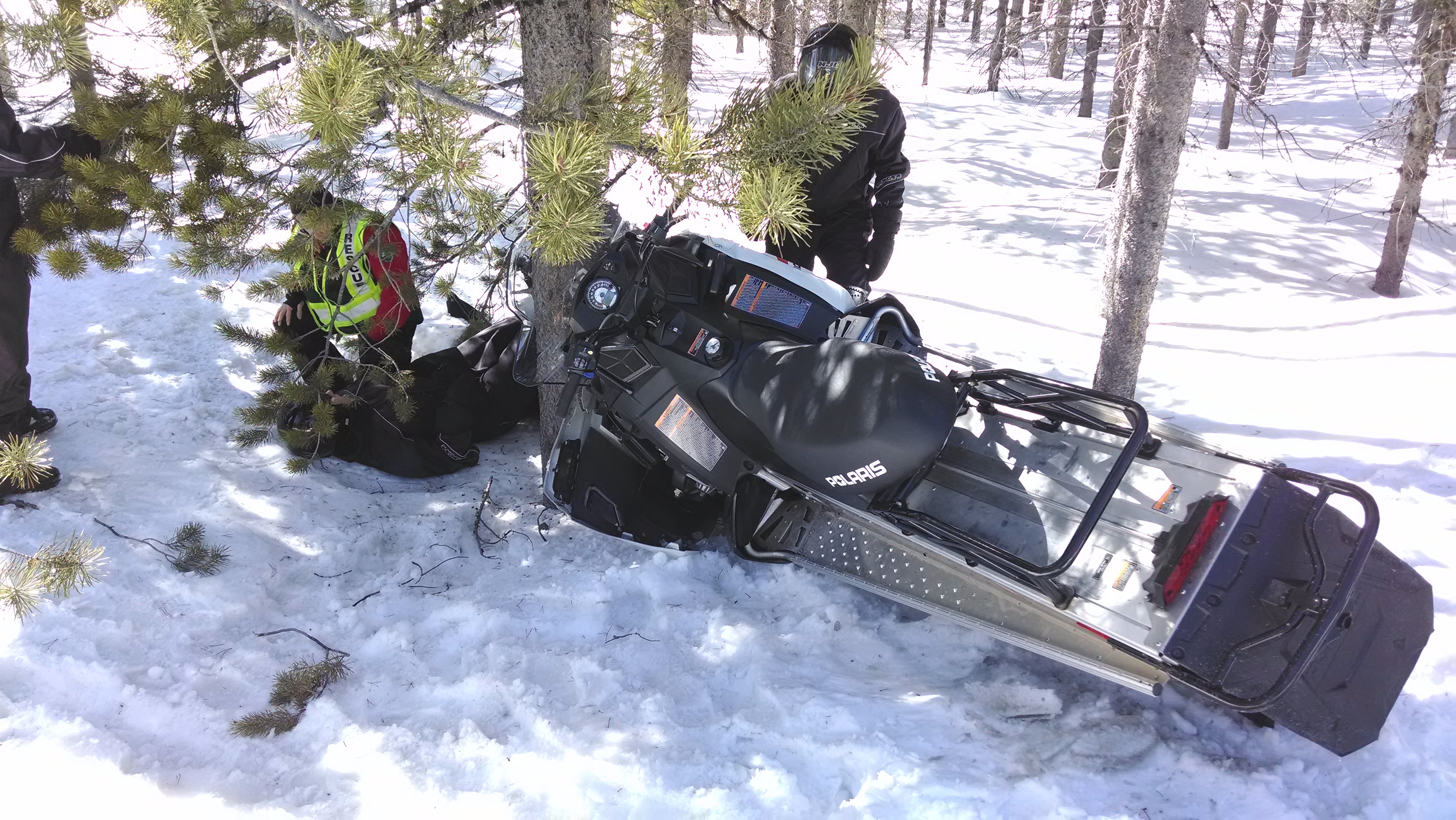