(Bozeman, Mont.)  At 3:50 p.m. today the Sheriff’ Office received a request from the 79 year old Clarkston resident.  He had some health issues and found that his home had been surrounded by water several feet deep.  The Clarkston Fire Department, Sheriff’s Deputies and Sheriff’s Search and Rescue responded and used a small inflatable rescue boat to bring the man to the roadway.  He was taken to Bozeman where the Red Cross provided shelter at a local motel.  This was the only evacuation conducted by the Sheriff’s Office toady.   Information on flooding conditions and safety precautions can be found and www.readygallatin.com  Photo courtesy of Gallatin Co. Sheriff’s Office.#### 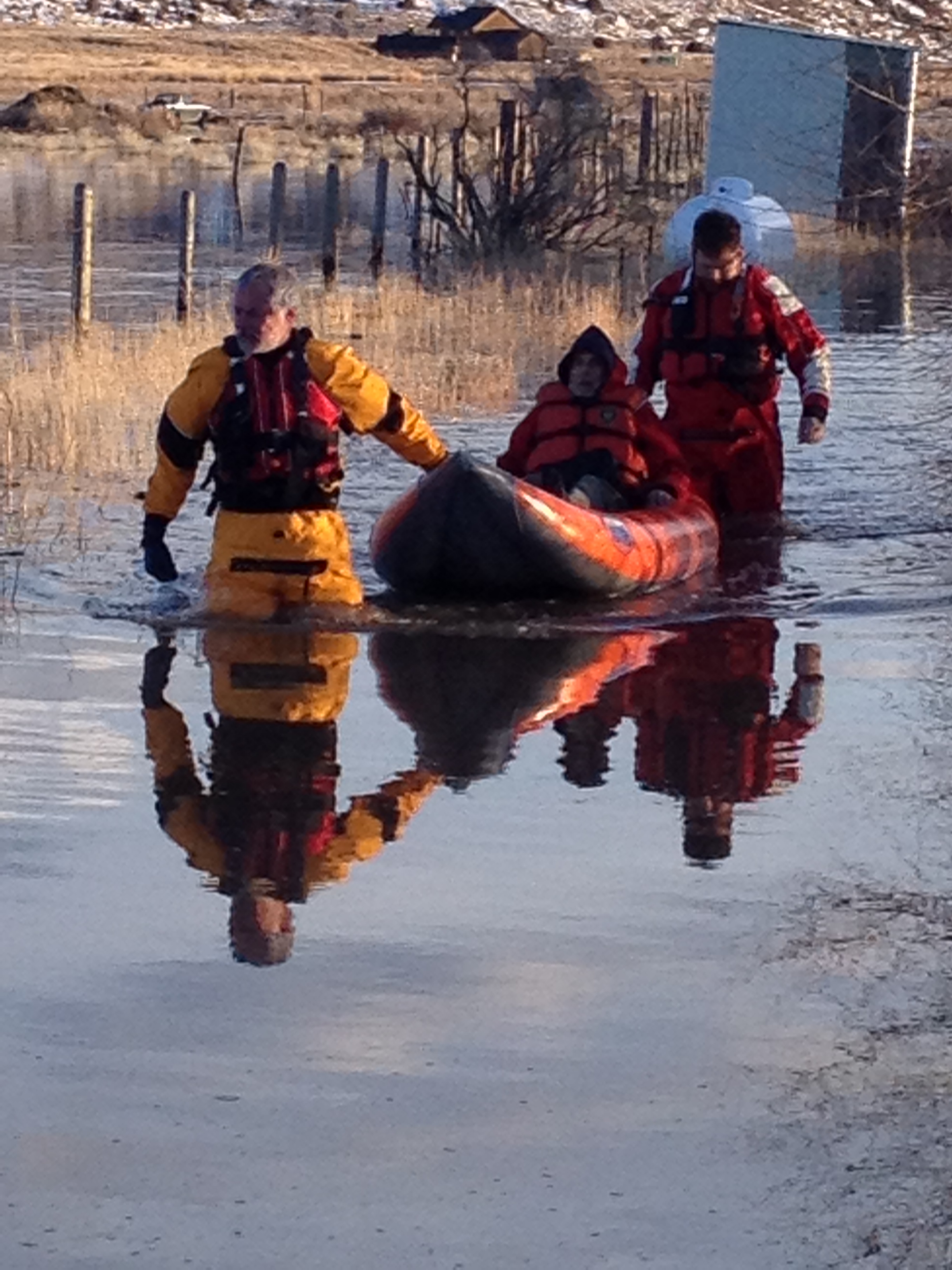 GCSO Looking for a Suspect