Two skiers in the area observed the skier who was caught in the avalanche, they quickly located the skier and attempted to resuscitate.

Thirty-six year-old Peter Lazar of Bozeman was pronounced dead at the scene due to injuries sustained from the avalanche.

On February 25, 2019, at 1408 hours, Big Sky Fire and Gallatin County Sheriff’s Office responded to a report of an unresponsive, cold to the touch, 32 year old female at a residence on Aspen Leaf Drive.

Whitney Versteeg was deceased and a subsequent investigation indicated the death was from Complications of Alcoholism. 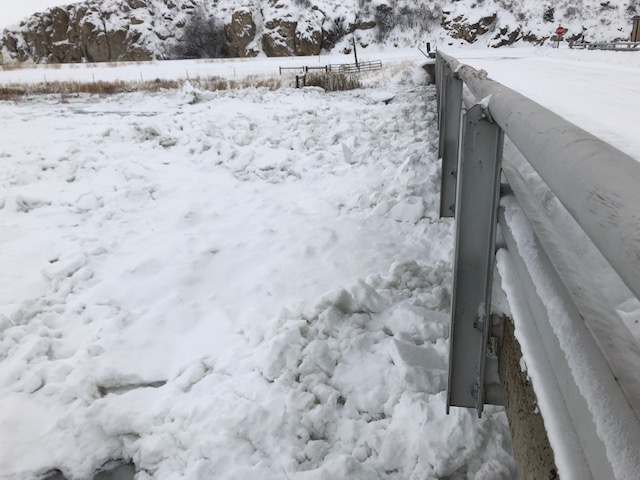 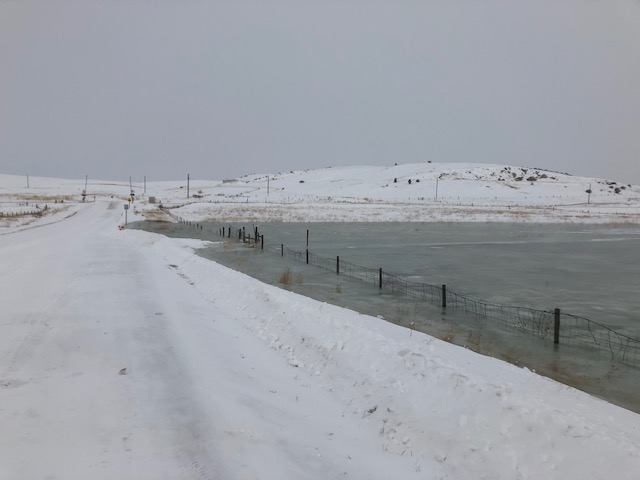 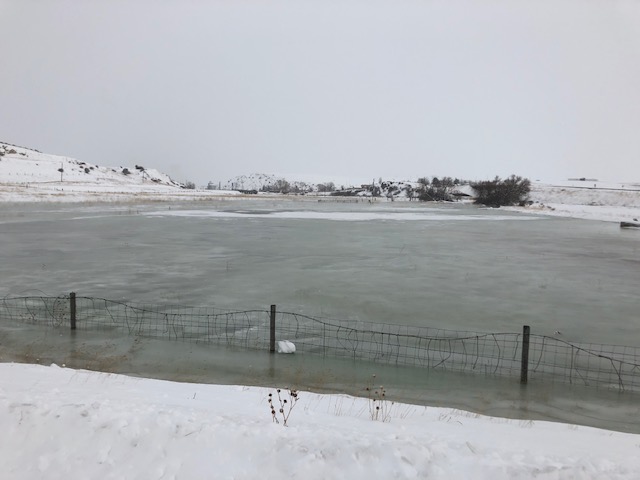 On February 25, 2019, Big Sky Fire and Gallatin County Sheriff’s Office responded to a report of an unresponsive, cold to the touch, 32 year old female.

Whitney Versteeg was deceased and a subsequent investigation indicated the death was from natural causes. 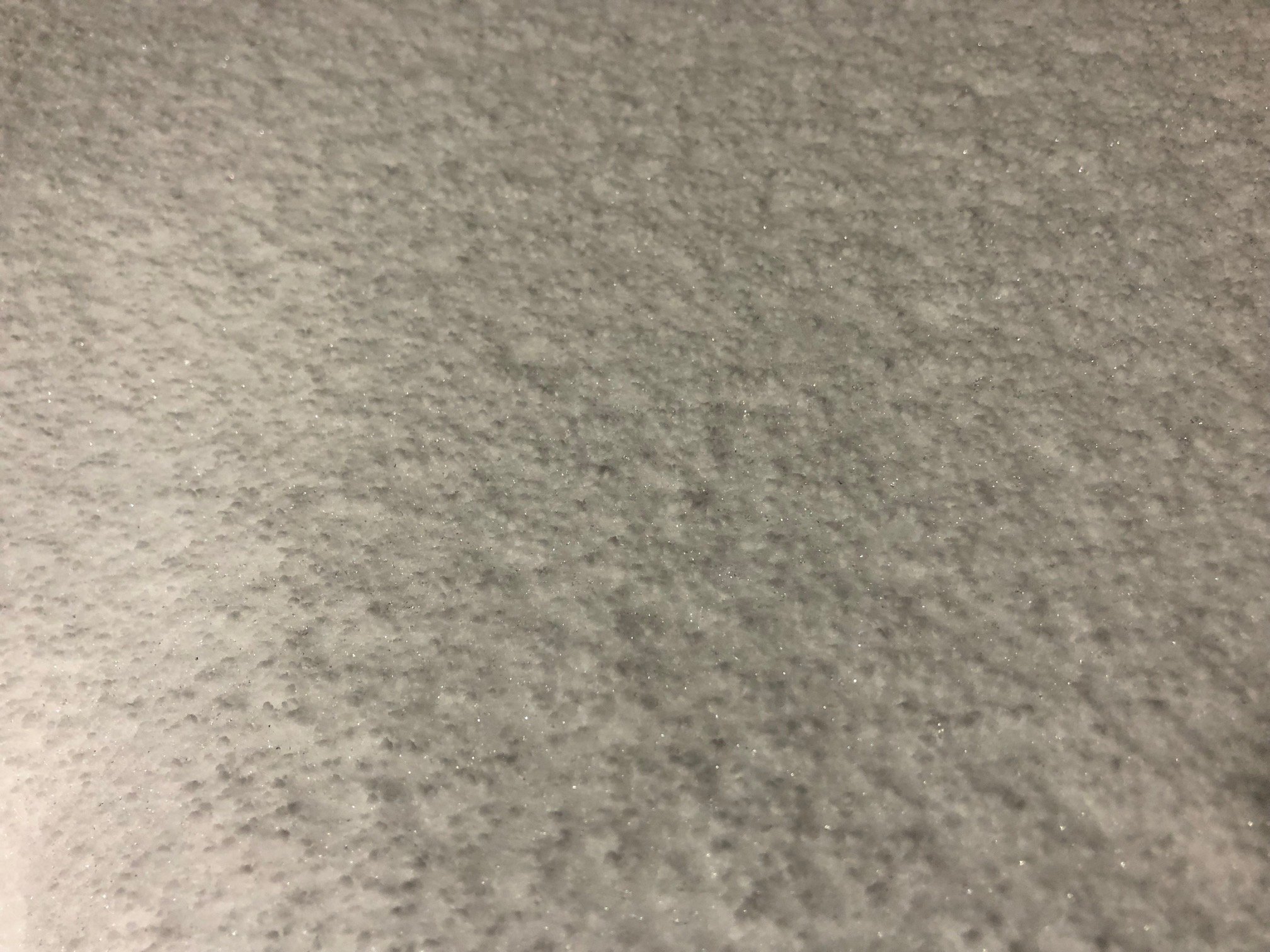 (Big Sky, Mont.) On February 19th at 2:51, a 9-year-old boy from Carlisle, MA was reported missing by his father. The boy went missing near the junction of Middle Road and Lobo Ski Run at Big Sky Ski Resort. Shortly after the report, the boy was found deceased in a tree well. He died due to blunt force injuries caused by hitting a tree on a steep slope. 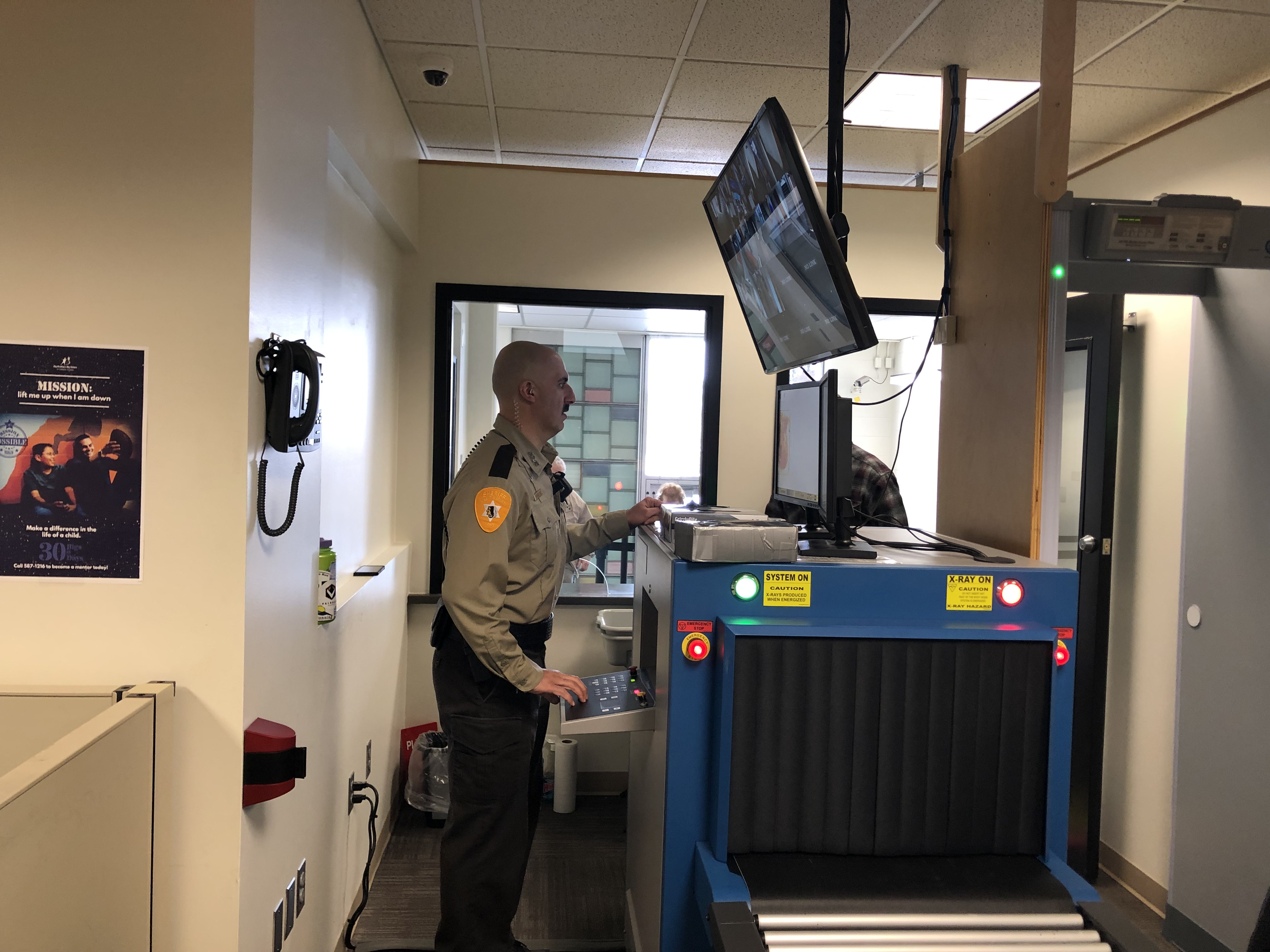 To increase safety for everyone who uses the Law and Justice Center, there will now be one entrance for the public coming into the building, located at 615 S. 16th Ave., where people will be screened for weapons, which are not allowed in the facility.

That entrance will be on the southwest side of the building. There, people will be greeted at a window by security, staffed by the Gallatin County Sheriff’s Office. Bags will be put through a scanner, and people will walk through a metal detector.

Folks unable to use the stairs will be screened at the building’s north entrance.

The main entrance will be staffed Monday through Friday, from 7 a.m. to 5 p.m. For anyone wishing to come to the Law and Justice Center after hours, on weekends or on holidays, they can push a button at the entrance and someone will come screen them.

Signs have been posted around the building to remind people of these new protocols.

People are encouraged to get to the Law and Justice Center at least 10 minutes early to be screened. Around 8 a.m. is the busiest time at the building, so if possible, the public is also asked to try to find alternate times to visit the facility.

Sheriff Brian Gootkin said the new process is bound to include some growing pains and inconveniences at first.

But, the sheriff said, “Most importantly, it’s the right thing to do.”

There have been serious security incidents in the building in the past, and this new screening process will hopefully keep similar or worse incidents from happening in the future, the sheriff said.

In addition to the new screening process, additional electronic surveillance has been added throughout the Law and Justice Center.

The Law and Justice Center is the only county courthouse in Montana with this level of security. 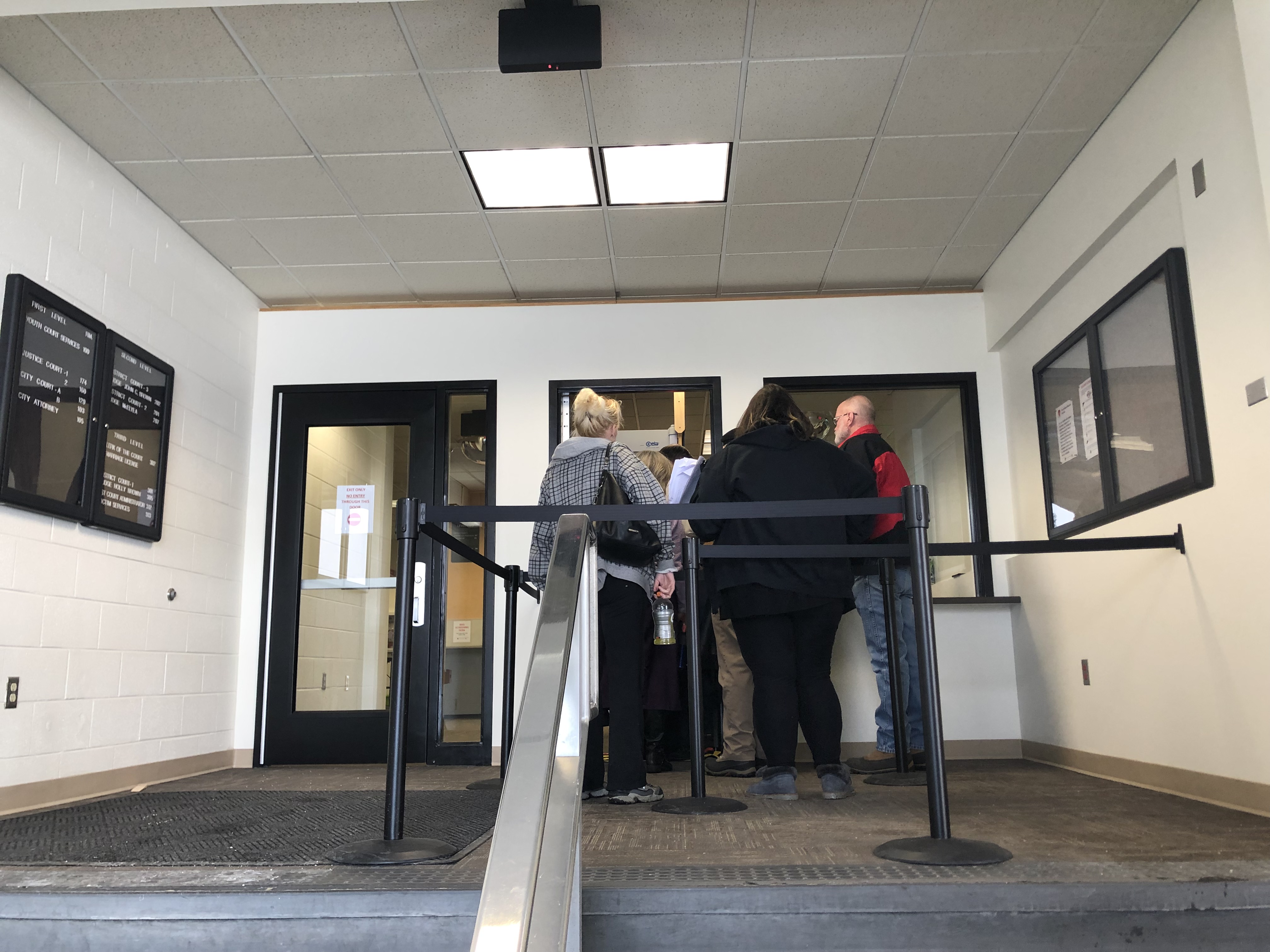 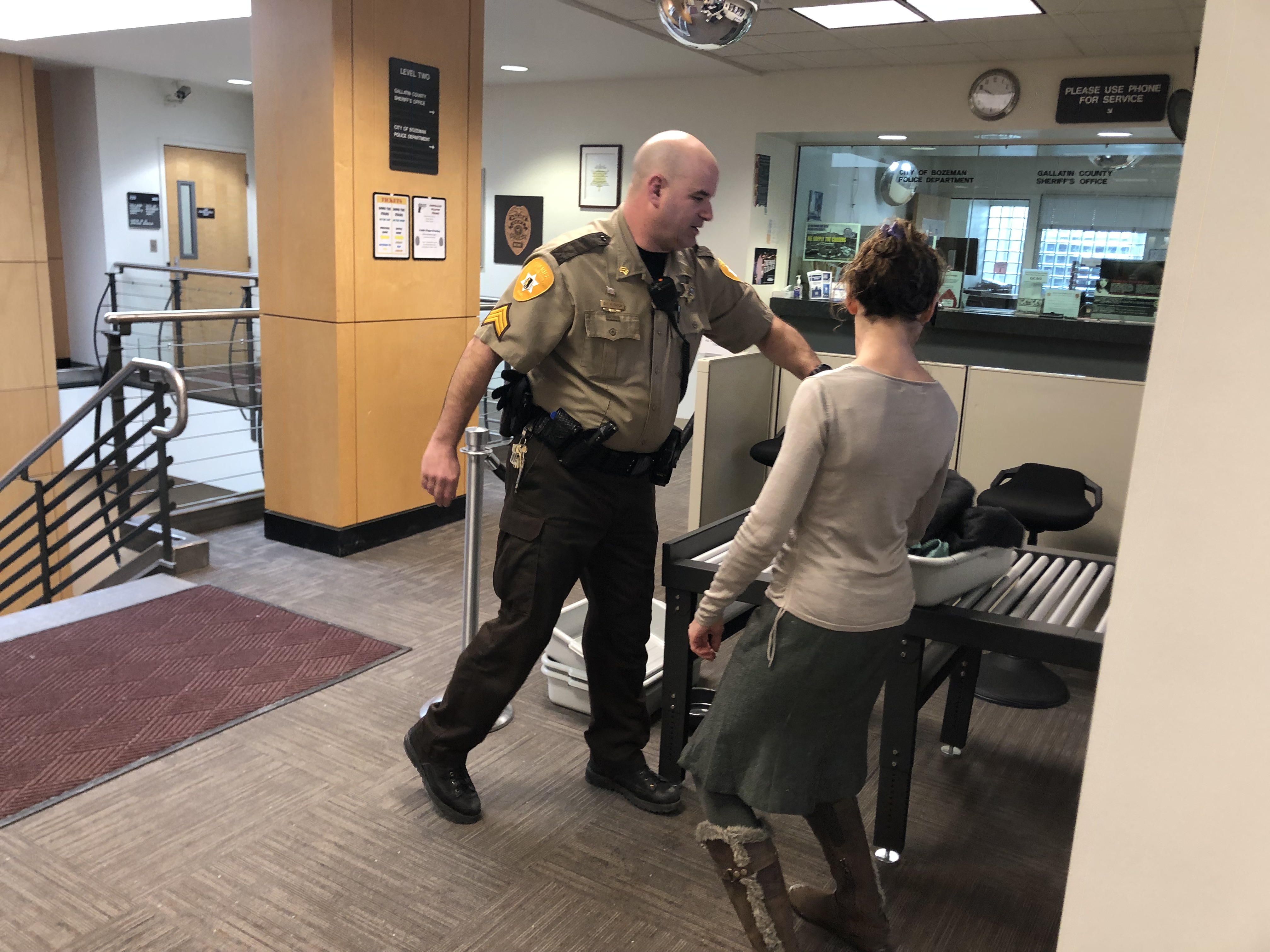 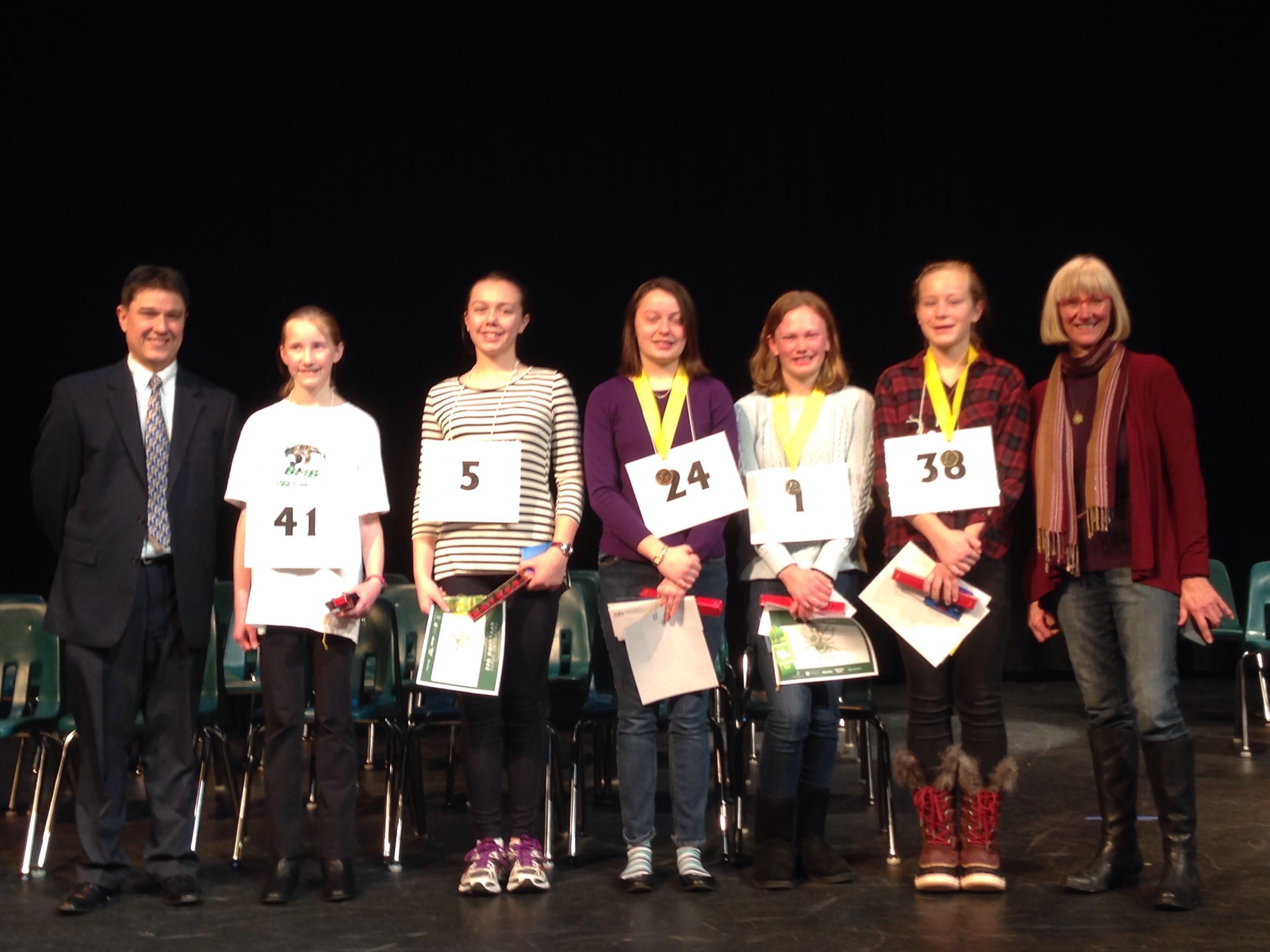 The 2019 Gallatin County Spelling Bee will be held on Saturday, Feb. 23 at 9 a.m. in the Hager Auditorium of the Museum of the Rockies in Bozeman.

One of the oldest academic competitions in the area, the bee features the top spellers in grades 4 through 8 from all public and non-public schools in the county, representing a field of over 6,000 contestants.

Sixty spellers from over 40 public, private and home schools will compete for the top three places and a chance to represent Gallatin County at the Treasure State Spelling Bee to be held in March in Billings. 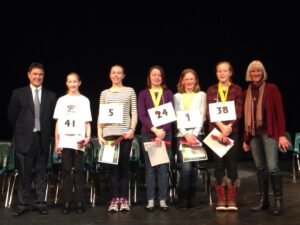 Tuesday at 2:02 p.m. West Yellowstone Police Department dispatch received a 911 call from a snowmobiler reporting that a member of his group had crashed and broken his femur. The injured snowmobiler, a 44 year old male from Minnesota, was in the Cabin Creek area 12 miles north of West Yellowstone.

Rescuers made their way to the patient who was located in a steep canyon with high avalanche danger. Despite the patient’s severe pain, rescuers were able to package him onto a narrow toboggan sled. Meanwhile, a helicopter from Reach Air Medical Services was able to find a suitable place to land. Rescuers transported the patient to the helicopter, which then transported him to Bozeman Deaconess Hospital for treatment.

Gallatin County Sheriff Brian Gootkin would like to thank all the volunteers and others involved with our Search and Rescue missions in Gallatin County. The inclement weather combined with significant snow fall created substantial challenges to rescuers and rescued alike. Snowmobilers are reminded to ride within their abilities and give special attention to the terrain and avalanche danger when choosing riding areas. 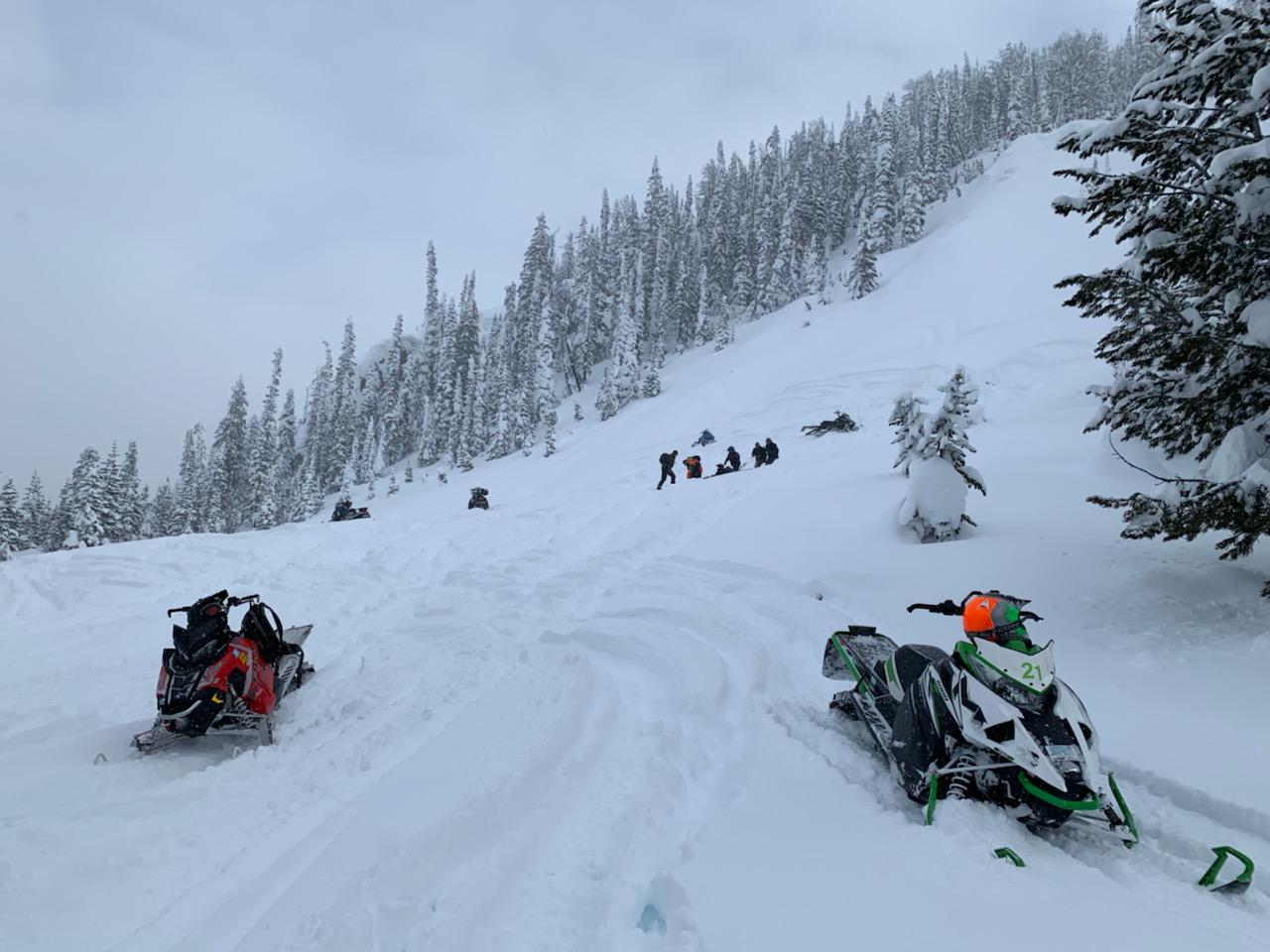 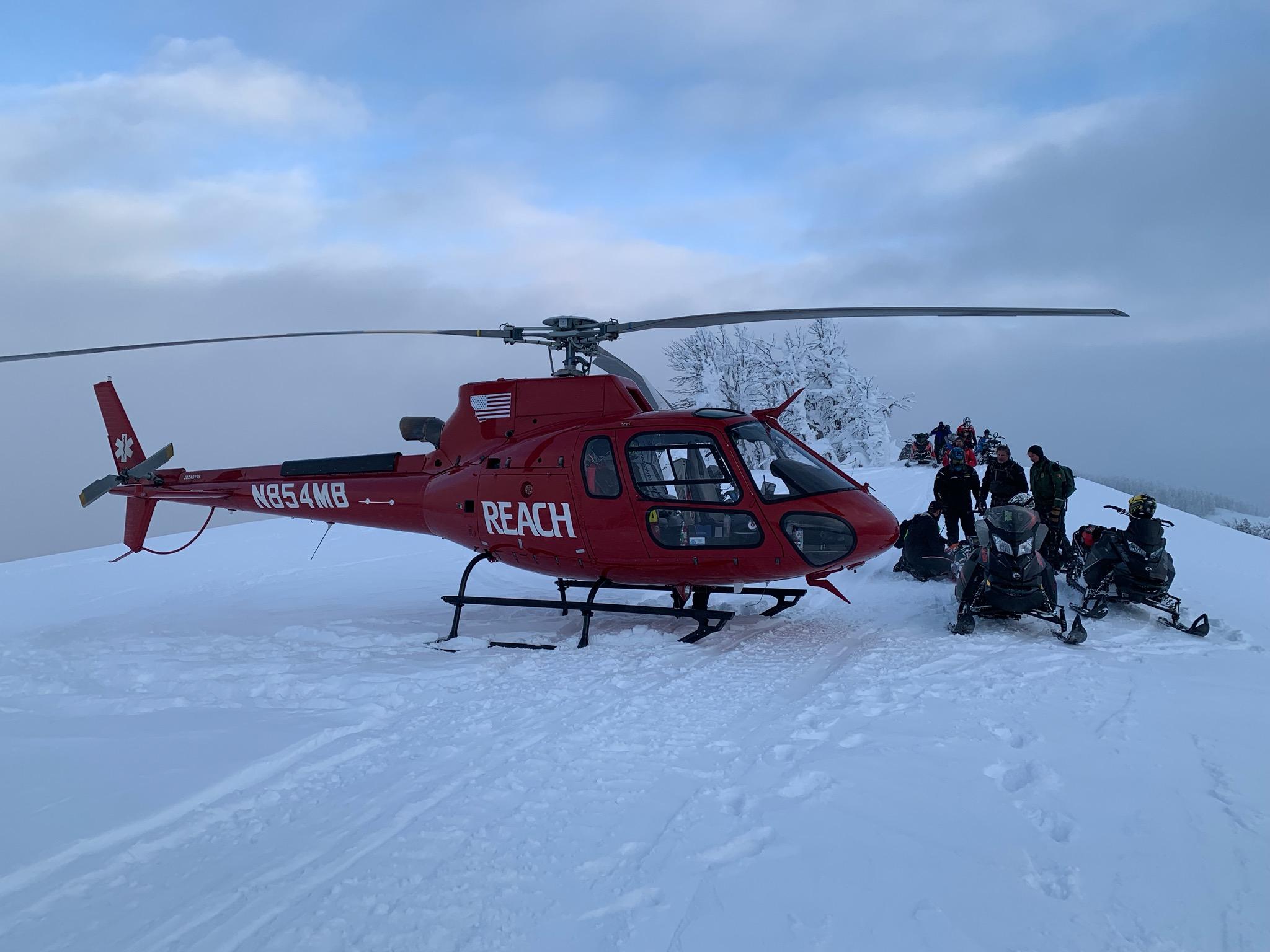