(Gallatin County, Mont.) Today at about 1:15 p.m. Sheriff’s Search and Rescue was dispatched to Flathead Pass North of Bozeman for an injured ATV rider.  A group of 5 visiting a friend in Belgrade were riding over Flathead Pass Road.  During a steep portion of the ride one of them lost control and ended up rolling down a steep hill.  During the tumble the ATV rolled over him causing a serious leg injury.  A Search and Rescue volunteer was hunting in the area and was able to reach the party very quickly.  The patient was transported off the mountain by Search and Rescue then taken to Bozeman Deaconess by ambulance.

(Gallatin County, Mont.) The Office of the Sheriff/Coroner today identified the victim of the vehicle crash near West Yellowstone last night.  20 year old Joseph J. Morelli was from Park City Utah and an MSU student.  The crash is being investigated by the Montana Highway Patrol.  ######

(Gallatin County. Mont.) At about 6:00 p.m. this evening Sheriff’s Search and Rescue Volunteers were dispatched to the second call of the day for a mountain biker injured in a crash south of Triple subdivision.  The 30 year old male graduate student from MSU was biking with his father when he crashed and severely injured his leg and hip.  Within an hour rescuers were able to reach him and move him out of the hills using a wheeled liter.  Several other bikers came upon the crash including a local doctor and were able to make the call for help and provide him with extra clothing to stay warm.  Photos courtesy of Gallatin County Sheriff’s Office. 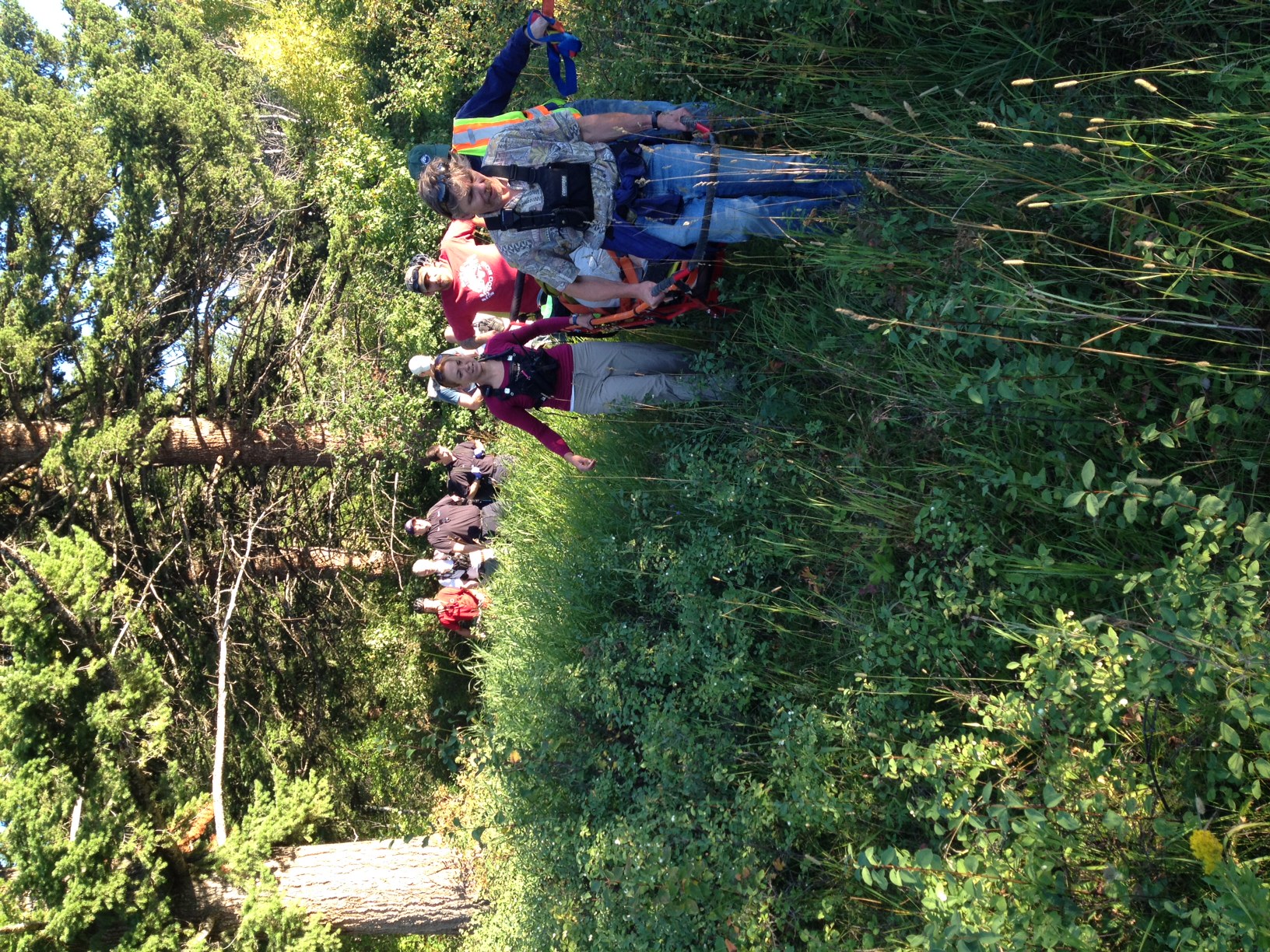 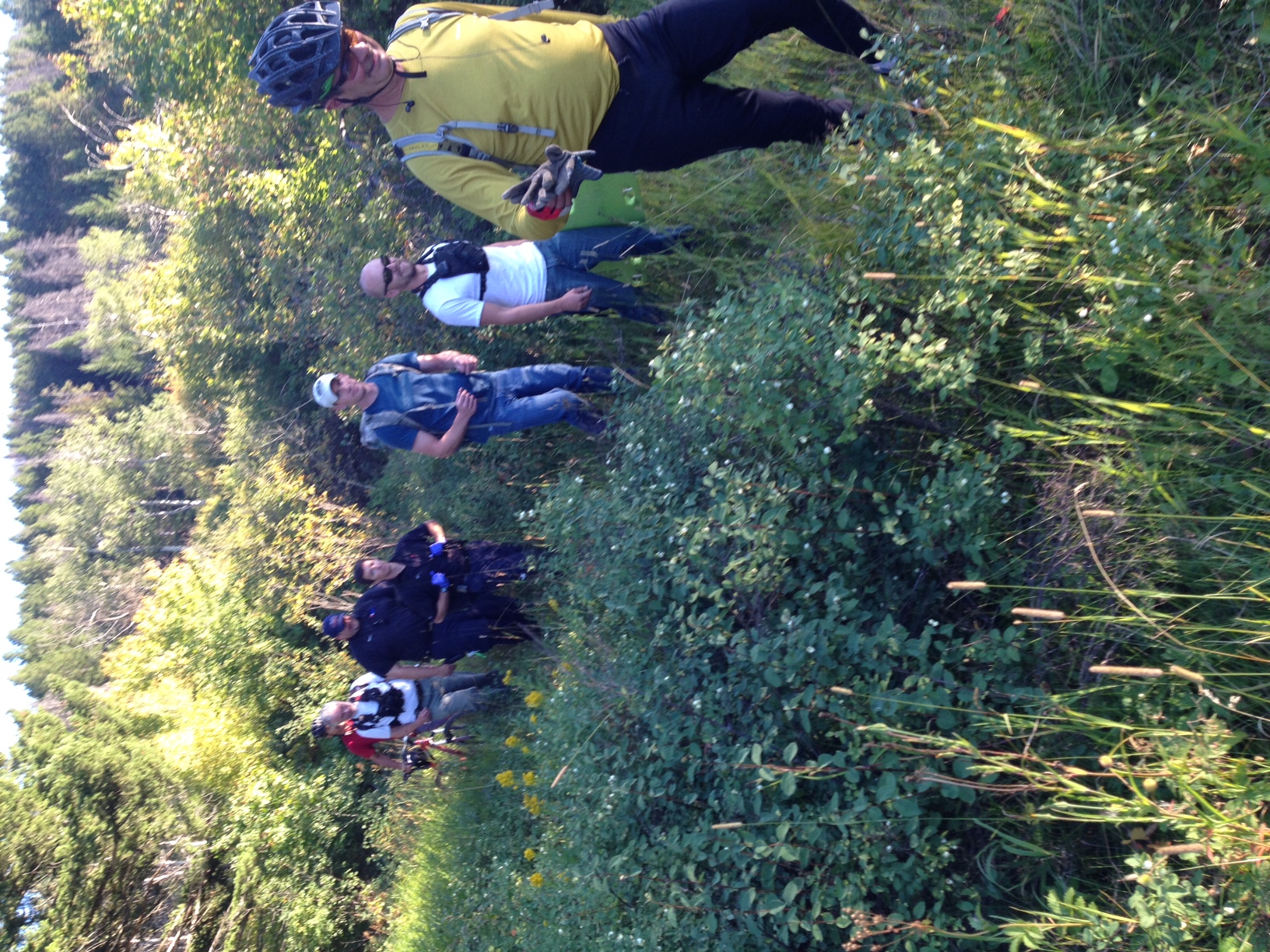 (Gallatin County, Mont.)  On Thursday evening the Gallatin County 9-1-1 Center received the report of an injured motorcyclist several miles above the Grotto Falls trailhead in Hyalite Canyon, near Hyalite Lake. At 7:00 p.m. a male called to report that his friend had injured his lower leg, was unable to walk.  Search and Rescue personnel were activated and responded to the trailhead.

Due to the rapidly dwindling daylight and a 4 hour hike for rescuers, the decision was made to launch a Search and Rescue helicopter to attempt to quickly locate the injured male. The SAR helicopter located the male west of Hyalite Lake, and dropped off two SAR personnel to assess and stabilize the 32 year old male.  Rescuers were able to haul the injured party to a landing zone that Summit Air Ambulance was able to utilize a few minutes later.

The Bozeman resident was packaged and loaded into the medical helicopter, and transported directly to Bozeman Deaconess Hospital. He was later found to have a compression fracture of his left tibia and fibula.

Sheriff Gootkin would like to take this opportunity to remind people of the value of being equipped and prepared to spend extra time in the backcountry, and to carry a reliable means of communication with them. Always hope for a great time recreating in our beautiful county, but be prepared for unanticipated trouble.

On September 5, 2014 at 2:31 p.m., the Gallatin County/Bozeman City 911 center received a report of an injured hiker on the popular “M” trail outside of Bozeman. It was reported that a 61 year-old female from Belgrade had hurt her ankle and needed help getting off of the mountain.  The hiker was said to be on the “steep” trail about halfway between the “M” and the trailhead.

Members from the Gallatin County Sheriff’s Search and Rescue, American Medical Response, Bridger Canyon Fire Department, and the Gallatin County Sheriff’s Office responded to the area.  The Search and Rescue team along with two EMTs from AMR quickly made their way to the patient.  The patient had an injured ankle and could not walk any further on her own.

The patient was stabilized and transported to the trailhead by using a one wheel litter and good old fashioned manpower.  The patient refused transport by ambulance and was taken to Bozeman Deaconess Hospital by private vehicle.

On September 4th, 2014, at approximately 3:57 p.m., the 911 dispatch center received a call from a canoeist requesting assistance.  The caller said that an elderly female was on a canoe trip with family and friends on the South Fork of the Madison River near West Yellowstone.  The canoe she was riding in capsized and she injured her knees. Navigating the river was above the group’s skill level and they decided to walk to the nearest road, which the female could not do because of her injury.

Personnel from Gallatin County Search and Rescue (West Yellowstone Division), the Sheriffs Office, Yellowstone National Park, and the U.S. Forest Service responded.  The responders quickly found the injured party who was a 75-year-old female from Salt Lake City, Utah.  They assisted her to a nearby road where a Hebgen Basin Fire Department ambulance was waiting.  The patient decided not to go to the hospital and was given a ride home by a deputy sheriff.

Fire districts in Gallatin County are once again allowing open burning. Fire officials agree it is an appropriate step to re-open controlled burning considering the recent rain, cooler weather, and shorter days. The controlled burning season ends November 30th .
Residents are asked to continue to take precautions to ensure their controlled burn does not escape. If you are burning, fire officials ask that you don’t burn on dry, windy days; that you place debris in a cleared area away from overhead branches and wires; that you have a reliable water source nearby; and to be sure to stay with your fire until it is out.
Permits can be activated at http://burnpermit.mt.gov . More information on safe burning can be found on the burn permit website by following the instructions link.

​(Gallatin County, Mont.). On Saturday, August 30th, around 4:15 pm, the Gallatin County Sheriff’s Office and the Big Sky, Hams Radio, and Helicopter groups of the Sheriff’s Search and Rescue Division responded to a backcountry search in a remote part of the Spanish Peaks Wilderness. Two 18 year old MSU students were hiking near Gallatin Peak when they left the trail they were on and became disoriented. The students were dressed in shorts and rain jackets. The only emergency equipment they carried were headlamps, water, and cell phones. Stormy weather in the area, including blizzard-like snowfall and heavy lightning, further compounded the danger the students faced.
​Multiple ground teams began to head towards the students, but due to the weather and remoteness of the area did not expect to arrive on scene for at least four or five hours. A break in the weather allowed a helicopter to search the area before darkness and further poor weather set in. The helicopter search was unsuccessful in locating the students. Additionally, the students cell phones’ batteries were dying and they were forced by the weather to move from where they had cell phone reception. A communications schedule was arranged with the students to save their cell phone battery power by turning the phones off until an appointed time. However, there was no further communication with them at the next scheduled time.
​A ground team eventually located the students walking on a trail near the upper end of Bear Basin. Rescuers escorted the students, who reported being cold, tired, and scratched up but otherwise unharmed, back to their vehicle. The students told rescuers that lightning had been hitting so close to them that they could feel the electricity and that one of them “saw blue” for several seconds. The students stated at one point lightning struck between them. The students also saw the search helicopter several times and tried to get its attention by waving their arms and flashing their headlamps at it.
​Sheriff Gootkin would like to remind people going into remote areas of southwest Montana’s backcountry to be prepared for emergencies. The weather, especially in the high country, can change rapidly, and realize that the further you go the longer it will take rescuers to reach you. If you become lost and have summoned help, stay where you are, especially if you are in communication with rescuers. Carry clothes and equipment for changing weather and the possibility of having to shelter overnight. Carry food, water, a means of communication, and navigational aids such as compasses and maps, GPS, or SPOT. Above all, always carry a means to make a fire. A fire’s warmth may be the difference between life and death in an emergency. A fire will also help searchers locate you. Photos courtesy of Search and Rescue ##### 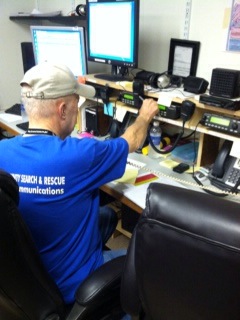 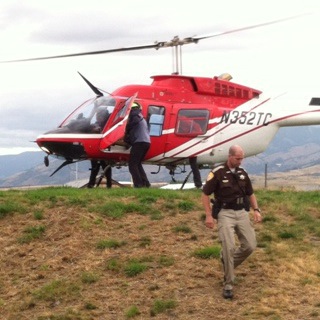 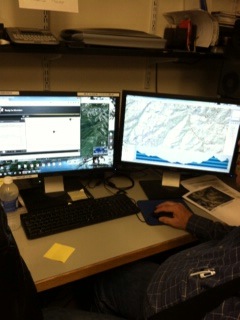 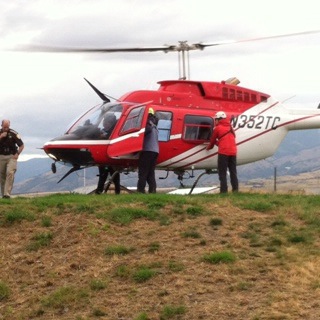