(Bozeman)  More than two dozen Gallatin County Search and Rescue personnel responded to the report of a skier caught in an avalanche Sunday afternoon in the Saddle Peak area, south of Bridger Bowl.

According to Sheriff’s Incident Commander Deputy Mark Hernandez a 35-year old male from Bozeman, skiing the back country triggered an avalanche that pulled him 50-feet down-slope before he managed to get himself out.  That avalanche triggered a far larger, secondary avalanche that slid 1,000 feet down the mountain-side.

Two other skiers in the area saw the second slide, spotted a set of ski tracks that abruptly ended at the beginning of the first slide and called 9-1-1.

Rescue Heli-skiers, snowmobilers and search dogs staged the main parking lot of Bridger Bowl to begin a search when they found out the skier was okay.

GCSO officials also learned that another late season, backcountry skier, was caught in a slide in the Fairy Lake area Saturday.  The skier was not seriously injured.

Deputy Hernandez says, “The Bridger Mountain range received 43 inches of snow in the past 24 hours.  While that might be tempting for skiers, the snow is heavy, wet and unstable.  A very bad combination.  Today we were lucky, nobody was hurt or worse.  Late season skiers need to keep those conditions in mind.”

Sheriff Gootkin reminds back-country enthusiasts that they should never travel alone and that having an avalanche beacon with them is vital.  It’s also important to let folks know where you intend to ski and when you expect to be back.

The Gallatin County Sheriff’s Office will hold a press conference to introduce the new 24/7 Sobriety Program on Monday, April 30, 2012. This program allows Judges to order individuals charged with 2nd or subsequent DUIs to the Jail twice a day. The purpose of the program is to have defendants report to the jail in the morning before work, and evening after work to submit a sobriety breath test.

Sheriff Gootkin will be accompanied by local Police Chiefs, Lewis and Clark County Sheriff Leo Dutton, Montana Highway Patrol Colonel Mike Tooley, and Commissioner Steve White. We will explain the program to the public and answer any questions. The conference will be held in the Jail community room at 9:00 AM. We look forward to seeing you there.

On April 22, 2012, at approximately 2:40 am, a female caller reported that she and her boyfriend had been involved in a single-vehicle accident at milepost 9 on Bridger Canyon Road.  Responding deputies, the Montana Highway Patrol and AMR found that 20-year-old Jared Lawley of Bozeman  had been ejected from the vehicle and had died prior to their arrival.  The female was transported to BDH for injuries sustained in the accident.  The accident is under investigation by the Montana Highway Patrol.

Sheriff Brian Gootkin is hosting a contest to design the future look of the Gallatin County Sheriff’s Office patrol vehicles. This contest is open to all Gallatin County school aged children from Kindergarten to 12th grade.

The Sheriff’s Office is dedicated to serving our community and appreciates input from those we serve. It is this core belief that generated the idea that our children have input into the design and the look of the patrol vehicles that serve you.

You can log onto our website at www.gallatin.mt.gov/sheriff to download a picture of the Ford Police Interceptor to use as your base model for your design. This vehicle is the new police vehicle offered by Ford, that Gallatin County has purchased.

If your school has an interest, please contact School Resource Officer, Paul Griffin at paul.griffin@gallatin.mt.gov / 582-2117.  We will assign a Deputy to assist the school with the following criteria and process:

The winning school will be proudly displayed on our new vehicles.  All entries must be submitted to the “Patrol Vehicle Design Contest” Gallatin County Sheriff’s Office, 615 South 16th Avenue, Bozeman, MT  59715 by May 12th, 2012.

The winning design entry will be selected by members of the Sheriff’s Office. Sheriff Gootkin will hold a press conference to announce and introduce the winning students.

(Gallatin County,Mont)  OnSunday April 14, 2012, at6:01 pm, a snowmobile rental company inWest Yellowstonereported that they rented a snowmobile to a man that was due back at5:00 pmbut had not returned.  The caller said that he was riding alone and believed to be in the Two Top area.

Personnel from theWest Yellowstonedivision of Sheriff’s Search and Rescue, the U.S. Forest Service and the West Yellowstone Police Department conducted the search.

Sheriff’s Office Search managers were concerned because the rider was unfamiliar with the area, did not have any survival gear, and the temperatures were going to dip to 20 degrees.  There was a lot of area to cover and not much daylight left.

A search team on snowmobiles was quickly deployed along with a helicopter from Summit Air Ambulance based inBozeman.

At 8:16 pm, the overdue snowmobiler was located by personnel in the helicopter.  The search team on the ground had found the snowmobiler’s footprints and was following the tracks when the helicopter team found him.  The team transported the man to the highway where he was picked up another team from Gallatin County Search and Rescue.

The 30 year old male had recently moved to Chicago, Illinois, from the Ukraine.  He got into trouble when he left the snowmobile trail and went down a steep incline that he could not get back up.  He rode in the trees trying to find a way out but repeatedly got stuck.  He eventually abandoned his snowmobile and struck out on foot.  He walked approximately eight miles before searchers found him.  He was not injured and very appreciative of the search efforts.

Sheriff Gootkin reminds backcountry users to not travel alone, have a form of communication, and be prepared for emergencies. ##### 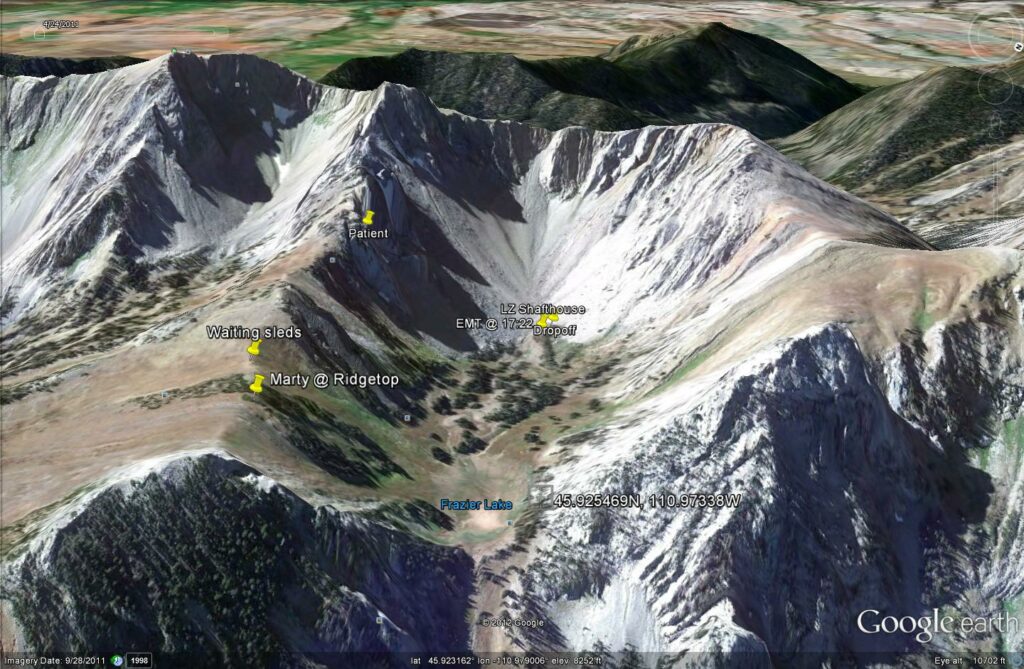 During the early morning hours of April 8, 2012, the Gallatin County Sheriff’s Office received a tip from a concerned citizen in River Rock Subdivision.  Shortly thereafter Patrol Deputies were involved in a foot pursuit and placed (3) individuals into custody for vehicle break ins in the River Rock Subdivision.  Patrol Deputies worked with Detectives and later identified (2) more suspects.  These suspects may have been involved with the thefts that occurred in River Rock on the weekend of March 25th.   Numerous items have been recovered to include: Cell phones, Money, I-Pods, Computer, numerous charging cords, Snowboard, and clothing items.  The investigation and search warrants are ongoing, with the anticipation of further arrests.  There may be more break ins that have occurred and not been reported.  If you have information please call your Sheriff’s Office Detective Division at (406) 582-2121.

“This is an excellent example of the community and law enforcement working together to catch criminals.  The phone call from a citizen may have prevented further victims.”  Sheriff Brian Gootkin also asks that people remain vigilant by locking their vehicles, residences, and businesses.  Continue to report any suspicious activities in your neighborhoods and we will continue our “presence” in our subdivisions.

On April 7, 2012, The Gallatin County Sheriff’s Office received a call asking for assistance in locating a mountain biker somewhere on Horseshoe Cottonwood Road. The biker was on a ride and the road had become impassible due to the recent wet weather. The biker was unable to ride the bike any further because the mud had gotten caked onto the rear wheel.

Approximately 20 volunteers from the Sheriff’s Search and Rescue were called in to assist in locating the missing biker. The biker who was prepared for the conditions and had a fully charged cell phone was located and brought back down the road. 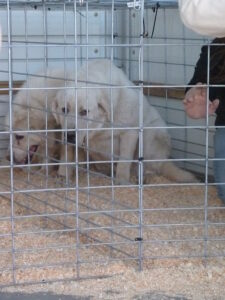 The Gallatin County Sheriff’s Office has recently received numerous reports of thefts involving vehicle break-ins in multiple Gallatin Valley subdivisions including River Rock, Landmark, and Summer Ridge. Both locked and unlocked vehicles are being entered and multiple items are being taken. These items include but are not limited to a handgun, camera, backpack, air pistol, digital book reader, ammunition, and head phones. Victims have reported that the thefts have occurred at night and early in the morning. In addition, victims have reported that two males were seen and/or heard in the immediate area at the time of the thefts.

The Sheriff’s Office will be conducting additional patrols in our subdivisions both in marked and unmarked vehicles through all hours of the day. Here are some helpful tips to remember when you are parking your vehicle. Take your valuables with you, lock your doors, and report any suspicious activity to dispatch (911). Please provide a physical / clothing description and direction of travel of any suspects when calling dispatch. License plate number(s), when applicable, are especially critical.

Please remember that we want the public to contact us with anything that appears suspicious. Many crimes are solved with information that people don’t want to “bother” us with. It is not a bother, it’s our job! Anyone with information concerning these thefts is asked to contact dispatch at (406) 582-2100. Thank you,